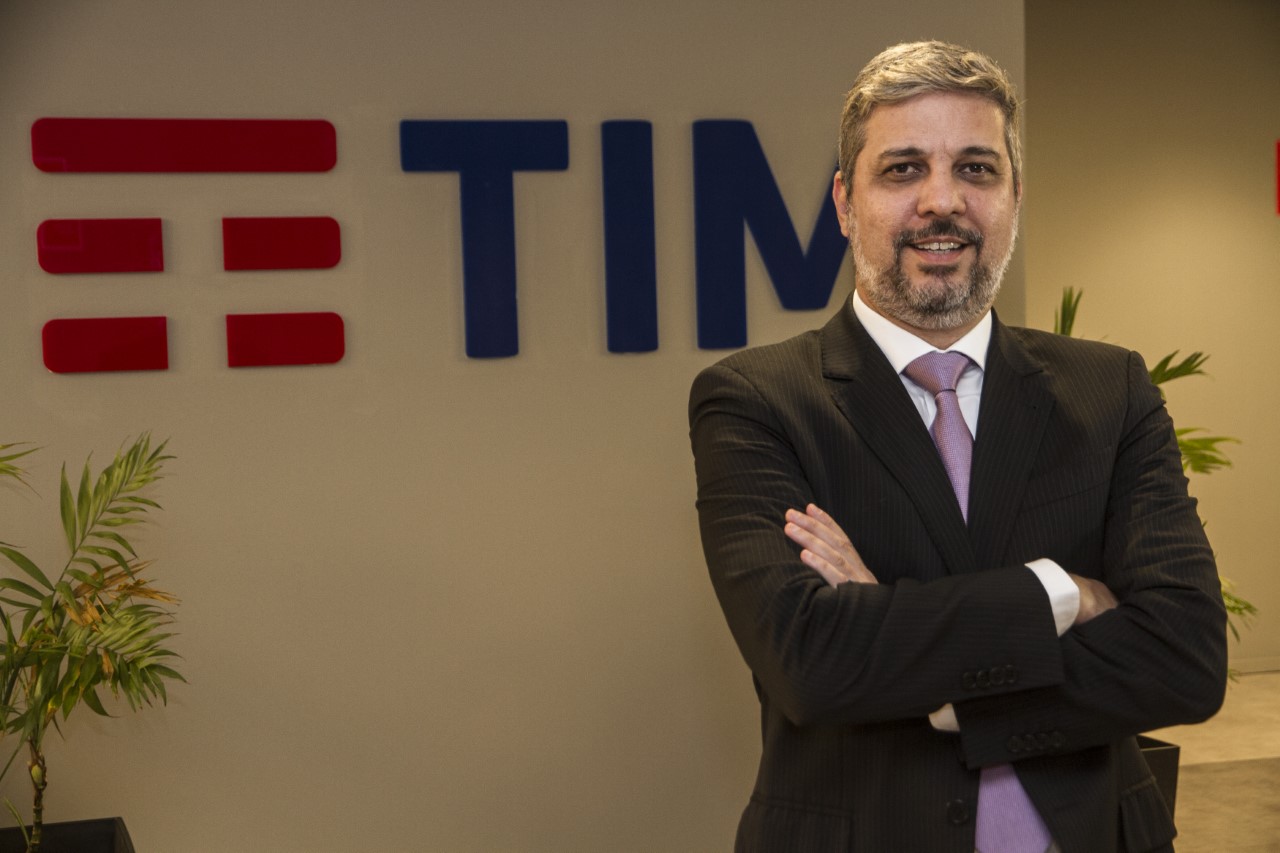 Brazilian telco TIM is betting on ramping up industrial IoT. The end-goal is to open up a new growth avenue and capture opportunities from the industry 4.0 trend and overall corporate digitization needs.

The Italian-owned company just announced that its LPWA (low-power wide-area) network, used to connect IoT applications, has been upgraded to the NB-IoT 2 protocol defined by global cellular standardization body 3GPP. According to TIM, the upgraded network offers speeds up to three times faster than the previous NB-IoT 1 version.

The telco also announced it just connected with a dedicated 4G network some 7mn hectares of Citrosuco, one of the world’s largest orange juice companies, for another IoT project in agribusiness. The project included digital infrastructure to monitor trucks between farms and factories to increase productivity and reduce losses.

In this interview, Alexandre Dal Forno, TIM’s head of IoT, talks about the company’s perspectives for IoT applications and the connectivity projects underway.

BNamericas: TIM targets at least five segments when it comes to industrial IoT connectivity. Would you say agriculture is the main one?

Dal Forno: Without a doubt, agribusiness is one of our priority verticals.

It was the vertical we first worked on, about five years ago, one we tried to understand in more detail. Agriculture in Brazil is booming, but still grapples with a great lack of connectivity. We saw this opportunity and went for it.

We worked both to create a solution that would be suitable to the sector, using 4G at 700MHz, and to foster the ecosystem through [industry consortium] ConectarAgro.

BNamericas: It’s the sector to which TIM has been most dedicated in IoT, isn't it?

Dal Forno: It's the one where we’re most developed. The one we've been leading longer.

We now have other verticals, as you said yourself. Mining... smart cities, which was one we were out of, and now we’re working very hard on, with all the possibilities of smart lighting PPPs, through the platform that we developed in partnership with M2M Telemetria.

This solution [for smart lighting] uses our NB-IoT [narrow band] network, our eSIM solution, and is well-suited to the needs of PPPs for public lighting management.

BNamericas: AGCO, one of TIM's partners in ConectarAgro, mentioned a couple of years ago the possibility of taking the initiative to Argentine farmers. Does that make sense, even if TIM doesn’t operate in the country?

Dal Forno: Agricultural machinery companies which are part of the group would like to have something similar in Argentina. As we don't have an operation there, we ended up not being able to help.

But the same need that the agriculture sector has in Brazil, it also has in Argentina, albeit on a smaller scale. It’s a need that needs to be addressed.

BNamericas: When we talk about 5G and IoT, do you believe that the full potential of the new technology will only come with millimeter wave bands (at 26GHz) or does the 3.5GHz band already serve this type of connectivity well?

I understand that 3.5GHz can be, and is, an interesting frequency [for IoT]. We have the case with [carmaker] Stellantis, using a 5G network with edge computing for a video analytics solution at their factory in Pernambuco, and several other projects in progress. Projects that use 3.5GHz to create private networks for industry.

The 26GHz frequency will be very interesting, but only in a couple of years when its ecosystem develops. For now, costs are still high, both for radiation equipment and mainly for CPE [customer premises equipment].

3.5GHz still needs a little more scaling, but it's a standard that’s already consolidating. And with the public network [the activation of commercial networks in 3.5GHz, scheduled for the next few months], we should see more and more cheaper CPEs and modules [for this frequency].

BNamericas: In what applications do you envision 26GHz for IoT?

Dal Forno: Very much in manufacturing, for example, to create networks for production lines, warehouses...

I think this frequency will be a key differential for operators to work, in the future, with solutions for private networks in indoor environments.

BNamericas: But that's for the next two years.

Dal Forno: It's a two-year estimate, because of the issue of the ecosystem of devices and CPEs. Maybe a bit sooner than that.

Fortunately, the time for a new technology to develop and become accessible is getting shorter. The market of modules and chipset manufacturers is also pushing hard to have more cost-effective devices for that frequency.

BNamericas: Are you working on 26GHz IoT pilots, as you are doing in 3.5GHz?

BNamericas: Like TIM, other operators are betting on partnerships to provide solutions for both the corporate sector and the end-consumer. How does the company believe it differentiates from the rest there?

Dal Forno: Compared to the others, TIM doesn’t have legacy [outdated or declining technologies, such as copper] in fixed networks, so this also makes us able to experiment more, and with more agility, with the market.

Our strategy is to bring IoT solutions to market with integrators. We have great expertise in telecom. We are ahead in the market in terms of testing. I understand that partnering with integrators makes a lot of sense. I bet a lot on that.

BNamericas: TIM’s head of corporate solutions, Paulo Humberto, told me recently new contracts with mining companies would probably come out this year, in addition to those already announced with Anglo American, Alcoa and Lundin. How is this? And how does this fit in with the other segments TIM is betting on, such as the lighting PPPs?

Dal Forno: We have other mining clients that we're working with but due to confidentiality I cannot yet disclose [the names]. We expect to be able to announce them soon.

It’s a segment that goes hand in hand with the others we’re betting on. They don’t exclude each other.

Public lighting PPPs are popping up practically every day across Brazil. The government passed on this responsibility to the municipalities, which makes the process more agile.

And we’re seeing opportunities with partners with whom we jointly develop solutions, such as M2M.

We’re already in 4,100 municipalities with our NB-IoT network and now we have announced the update of this network to the NB-IoT 2 standard. It’s the first commercial NB-IoT 2 network in Brazil, I dare to say in Latin America.

Furthermore, M2M Telemetria has great expertise in the power segment, it’s a supplier to the main players in the sector and managed to develop robust, heat-resistant [smart grid] modules.

BNamericas: What is the strategy for the lighting PPPs? Does TIM come in before or after the bidding process?

Dal Forno: We have been approached by companies to partner even before the tenders although we’ve also worked with M2M on PPPs that already had winners defined. We start negotiations, we make a pilot.

BNamericas: How many contracts does TIM have with these PPPs?

Dal Forno: Yes, we already have some solutions installed.

Ours is an industrial solution that’s ready to go, off the shelf. Our NB-IoT network, due to its size and quality, is a great asset. It’s powerful.

To give you an idea, we managed to guarantee connectivity in the third basement of a building in São Paulo. It has great potential for many applications.

This is the case of smart grid, smart metering. We have other opportunities in this sector, many companies are looking for us. We’re working with some power companies for pilots. I strongly believe in this smart metering solution for power, gas and water utilities.

BNamericas: How about infrastructure?

Dal Forno: We have projects in that direction, too, although I'm not yet authorized to give details. Ports, highways, railroads.

In general, our strategy is to seek key customers for us to be able to test and leverage products. We work on the business model so that it makes sense for everyone involved. It's more or less at this stage that we're at.

BNamericas: There are some IoT projects involving LoRa [long range] technology being developed, for example in the port of Santos.

Dal Forno: LoRa technology is a competitor of ours. We bet all our chips on 3GPP networks, on NB-IoT.

There’s space for everyone. But we understand that mobile networks [3GPP-standardized cellular networks, such as NB-IoT, LTE or 5G] have a much better coverage than other networks.

Practically all of our 700MHz and 800MHz equipment [antennas] spread across Brazil are already NB-IoT-enabled.

BNamericas: Who are your NB-IoT providers?

Dal Forno: They are the same as our overall mobile network. The three biggest [Huawei, Ericsson and Nokia].

The top job at the communications ministry, initially thought to be going to a member of Lula's PT party, has instead been given to federal lawmake...