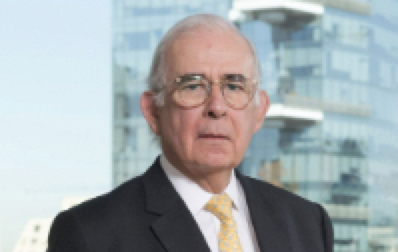 Chilean President Gabriel Boric's program calls for an end to the “profiteering” and mere “extractivism” model of mining to adopt a system that assures revenue on a sustained basis.

Although mining minister Marcela Hernando has said the government is not considering the nationalization of mining, some members of the convention drawing up a new constitution have pushed for exactly that, supporting initiatives that reduce the participation of private players and increase the State’s role.

At the same time, congress is discussing a new ad valorem mining royalty for copper and lithium, with Chile being a major producer of the two metals that are key for the transition towards clean energy.

The political context together with both the IMF and the UN Economic Commission for Latin America and the Caribbean revising down GDP growth forecasts for Chile to only 1.5% in 2022, put the mining sector on alert.

BNamericas spoke with Diego Hernández, head of national mining association Sonami, about efforts in some political spheres to change the current mining model, foundations for sustainable mining, technological innovation and the challenges facing the lithium industry.

BNamericas: What do you think about the profiteering and extractivism arguments that are used in mining discussions by some sectors?

Hernández: The extractivism and profiteering notions are slogans created by the extreme left and by environmentalists to discredit our activity. The contribution of mining to the national economy goes far beyond mere production. In terms of percentage, Chilean mining has contributed to GDP around 13-14% on average in the last 10 or 12 years. And if we consider that this 13-14% does not include workers' salaries, which is called the indirect induced GDP by mining, and which [state copper commission] Cochilco estimates would be at least 8% more, so we’re talking about a minimum 20% contribution from the mining industry to the national economy. Finally, the discussion around extractivism or profiteering points more to who will get mining income.

BNamericas: About the need to create a new tax on mining to meet the social needs of Chile, such as the royalty bill [applied on sales] which is currently under discussion, how could a good tax be designed to avoid a negative effect on mining?

Hernández: Taxes can always be improved. Mining already pays 40% income tax to the state, and if it rises to 45%, we will continue working anyway. But if it goes much further, clearly it will discourage investment and business, with not only the private sector losing out but also the State. So, the secret is to design a tax with rates that allow receipts to be increased but without damaging activity.

The royalty bill that was approved by the lower house and now is under discussion in the upper house was an outrage because it includes tax rates that the industry could not resist. I believe that the current specific tax on mining, which is a royalty, and which applies a rate based on the operating margin, starting from 5% and increasing gradually, is the smartest tax and it could be further improved.

BNamericas: Some politicians have justified the royalty bill on the basis that mining companies do not provide reliable information on their sales and profits.

Hernández: Companies provide information and are audited following international standards. Therefore, it’s an unacceptable argument, especially from state officials. The ad valorem tax is regressive for mining. Half of the mining companies in Chile are in the fourth cost quartile, so if an ad valorem tax is applied, these companies would be punished, making them less competitive or they would be forced to shorten projects, which considering the current low-grade ore, their businesses will not be able to survive. Today there are mining companies operating with 0.35% copper grades. So, the State must protect mining and domestic production as much as possible for the benefit of the national economy, investors, workers, and the State itself. Therefore, the tax should not prioritize greater tax income in the short term, but ensure mining activity in the long term.

BNamericas: The constitutional convention has been proposing changes to the mining regulatory framework, such as the creation of an administrative authorization model to replace the current mining concessions. What do you think about it?

Hernández: This is the greatest concern we have, since it threatens mining rights, which is the main basis of mining activity. To make investments in the sector, which is capital intensive, there must be legal certainty and an adequate term, making it possible to recoup investment. We’re talking about long-term projects of 12 to 15 years from the start of production, so investors must be confident that the rules of the game will not be changed.

The proposed administrative authorization has a temporary nature and would make mining precarious. I have heard no good arguments as to why an administrative authorization is better than the current concession regime in Chile. Moreover, the current concessions are granted by the courts, therefore the possibilities of arbitrariness or corruption are minimal. In contrast, we do have cases where administrative authorities have been arbitrary when making decisions about mining projects, especially in relation with environmental matters. [Hernández mentioned some cases, like the closure of the Mina Invierno coal mine in southern Chile and the rejection of a project at El Soldado copper mine by mining and geology service Sernageomin].

BNamericas: How has Chilean mining been responding to the incorporation of new technologies and meeting the mining 4.0 roadmap?

Hernández: Chilean mining is already using technologies, but the sector is at a stage where copper, our main mineral, has been losing share. We had more than 30% of world production and today we are at around 27%. This is because mining has not been able to grow at the same rate as demand and supply have been growing.

We have an important portfolio of projects that could be executed within the next 10 years of around US$70bn, but to develop these projects, two aspects are necessary: 1) consider the long payback periods, so extended terms are required to be profitable and recover investments. 2) to ensure profitability, for which the only way is to increase competitiveness and productivity through technology.

The technological route is a long-term process, but great advances are already being made. We have some autonomous mining fleets and at least three or four companies have already centralized the monitoring of their operations through centralized commands, such as GIO at Antofagasta Minerals.

Other progress has been made in the use of renewable energies, particularly solar and wind power. But there are still challenges such as improving the distribution network through battery storage to ensure supply on a permanent basis, as these energies are intermittent by nature. In addition to the energy issue, there is increasing use of desalinated water. Both the use of clean energies and desalinated water has made Chilean mining more competitive, by no longer depending on the variation in the commodities or fossil fuel prices, and this has been achieved through technologies.

BNamericas: What do you think of the proposal of the Chilean government to create a national lithium company?

Hernández: The nature of this company has not yet been defined, whether it will be solely to promote production or whether it will carry out mining operations as well. Even though lithium has a great opportunity with renewable energies and electromobility, it is still quite marginal in relation to copper. Lithium exports in 2021 were just over US$800mn, being Chile the second producer country in the world [the first is Australia], and copper exports were over US$53bn.

The problem with lithium in Chile is that it is considered a non-concessionable mineral and the State is the owner. No rights are granted to private parties to explore or exploit lithium. The main lithium reserves in Chile are located in the Atacama salt flat that is the under control of [development agency] Corfo, which is state owned. So, instead of moving forward, we are paralyzed because apart from SQM and Albemarle, there are no more projects. We want [at Sonami] for lithium to be a concessionable mineral to receive medium-sized mining projects, given the great opportunity for lithium in the market. But it should be considered that there are already alternative technologies being analyzed that would use commodities at a much lower cost than lithium. Therefore, lithium will continue to be important for the next 10 to 15 years, but it may not be in the long term.

BNamericas: What do you think of a possible interregional agreement to boost the lithium industry in the so-called Lithium Triangle [Argentina, Bolivia and Chile]?

Hernández: There is pressure from developed countries to get higher supplies of lithium, especially for the development of batteries. The developed countries have greatest interest in us organizing and working together, as lithium producing countries, to provide a joint solution to the global demand for lithium. But the triangle has not yet been able to develop its extractive industries or organize itself to supply the growing demand that exists.

Chile has achieved an impressive recovery from the COVID-19 crisis, but the pandemic has hampered past progress in reducing poverty and social disp...

Moody's downgrades Chile's ratings to A2, changes outlook to stable from negative

Want to read more information about 'The secret is to design a tax that allows receipts to be increased but without damaging activity'?