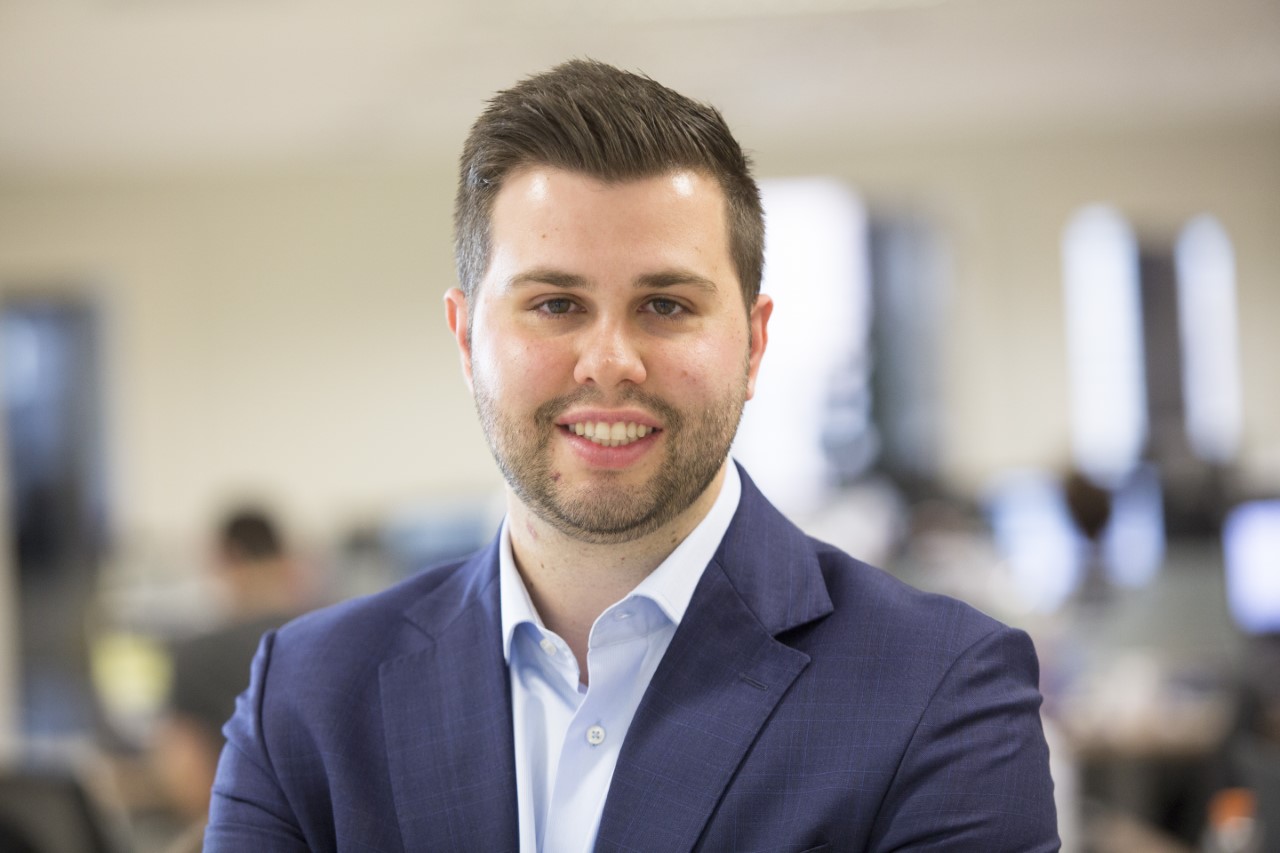 With 61 global datacenters, including four in Latin America, and an expanding secondary data storage, processing and communication network, IBM positioned itself as a major infrastructure provider for the edge datacenter and private wireless network ecosystem.

In anticipation of the high capacity and low latency possibilities expected to emerge from 5G networks, several dozen private networks projects are underway in different industries and sectors in the region. A host of others should be announced over the next months by operators, suppliers and integrators of networks and systems.

In this interview, Thiago Viola, head of cloud at IBM Latin America, talks about the company's go-to-market strategy in this field and the private networks ecosystem, about the expansion of local data infrastructure and the prospects for industrial 5G.

BNamericas: How is IBM working out the private network ecosystem in Latin America?

Our vision, in the context of 5G, is that the more we can get to the edges, the better. 5G comes to overflow all that we have in terms of connectivity, data, and the more at the cutting edge we are, the more effective we will be.

How have we been operating? Basically, with our data infrastructure. We have a presence today in Brazil, with a cloud region made up of three datacenters. These three datacenters are connected to each other and, through other routes, to different regions in the country, to reach different states.

The idea is that the customer has a main datacenter to be able to process information, but that [processing] is not lacking in any region where customers are. And with that, they can speed up processes, consult information, store data. This favors several industries: health, agribusiness, auto.

Everyone can consume and use the services regardless of location. The goal is to create this ecosystem between IBM, telcos and partners so that everyone can benefit from the business. With that, we are building the blocks for the private network ecosystem in Latin America.

BNamericas: IBM also operates a datacenter in Mexico, which is expanding.

Viola: Our region in Mexico comprises one datacenter and one PoP [point of presence], a communication zone between the networks.

In Brazil, there are three sites, all in São Paulo: Jundiaí, Vinhedo and Alphaville. In addition, we have two more PoPs for exchanging communication, both also in São Paulo.

BNamericas: IBM is also expanding this infrastructure in other countries in Latin America. How is this process advancing?

Viola: IBM currently has 61 datacenters around the world, with presence in Europe, the Americas and China, everywhere. IBM's idea is to expand this type of communication to other locations.

But our core proposition is hybrid cloud with artificial intelligence. We have a solution called IBM Hybrid Cloud Satellite that gives an operator, a company or a partner the possibility of IBM private cloud.

Through this solution, customers sort of have the IBM cloud on their premises to consume services, create business models, access 5G services, IoT, analytics, etc., becoming an extension of the IBM cloud. In whatever region they are. In Chile, Colombia, Uruguay...

That's why we don't necessarily intend to launch datacenters in new markets, but rather make the strategy more granular with these secondary structures.

BNamericas: But aren’t there latency and redundancy issues, which you solve by developing cloud regions with the main datacenters?

Viola: In terms of connectivity, through PoPs, yes, we have this mapped out for Latin America. Because then we are able to get closer to customers to reduce latency or, for the sake of customer compliance, to have the data within that country.

But instead of launching datacenters all over the place, we want to rely more on this ecosystem.

BNamericas: Regarding private networks, in the traditional vision of dedicated wireless connectivity in a mine, for example, where does IBM participate?

Viola: In the back-end. The network part itself is between operator, equipment suppliers, integrator, and we participate in this process in the back-end, with the support for the delivery of new technologies that will be made possible by the networks.

When you look at the private network business models, applications the customer will develop on top of it, our back-end can support.

BNamericas: Can you give an example? Do you already have contracts closed involving private networks?

Viola: We have made some moves in Latin America to address the market. In one move, we recently partnered with [integrator] Logicalis.

In this partnership, IBM provides the entire technology back-end. With a platform, which is from [IBM's open source and hybrid cloud subsidiary] Red Hat, with orchestration, network control, overview of stability, performance, latency.

Logicalis comes with all the baggage of relationships and works on layer 2, so to speak, of communication. And then comes the third phase, which is the customers. With this partnership with Logicalis, we aim to deliver a ready-made package for the ecosystem.

It is mainly in this way that we have been delivering to the market. In Brazil, in Latin America.

BNamericas: So, do you have contracts?

Viola: This is more of a strategic information. We have ongoing initiatives, things being executed, but not to be disclosed at the moment.

BNamericas: In which markets?

Viola: Brazil, of course, stands out in these projects.

I also see Colombia today, for example, as a country that has been consuming a lot of technology and is concerned about the interfaces that have to be created in order to expand 5G.

Uruguay, although small, is another country that has technology and delivery capacity, precisely because of the very high network capillarity they have.

I see Chile as having a lot of potential, perhaps in a more intermediate layer of maturity, as seeking information to creating business models.

In the rest of the countries, Argentina, Paraguay, Ecuador, conversations are still incipient.

BNamericas: And Mexico, which already has 5G networks being deployed, will launch a spectrum auction and has a large industrial park and already hosts IBM datacenters?

Viola: I equally see Mexico as having lots of potential. But I'd still frame it on a secondary layer as well. We are seeking to foster this ecosystem there. It's a matter of market maturity.

When we talk about the cloud, about consumption of workloads, Mexico is already in an advanced process. But the maturity of the digital transformation ecosystem, of these applications, private networks, this still tends to accelerate and evolve.

BNamericas: Even though private and edge networks are not exclusive to 5G, the new mobile technology is seen as catalyst for these models. In this sense, how do you expect 5G to grow in the region?

Viola: Indeed, 5G is and will be a driver of many business models. What we have been doing, as I said, is preparing the entire back-end to support everything that will be developed over it, and that is why the growth and development of these networks in the region is fundamental.

We have telco-specific solutions like IBM Cloud for Telco to support all the billions of 5G, IoT traffic connections, to come. There is also the partnership with Logicalis I mentioned. And all the connectivity that IBM has done and expanded in Brazil, in Mexico, in Latin America as a whole, to surround itself with all the entries and exits [of data transport networks].

We believe, based on research and market insights, that there is strong growth coming in consumption, networks and market evolution of 5G. And with that, it becomes important to put into practice everything that is envisioned with technology. We've come up with things, templates, and now is the time to land and get off the drawing board with the projects. And I believe this is the next step.

BNamericas: Finally, what are the prospects for cloud in 2023, considering market demands, but also the macroeconomic and political environment?

Viola: There are several macroeconomic and political aspects at stake, but IBM has been 105 years in Brazil, a long history in Latin America. We have always invested in people, technologies and structures, regardless of governments, and we will continue to do so.

What I see specifically for the cloud is a new phase. In 2023, we are going to enter a maturity zone, not only in the cloud, but in the services related to it. This market grows 30%-40% year-on-year, as research shows.

And this should continue, now and in the coming years, with greater effectiveness of customers in the execution of workloads, migration and development of new applications. All in all, Latin America is entering a new cloud phase.

Uruguay rules out changes to PPP model for now

The country decided to stop using the mechanism for new road projects in 2020, but it is looking for investors in rail PPPs.

Uruguay infra plans to focus on 'quality rather than quantity'

There are currently seven ongoing PPPs, but no new projects under the mechanism are planned for roads.

Uruguay to invest nearly US$900mn in roadworks this year

Uruguay to invest US$2.6bn in road works over the next 5 years

Other projects in: Infrastructure (Uruguay)

Want to read more information about 'We are building the blocks for the private network ecosystem in Latin America'?