What Phoenix Tower has on the radar for Latin America 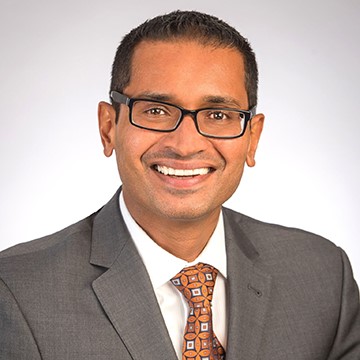 Founded in 2013 and headquartered in Florida, Phoenix Tower International (PTI) operates over 14,000 cell towers in 18 countries in the Americas and Europe. Close to 9,000 are in Latin America.

In the region, the bulk of PTI's towers and related assets are in Colombia, Ecuador, Dominican Republic, Mexico and Bolivia.

While the group has decided to divest from some markets, such as Brazil, it has been keen to expand inorganically, both regionally and globally. Its latest acquisition took place this week – a deal to acquire over 3,200 towers from Cellnex Telecom in France.

Resources to fund it come from a strengthened cash position. Earlier this year Blackstone Infrastructure Partners injected fresh capital into PTI by purchasing a 35% stake in the company from Manulife.

BNamericas: Looking at PTI’s competitors, American Tower plans to build 600 new sites in Latin America this year and IHS plans to build 700. Where does PTI stand in terms of tower build-outs in the region this year?

Moras: Our built-to-suit plan this year targets around 300 new sites. Our budget is not specific to LatAm, but historically LatAm has provided 95%, maybe 99% of the new builds that we've done.

Certainly, there are markets that those companies cover that we don't, and that could be a factor as well.

We have a multi-year order with Altice, so about 200 of those are going to Altice in the Dominican Republic. And then we've also been pretty active with Telefónica in Colombia and we've also been buying for Nuevatel in Bolivia.

BNamericas: Blackstone recently acquired an important stake, of 35%, in PTI, providing the company with new financial capabilities. How does that impact PTI's operations and how will these fresh resources be used?

Moras: Blackstone was our original investor in 2014, and they've been consistently investing for us over the years.

In 2018 they sold a minority stake of 35% to Manulife. Manulife was a partner for us until the end of last year and what really happened was that a separate fund within Blackstone purchased that 35%. We're now owned by two separate funds within Blackstone, comprising 100%. It’s nice to see that the original investor decided to come back and repurchase the minority share.

What I think it changes for us is that the original fund was more of a traditional private equity fund.

The new fund that acquired a minority stake is Blackstone Infrastructure Partners, which is much larger and has a track record of staying with companies and investing in companies over a much longer period of time.

What that means for us is that we have access to even more capital. We have an investor who is really interested in holding on to infrastructure for a much longer period of time. As part of our business plan and objectives they came on board to quadruple the size of our business in the next five to six years.

Figueroa: If I can just add to that, it gives us a more solid and convincing approach [towards customers]. I'm the sales guy and whenever you go to a customer backed up by such a strong investor pool, and with a long-term approach, it gives you a totally different field for playing.

Sanchez: It also gives us a very good platform to continue supporting the development of our infrastructure for the clients, to continue the implementation of our networks, for 2G, 3G, 4G and 5G as well.

BNamericas: The tower industry in general has bet on asset diversification, meaning turning to fiber, DAS [distributed antenna systems], edge, in addition to towers. I know you’re also looking at some of these. But exactly, what's your strategy on that?

Figueroa: We have started expanding the portfolio and the offering gradually. Obviously, the status of the business right now in Latin America is probably different from other markets, but in particular for us what we have seen is a lot of interest for a new solution around energy-as-a-service.

We're integrating energy-as-a-service as part of our portfolio. We've been doing some trial projects and, more than that, some complete projects mainly in the Caribbean. But we expect that portfolio to be also very interesting for other markets, in South America and probably in Central America as well.

In addition to that, we have around 1,400km of fiber in Mexico where we’ve been commercializing these services for some time already and our intention is to continue taking advantage of that footprint and continue promoting fiber optics in Mexico.

We also have our new VP for new generation solutions, Scott Lewis, and basically he and his team will be dedicated to promoting and developing the business in new areas around 5G. And I'm talking about edge computing hubs, colocation hubs, fiber consolidation points and things like that.

Last but not least we have DAS, or indoor coverage, that we have been promoting as well. And we have I'd say very prime locations all over of our region. We've seen increasing interest for those assets in the last years.

In all, I do believe we are in a good shape for next-generation technologies, and we’re already working with some customers in preparation for that. When 5G is there, we'll be in a strong position to be part of that game.

BNamericas: So for fiber, for now, the focus is on Mexico and for energy-as-a-service the focus has been on the Caribbean?

Figueroa: Right now, so far, yes. But we’re promoting those all over the region.

BNamericas: I know figures change constantly, but at present, how many sites does PTI have in Latin America?

BNamericas: And how is that being distributed geographically? PTI has some core markets in the region, but Brazil for example seems no longer to be a focus. What's your strategy geographically speaking?

Figueroa: From a market positioning our strongest markets are Colombia, Ecuador, Dominican Republic for the number of sites.

Aside from that we also have markets where we are either the only tower operator, like for example, Bolivia, or we are number one.

For our strategy overall, what we've been doing is to focus very strongly on our main customers and have a strong relationship obviously with the headquarters of each of them. We have a foot on the ground in every single market that we work for, building on our ties with our big carrier operators.

On the other hand, what we've seen as well is a lot of movement around IoT, wireless internet service providers, cable operators and other kinds of networking companies that need to have access to some locations. Again, either to consolidate fiber points or to have some coverage for a specific area.

Those are what we call non-traditional customers to whom we’re doing a proactive approach in every single market we are at.

BNamericas: As for Brazil, does PTI plan to return to that market?

Vargas: I'd say Brazil is not really in our strategy. We had our sister company PTI in Brazil that our investors exited two years ago now.

Obviously, it's a large market, with lots of players. I don't necessarily think it’s an immediate part of our strategy. That could change, it's not necessarily a fixed strategy not being in that market. But for now, it’s not something we foresee entering anytime soon.

Figueroa: Our strategy is very focused on the 13 markets we operate in, which are very important for us.

BNamericas: Of PTI's markets, Dominican Republic has already auctioned 5G-specific spectrum. Mexico also has 5G underway. How is the company seeing demand and the roll-outs?

Figueroa: We are already seeing movement in that area, customers are already planning deployments. What we've seen so far is deployment in urban areas. In Mexico, the impact of 5G is also visual. We’re receiving much more requirements from companies that are participating in it there.

We just released the answer of an RFQ [request for quotation] from one of the operators there even for other markets. So everybody is preparing themselves.

But I don't see a major impact in our business this year. I see that as relatively small in comparison to the other technologies. We expect that probably in 2023 is when we’re going to see more movements in that area.

BNamericas: And do you expect new contracts or lease amendments for 5G mostly? Does PTI expect operators will share their infra in 5G or do it by themselves?

Figueroa: My guess is that first they will deploy by themselves. At least that’s what the big ones are doing right now. But there should be in the mid-term some sharing in the infrastructure as well.

Sanchez: In some cases the footprint of the previous generations is tied in the same structure.

They are overlapping these generations in the same sites, in the same locations. It’s part of the design. They’ll use the existing and add new sites to complement the coverage.

BNamericas: How do the oil woes ensuing from the situation in Eastern Europe impact your energy costs and what are you looking at to offset that?

Moras: Immediately, right now, we haven't seen much of an impact. Oil was at a peak and now is on its way back down. It’s pretty volatile. I don’t think we’ll see any short-term impact.

Most of our agreements both on corrective and maintenance sites are fixed-price agreements.

Obviously, there will be challenges. Oil prices are overall due to remain pretty high, let’s say in the latter half of the year. But they will still be manageable, and we’ll still be able to manage through our budgets and accommodate them.

Outside of energy, some of the components, like steel, we rely on for our business, that’s where I think will be a big part of our challenge. It's going to be hard to keep BTS [built-to-suit] costs down. There’s a lot of steel that is manufactured and shipped from Eastern Europe that’s used in Latin America. That’s a big issue. And right now, transportation of that steel to Latin America is the biggest issue.

That’s a challenge all our competitors will likely face. I think the availability of materials is probably going to have a bigger impact on some of those BTS plans that we all have for this year.

BNamericas: How much are you planning to invest in Latin America this year?

Moras: If you look at primarily BTS construction and probably a little bit at some DAS and the other things we’re building I’ll probably say it’s something around US$50-75mn on the capex side.

This is the biggest PPP Brazil's Minas Gerais state has ever been involved in.

Want to read more information about What Phoenix Tower has on the radar for Latin America?