AMLO calls on Mexican banks to lower fees through competition 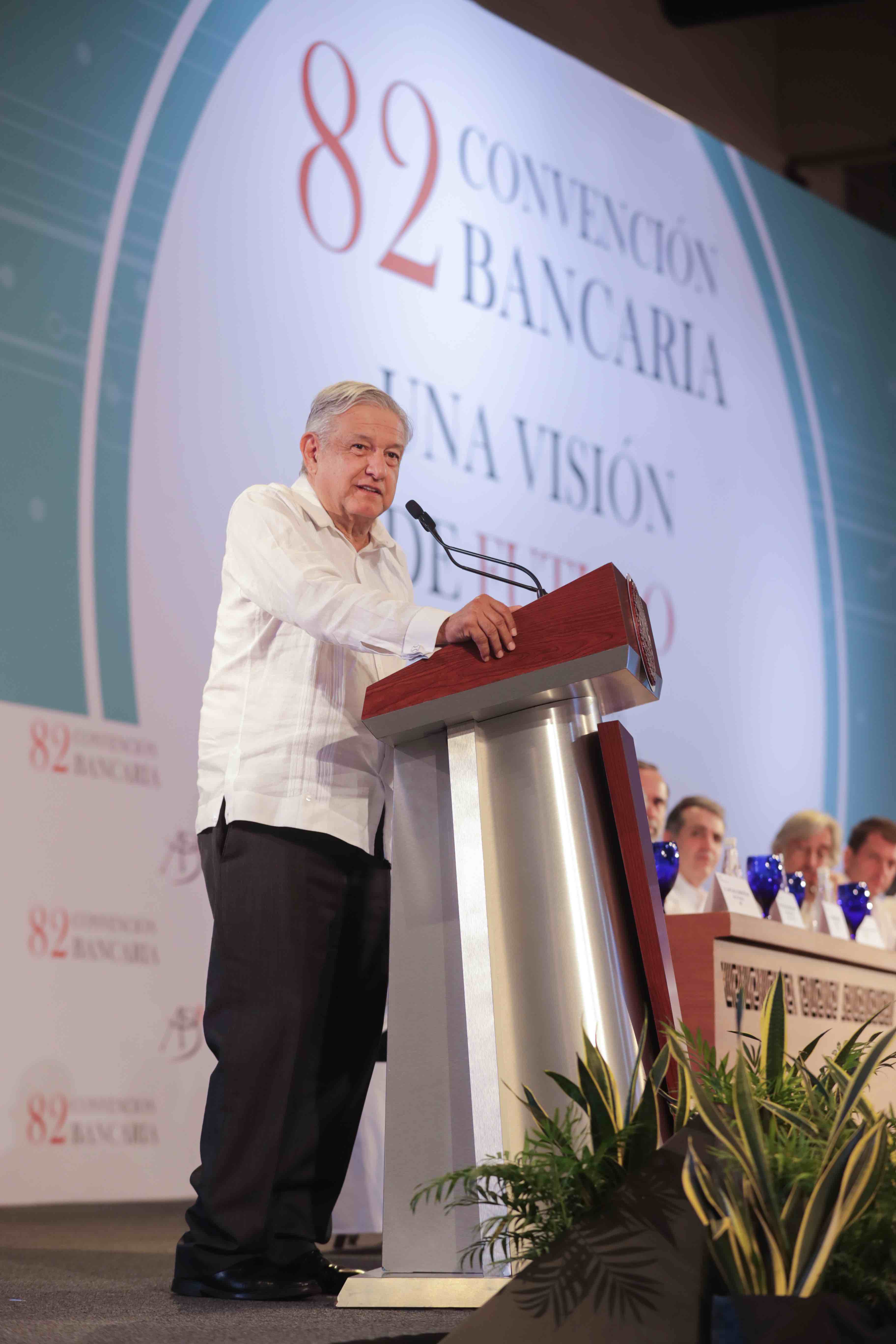 Making a surprising call for self-regulation at banks, Mexican President Andrés Manuel López Obrador (AMLO) called on banks to take the lead on reducing fees through strong competition with one another in a key address to Mexico's bankers.

Speaking Friday at the Mexican banking association's (ABM) annual convention in Acapulco, AMLO quoted the slogan of 19th century President Sebastián Lerdo de Tejada, that "the press itself regulates the press," suggesting the same principal be applied to financial institutions, asserting that "the banks be regulated by the banks with an element that is key to good handling of the economy: competition."

Flanked by Mexico's banking leadership, all donning guayaberas, the president declared, "I think that an important factor in the fourth transformation [of Mexico's history] is sponsoring more competition, rather than regulating," adding that his administration would focus on reducing market concentration.

"No to authoritarianism and no to imposition," said AMLO in reference to a major legislative initiative in the senate to eliminate a wide range of bank fees.

In comments emerging after the address, senate leader Ricardo Monreal, of AMLO's own Morena party, struck a different tone, saying that while he respects the president's position, he and other lawmakers would continue to work on legislation, adding, "it has not even been passed on to commissions, we are elaborating a draft opinion where there are more than 30 articles to modify of different laws, and we want to reach a consensus with them."

AMLO also applauded bank efforts to improve financial inclusion (though urging further progress), called on the industry to help lower the cost of remittances and urged the sector to set its sights on doing all that it can for the country to achieve 4% annual GDP growth.

Newly installed as ABM president at the two-day event, Luis Niño de Rivera announced that its members had agreed to cut fees on all digital bank accounts to zero.

Niño de Reviera said this would apply to everything involved with the operation of digital accounts, including those for interbank transfers, minimum balances, or fees for sending and receiving funds via another medium.

The industry leader added, "We respect the initiative from senator Ricardo Monreal and the independence of the senate. We offer an open dialogue."

The centerpiece discussion at the convention involved the rollout of a digital banking platform.

The Cobro Digital (CoDi) payment system, based on QR code transfers and NFC technology, has been in development at the central bank since 2016. It would enable sellers and buyers to execute transactions through mobile phone devices or online at no cost and within seconds.

In his speech at the event, central bank governor Alejandro Díaz de León detailed that six institutions are now in technical trials with a pilot program, saying all banks with more than 3,000 accounts must integrate the service by September 30.

Outgoing ABM chief Marcos Martínez Gavica said in his speech that 29 banks had already begun to experiment with the system.

The governor hailed the benefits of the CoDi initiative, stating, "For one thing, the user can simultaneously speed up payments, reduce costs and maximize the security of their operations. They can also become familiar with the financial system and take a first step to access other services that improve their well being."

"For another, if we consider that the number of people with smartphones is almost double that of those who have bank accounts, it is clear that the development of the CoDi can have a great impact on inclusion and incorporate a new universe of potential customers into the financial sector," said Días de León.

Companies prepare environmental permit applications for at least seven open pit mining projects in Mexico, despite a pledge by the environment mini...

Want to read more information about AMLO calls on Mexican banks to lower fees through competition?