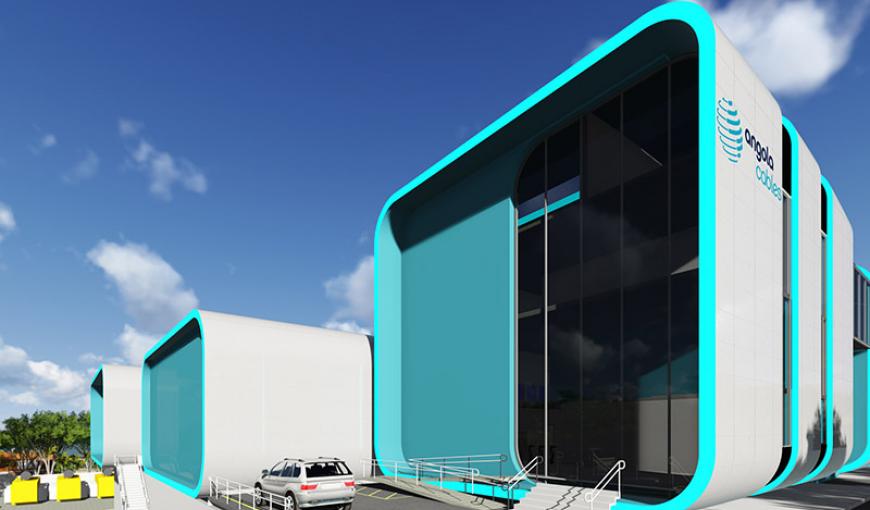 Works should last less than 12 months and triple the site's current storage capacity to about 500 racks, while taking total installed power capacity to 5MW.

“Our datacenter is now practically full,” Gama said in an interview.

The possibility of physical expansion was part of the project's original planning, and the reason why there will be no construction of an adjacent building. The expansion will be done within the same module, according to Gama.

Each expansion phase will add a new floor to the datacenter. Angola Cables sees the possibility of five expansion phases, depending on market demand.

At present, the company is concluding the design of the first expansion project and finalizing negotiations with suppliers and builders, as well as discussing a contract for further power provision with local distributor Enel.

AngoNAP went live in 2019 with the goals of being a landing station for the company’s submarine cables arriving in Fortaleza and a colocation site for enterprises to store, transport and process data.

“Fortaleza is no longer a 'transit' city, where submarine cables arrived due to its privileged geographical location ...  and has become a place where communication has come to stay and to be transported from it, within it,” said Gama.

Angola Cables is one of the owners of the 2018-activated Monet cable, which connects São Paulo, Fortaleza and Rio de Janeiro to Miami, together with Google, Brazil’s Algar Telecom and Uruguay’s Antel.

It is also the sole proprietor of SACS (South Atlantic Cable System), equally activated in 2018, the first direct route between South America and Africa connecting Brazil’s Fortaleza to Angola’s Luanda.

By connecting to the WACS cable, located off the coast of Africa, the Monet/SACS network also offers connectivity, albeit indirectly, to Europe. Through partnerships, the company's systems also reach Asia.

In parallel to the expansions, Angola Cables is launching two new services in Brazil from AngoNAP: cloud suite Clouds2Brasil and Smart Bizz, a package of services specifically focused on startups.

Clouds2Brasil is aimed at different types of business, from early-stage to large corporations, that might be looking for a low-cost service with hyper connectivity and low latency from São Paulo to Fortaleza and from Fortaleza to the US and Europe, the company said.

According to Angola Cables, the connectivity solution is 50% cheaper than other cloud solutions available, with billing in Brazilian currency, thus eliminating FX fluctuations.

It also provides access to more than 300 global cloud nodes and connectivity to 60 datacenters worldwide in a multi-cloud environment from AngoNAP, according to the company.