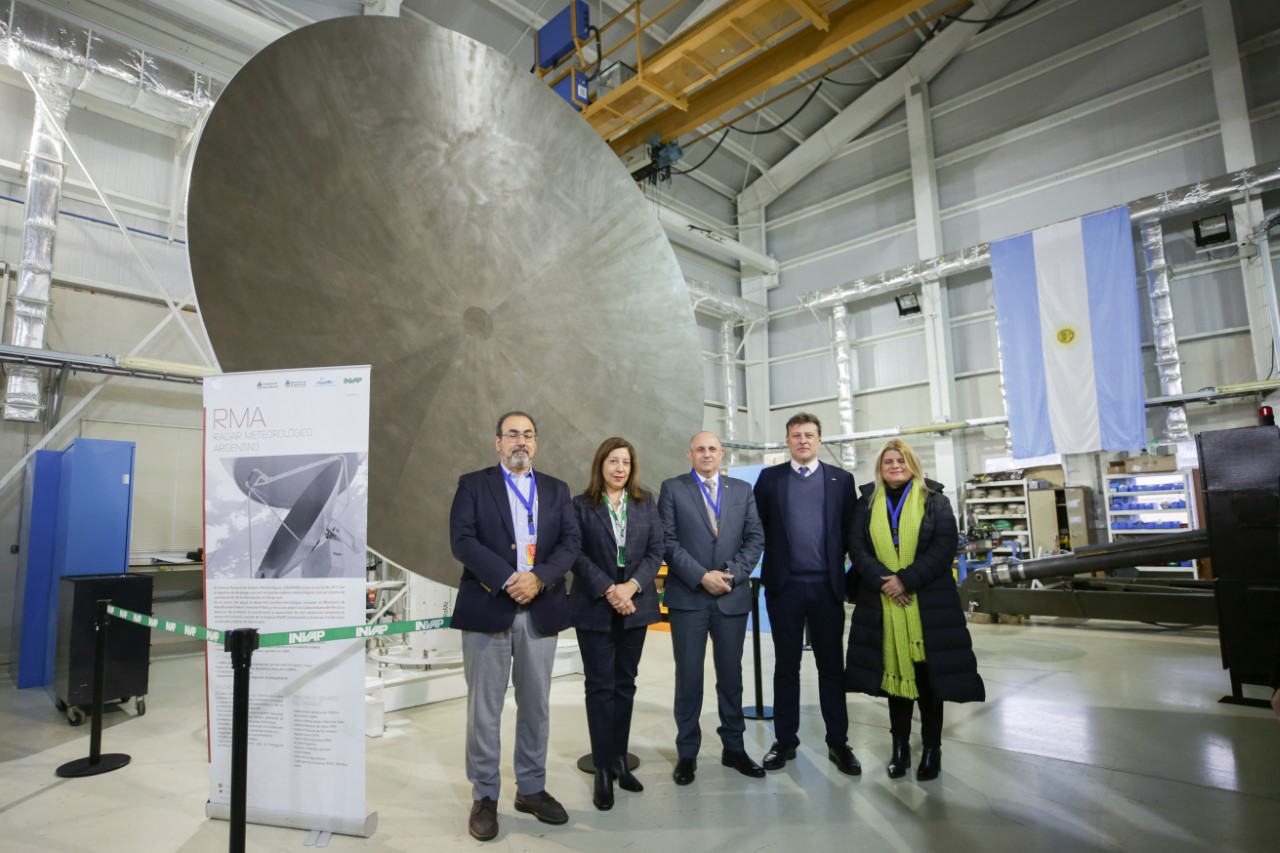 Statement from the Ministry of Transport of Argentina

The Minister of Transportation of the Nation, Alexis Guerrera, visited the city of Bariloche, where he was received by Governor Arabela Carreras, to announce the beginning of the Project for the Modernization of the Air Traffic Surveillance System throughout the country. With the aim of incorporating technology, modernizing radars and strengthening the safety of operations for all passengers, an investment of US$44,900,000 will be made.

The project will be carried out together with the Argentine Air Navigation Company (EANA), directed by Gabriela Logatto, with financing from the Development Bank of Latin America ( CAF ) and the participation of INVAP .

The details were announced today in Bariloche by the national minister Alexis Guerrera, who stated: "It is an important day for the Ministry, we understand that we have to continue advancing in the coverage and surveillance of the airspace." And then he added that "with this technology, above all, we are improving the safety of passengers."

“We have strong challenges in terms of connectivity and its different modes of transport. In this case, I want to highlight the joint work with the Province of Río Negro , being here with INVAP, because we articulate different actions that have to do with transportation and logistics," he explained.

And he added: "Having the support of the CAF facilitates the path towards the modernization of transport. It is not the only loan granted to Argentina and the Ministry of Transport, but rather we have more strategic projects for the country financed through the Bank Development of Latin America".

For her part, the governor of Río Negro Arabela Carreras said: "It is a joy and a pride to see that this project is being carried out and that we are generating development in our region. We appreciate the permanent support of the National State and the road ahead that We're going to keep going together."

Thanks to financing of US$44,900,000 and through the Transportation Modernization Plan, the national government will acquire 3 primary radars distributed in Córdoba, Buenos Aires and Mendoza; 2 new secondary radars for Santiago del Estero and Santa Cruz; 5 ADS-B stations to be installed in Formosa, Catamarca, San Juan and Jujuy; and 2 radomes for radar protection in Ushuaia and El Calafate. In addition, 22 radars will be modernized throughout the country.

The main objective of the project, developed by the Ministry of Transport and the Argentine Air Navigation Company (EANA SE), is to strengthen air safety for all passengers with the modernization of radars, the incorporation of latest generation technology and the total radar coverage of continental Argentine airspace. In turn, it will allow air traffic controllers to obtain more complete and timely information and optimize air traffic control capacity.

In his turn, the president of CAF Sergio Díaz Granados stated: “Today's visit gives rise to an idea for the next phase, which is to look at the entire branch around these projects, the entire ecosystem of small and medium-sized companies that are around . On our side, a service that we can provide is to strengthen that ecosystem in order to continue growing in our relationship”.

The president of EANA, Gabriela Logatto, explained: “For EANA it is a historic day, it is the project with the greatest economic weight in its entire history, a monumental challenge that would not have been possible without all this management scaffolding. It is important to plan a modernization and enhancement of our air traffic control surveillance system. To enhance it, this tool is fundamental and it is what we were looking for from the first moment”.

Finally, the president of INVAP Hugo Albani highlighted: “These policies give results, since today Argentina is a leader in the manufacture, construction and development of development research reactors. At INVAP we understand technological sovereignty as developing the skills and knowledge necessary to have an Argentina that, through its technicians and professionals, is capable of making the decision about what we can do in the country and what we have to buy.”

The launch of the Air Traffic Surveillance System Modernization Project also included the participation of: the Undersecretary of Administrative Management of the Ministry of Transport, Julio Roca; the mayor of Bariloche, Gustavo Gennuso; the undersecretary of International Financial Relations for Development of the Secretariat of Strategic Affairs of the Nation, Leandro Gorgal; CAF Vice President, Christian Asinelli; the vice president of EANA, Laureano Quiroga; the first member of the ORSNA Board of Directors, Pilar Becerra; on behalf of ARSAT, Gerónimo Ronco; on behalf of Aeropuertos Argentina 2000, Jorge Rosales, and members of the Air Pilots Union. And the president of ANAC, Paola Tamburelli

Alexis Guerrera and Arabela Carreras toured the renovated Bariloche airport, where the national government expanded the passenger terminal, modernized the infrastructure with the improvement of 24 check-in stations and two new boarding stations, installed a new baggage handling system BHS, which represents the most modern mechanism of the country's airports, and the public hall and the operational offices were renovated. The works were carried out with an investment of $2,542 million.

The ambitious plan is comprised of 5,000 works, including 120 projects that are labeled as strategic.

The document defines 120 "structural" projects for the development of the country.