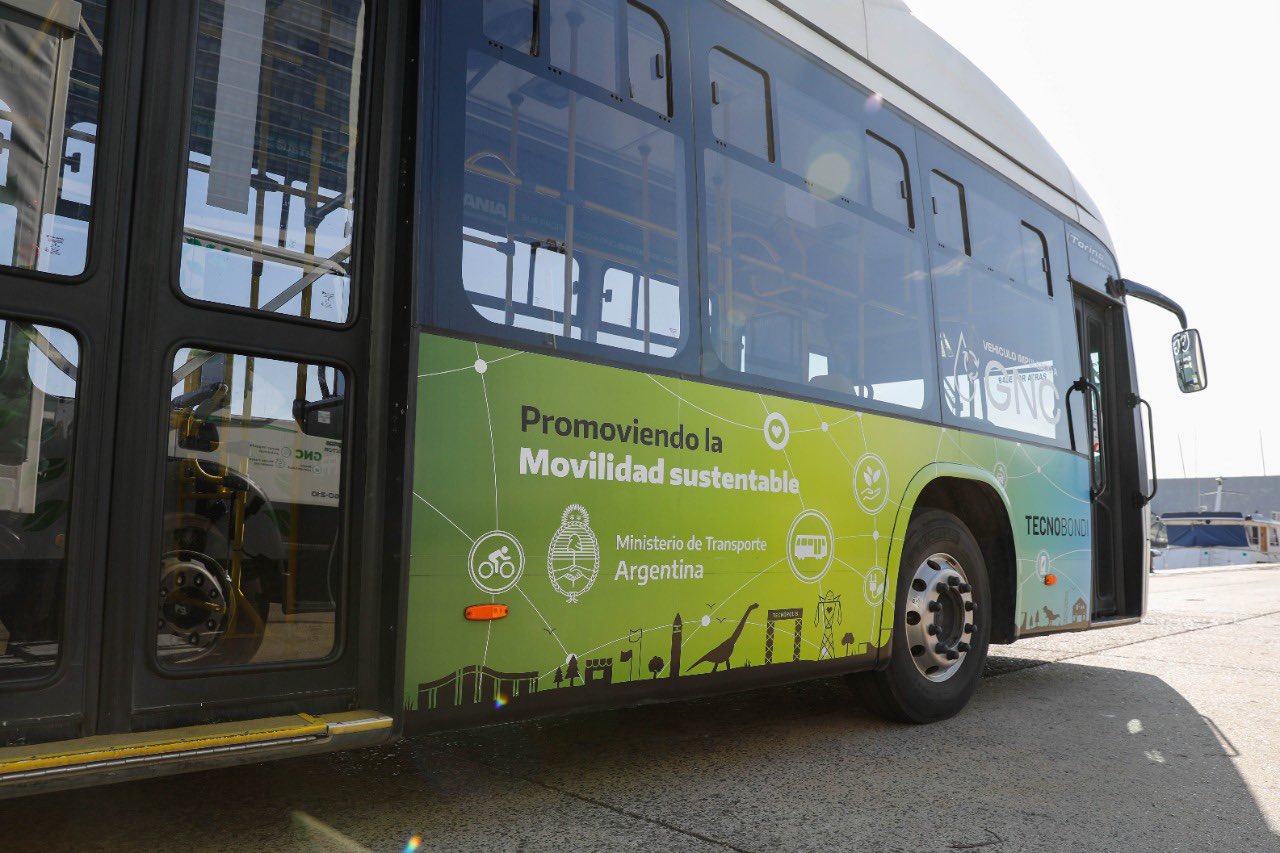 Statement from the Ministry of Transport of Argentina

The National Government presented the National Plan for Sustainable Transport, which seeks to advance with the energy transition in all modes of transport, both for passengers, cargo and private vehicles. It includes 3 specific central programs to implement strategies, measures, policies and instruments for the year 2030.

The launch of the "National Plan for Sustainable Transport" was in charge of the Minister of Transport, Alexis Guerrera. The main objective of the plan is to draw up a roadmap for 2030, with actions that seek to guarantee the energy transition in transport, through its planning, and promote the use of cleaner energies for all modes of transport, both cargo and passengers.

It contains the set of strategies, measures, policies and instruments to be implemented until the year 2030, promoting the reduction of Greenhouse Gas (GHG) emissions and their effect on the country and the region. In addition, it will allow generating savings for the country, due to the reduction and subsequent substitution of energy imports, promoting national industry, taking care of the health of people and the planet.

In this regard, Guerrera explained that “with the launch of the National Plan for Sustainable Transport, within the Argentine commitment to achieve the emission goals for the coming years, we are working together with other ministries and the entire national government. It is a tool to coordinate efforts and that has as its axes the incorporation of gas, but also with a perspective on electromobility, which provides the optimization of resources, and creating new regulations.”

“We are talking about a very strong impact if we gradually manage to transform everything that mainly moves with diesel to gas by 2023, and generating a large work table with all the national and international actors. This work is between everyone, it is for everyone and it is for Argentina”, he added.

The Plan launched by the government covers the development of actions with three main programs: renovation and adaptation of fleets towards natural gas, in the first instance; electric mobility and the incorporation of new technologies to supply cargo and passenger vehicles.

The 5 axes that govern the "National Plan for Sustainable Transport" are: energy transition, to gradually and safely change the transport system; efficiency, to incorporate and promote awareness of intelligent and environmentally friendly use; environmental justice, to reduce environmental damage; In terms of gender and intergenerational equity, active participation will be promoted in consultation, execution and decision-making processes; work on environmental liabilities, since it seeks to reduce the environmental impact of waste, waste and disused or obsolete material from the transportation sector.

"We talk a lot about gas because it is the natural resource that is most available in Argentina and it has a distribution chain that is the most extensive in the country. With YPF we have created productive corridors, with Enargas we work on high-flow peaks so that long-distance buses and trucks have to wait less and less at service stations," concluded the Minister of Transport, Alexis Guerrera.

For this, short and long-term objectives were set. In an initial stage, it is estimated that 10% of the new units that are incorporated into public roads will be natural gas (9%) and electric (1%). This will generate annual savings of 41 million liters of gasoline and 96 million liters of diesel. In this way, only for next year an approximate saving of diesel imports of 200 million dollars is estimated.

Likewise, by 2030, there is a bet that there will be 15,000 buses running on gas, generating savings of 1,800 million liters of diesel; 150 thousand gas trucks, reducing diesel consumption by 2,600 million liters; and that 15% of the total vehicle fleet is gas. In addition, it is estimated that a large percentage of the vehicles that belong to the State are hybrid and electric. Finally, work will be done to reduce GHG emissions to 5.84 MT CO2.

For more information, you can visit the website of the Ministry of Transport where the program is founded and developed: