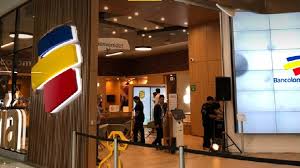 Grupo Bancolombia continues to support the development of road infrastructure in the country, with the financial closure and first disbursement for a total amount of 19bn pesos for the Neiva-Espinal-Girardot project, in which Bancolombia participated with a sum of 14.25bn pesos.

The road corridor is a Public-Private Partnership project, using private funds and not public money. It is part of the Ruta 45 national highway, involving a total length of approximately 197km and involving the operation of three (3) toll areas; Neiva, El Patá and Flandes, and two weighing areas. The project is located in the Colombian Andes in the center-west and southwest of the country, with 58% in Tolima department and the remaining 42% in Huila department. According to the national infrastructure agency (ANI), the Neiva-Espinal-Girardot corridor will see investments for 2.5tn pesos (figures from December 2019).

The purpose of this concession is the construction, rehabilitation, operation and maintenance of the road network, and it obtained a syndicated loan for the project for a total of 693bn pesos, in which Bancolombia participated with 75% of the amount (520bn pesos), divided into three sections:

The integration of three group companies, Banca de Inversión Bancolombia as co-founder of the project, Fiduciaria Bancolombia in the administration of resources and Bancolombia as the source, “shows the commitment we have to continue to be supporting agents in the recovery of the national economy in situation such as the one we're going through,” said Cristina Arrastía, vice president of business at Bancolombia. She added that "the project is of strategic importance, since it connects Bogotá with the main cities in the south of the country, which brings progress and employment that feeds the regions."

This closing and first disbursement was made possible by Bancolombia's commitment to the country's infrastructure and the Compartimento Deuda Privada Infraestructura I fund of FCP 4G, made up by Credicorp Capital and Sura Asset Management, also project financiers.

The contract is due to be awarded at the end of the year and construction is scheduled to take 42 months.