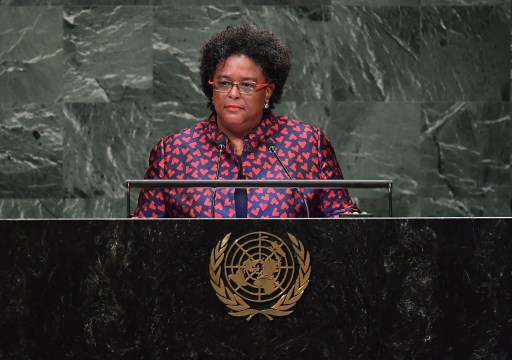 Following Barbados' historic debt restructuring effort, the government said it is moving quickly to turn its troubled economy around and it expects the country's banking sector to help drive the recovery with new loans.

Noting that last year's agreement with the IMF enabled her ministry to quickly secure supplementary agreements with other multilateral development banks, economic affairs minister Marsha Caddle said reserves rose from Bds$400mn (US$201mn) in May to Bds$1,060mn as a result of the agreement and improved private sector confidence. "We saved the dollar," she added.

Caddie, speaking at a recent event held by the Barbados Association of Insurance and Financial Advisors, also said, "We are not sprinting for show, we are running because we understand that many of our decisions will cause and are causing some pain and suffering. And so, we ... have to complete the job early so that the recovery can come early and we can get people back into jobs early."

"As a consequence of the change in the way we are managing our finances; our credit rating had its first uplift in over a decade. More is to come."

In a separate event late Friday, Prime Minister Mia Mottley issued a call to action to the nation's banks for the utilization of over Bds$9bn held in the banking system to reactivate the troubled economy.

In comments reported by local outlet Barbados Today, Mottley said the time for talk was over and the time for action had arrived.

With Barbados a few months into its IMF program, Mottley believes the billions of liquidity in the bank sector should be "appropriately used" as a complement to foreign direct investment in order to help the country grow its way out the downturn.

In further action, the Barbados government put a temporary freeze on borrowing for the next four years.

Putting the decision into context, Mottley noted that over the past four years the government had borrowed almost Bds$2bn.

Caribbean tax policy must 'get rid of so many loopholes'

Barbados 'in good position to weather the storm'

Will Caribbean economies get an infra boost?

Spotlight: Cryptocurrency innovation in the Caribbean