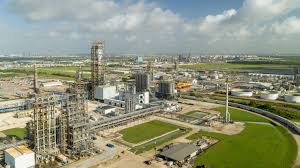 Brazil’s Braskem plans to have at least 85% of its global energy consumption coming from renewable sources by 2030, the company’s energy director Gustavo Checcucci told BNamericas.

“We intend to gradually increase the share of renewable energy in our global portfolio in line with the company's decarbonization commitments,” he said.

A new step in this direction was taken last week, as the petrochemical firm signed a wind power purchase contract with EDF Renewables. The agreement, which will enable the construction of a wind complex in Bahia state, will allow Braskem to obtain energy for 20 years, starting in 2024.

A reduction in the emission of greenhouse gases of about 700,000t of CO2 by the company is expected during this period.

This is the fifth long-term renewable energy contract from wind and/or solar sources that Braskem has signed in four years, and the second with EDF Renewables, reaching an additional 150MWa of energy from these sources.

The energy volume represents about 30% of the portfolio of electricity purchased in Brazil, contributing to the goal of 15% reduction of scope 1 and 2 greenhouse gas emissions by 2030 and carbon neutrality by 2050.

Checcucci additionally highlighted that the company is considering the possibility of signing dollar-indexed power purchase agreements (PPAs) and buying natural gas in the free (non-regulated) market.

“As one of the biggest natural gas consumers in the country, Braskem is always evaluating and analyzing alternatives that bring supply reliability, flexibility, and competitiveness, and acquiring the fuel in the free market can be a way to achieve these objectives,” the executive said.

Novonor (formerly Odebrecht) owns 50.1% of Braskem’s voting capital and 38.3% of its total capital, with state-run Petrobras holding 47% and 36.1%, respectively.

In January, both filed a request with Brazil’s securities exchange commission CVM for the launching of a public offer in the country and abroad, but the operation was canceled as a result of unstable capital market conditions.

On April 7, Petrobras said in a statement its stake in Braskem is part of the assets for sale and that it was not conducting any sale operation structuring in the private market.

Want to read more information about Braskem targeting 85% of renewable energy consumption by 2030?