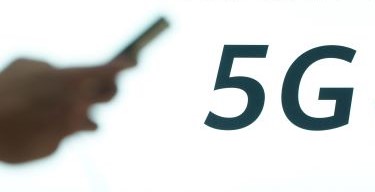 Brazil expects to expand standalone 5G to 57.7% of the population by 2027, up from less than 1% currently, according to regulator Anatel's 2023-27 strategic plan.

Rules established for the 5G auction in November 2021 demand a series of gradual coverage targets, starting from the largest cities to smaller localities. 5G must be accessible in all localities by the end of 2029.

5G is available in all state capitals.

According to Anatel, 6,873 5G antennas are deployed nationwide by Telefônica, Claro, TIM, Algar and Brisanet, but only 193 are for standalone 5G. They have been deployed by TIM, Claro and Telefônica in the states of São Paulo, Goiás and Rio Grande do Sul, in addition to Brasília.

Anatel released the new plan days after the ministry of science, technology and innovations (MCTI) released the 2022-26 digital transformation strategy and just over a month before the new government term starts.

Although Anatel has a technical profile and regulations are maintained when governments change, it does not have the mandate to define public policies. These guidelines are created by the MCTI. Anatel applies the regulations, oversees competition and mediates company-client relationships.

The Anatel plan involves goals "aimed at delivering a public value to society" and “in line with legal requirements and current public policies.”

The connectivity goal involves seven infrastructure targets, one of which relates to 5G coverage.

Under the plan, Anatel wants all main municipalities and 50% of those with just over 600 residents to be connected to the fiber optics backhaul.

Average fixed broadband speed should increase from 186Mbps to 1Gbps.

Another target refers to ensuring that at least 87% of the speed contracted is being delivered, in addition to two targets that refer to the general satisfaction level of mobile telephony and fixed broadband customers.

Although the pace of network expansion by internet service providers has slowed down, they still lead growth in this market, as BNamericas reported.

Among the new market entrants, DirecTV, operating in Brazil under the Sky brand, aims to reach over 100 localities with fixed services by the end of 2023. DirecTV is controlled by Argentina’s Werthein Group.

Currently, Sky's fixed broadband is present in 36 municipalities, and 15 more should be added this year, Sky's broadband director, Rodrigo Fernandes, was quoted as saying at the Teletime Tec Redes & Infra event in São Paulo.

Sky is relying on the neutral fiber network of FiBrasil, a JV by Telefônica and Canadian fund CDPQ, to offer FTTH services. Other neutral networks are also being mulled in the country, such as V.tal, I-Systems or American Tower fiber.

DirecTV did the same in Chile, where it recently closed a contract with On Net Fibra, Telefónica's local neutral network with US fund KKR.

DirecTV also has alliances with Metrotel in Argentina, WIN in Peru and Velonet in Colombia. The company evaluates other fiber opportunities in the region, DirecTV Latin America’s south region director, Silvana Lettieri, told BNamericas this month.