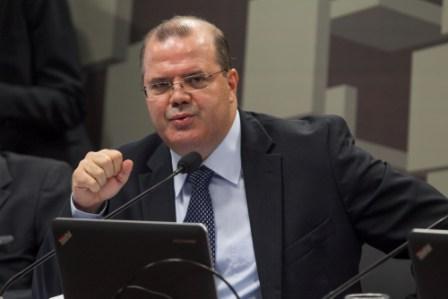 After five years as president of Brazil's central bank, Alexandre Tombini (pictured) has reportedly hinted that he will step down.

According to a report from Valor Econômico, Tombini will request leaving his post as part of President Dilma Rousseff's current ministerial shake up aimed at giving her troubled administration a new profile.

The likely appointment of former president Luiz Inácio Lula da Silva to a cabinet position is expected to create profound changes in the country's economic policy, the report said.

Mexican IT industry to be the hardest hit by COVID-19

Mexico is seen as leading the contraction in IT spending that is expected for most of Latin America due to the current health crisis. But until Mar...

COVID-19 effects: The insurance regulator cancels a regulatory sandbox call and a senator submitted a bill to include death caused by epidemic or p...

Want to read more information about Brazil's central bank president could step down?