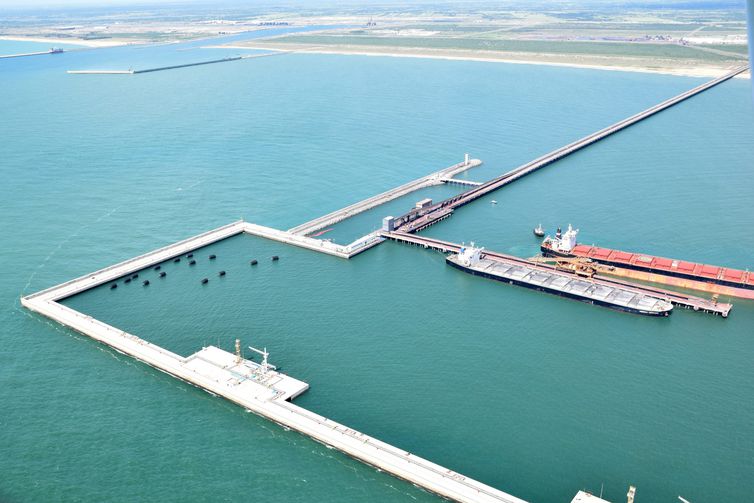 Brazil’s Geração de Energia (GDE), part of the Dislub Equador group, is looking at installing an LNG terminal in Maranhão state, a source close to the matter told BNamericas.

The plant would be located on São Marcos Bay north of the Ponta da Madeira terminal owned by mining giant Vale and 26km from the center of state capital São Luís.

The terminal would be able to receive, store, distribute and regasify LNG and offload natural gas through an integral pipeline, connecting to the network of state gas distribution concessionaire Gasmar.

It would be developed under a scalability model, both for receiving and storage, as well as for LNG distribution and regasification, since the number of consumers of the fuel in the region is expected to rise.

Primary bunkering and transfer of LNG would be ship-to-ship, whereby the LNG carrier (the floating storage and regasification unit, or FSRU) will be moored at anchorage water infrastructure and the supply vessels will berth on the port side of the unit, transferring LNG through cryogenic hoses.

With capacity to regasify up to 12Mm3/d (million cubic meters a day) and store 173,000m3, the FSRU vessel would be able to transfer pressurized natural gas at an initial flow rate of 1.4Mm3/d, which can be scaled up to 6Mm3/d through a high pressure natural gas transfer system.

The unit would also be capable of transferring LNG to a small-scale floating distribution unit, initially with capacity of 2,000m3/d, which may be scaled up to 8,000m3/d.

In a report published in 2021, federal energy research company EPE proposed the installation of an LNG terminal in the vicinity of Dislub Equador’s Terminais Fluviais do Brasil terminal (TFB) in Itacoatiara, Amazonas state.

According to EPE, the choice of TFB was due to the logistics infrastructure already installed for handling liquids by Dislub, so that the company's experience could favor the terminal's operating costs.

However, for the 175mn-real LNG terminal to be installed in the terminal, there would need to be negotiations between the agent interested in handling LNG and TFB.

“With this premise, it was considered that TFB, in a first moment, could be interested in leasing an area of its port structure for mooring of FSRUs and the passage of pipelines over the pier to the custody transfer station in an area adjacent to the TFB,” the EPE report said.