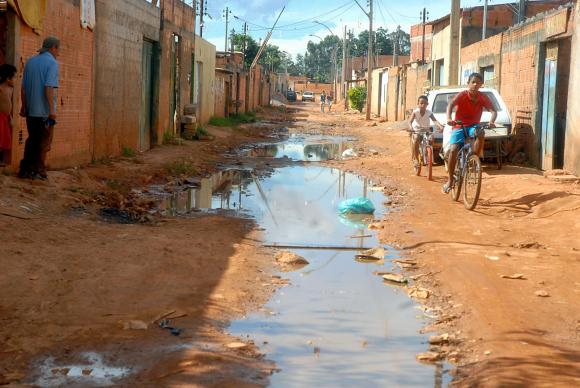 Brazil's senate is this week expected to pass a bill bringing in a series of new rules in the sanitation sector which could spark a wave of private sector investments that will lead to greater coverage.

Investors expect the amended regulations to create new frameworks in the segment that reduce the domination of water utilities controlled by state governments, thereby allowing more privately owned companies to get involved.

Local and international banks are also following the developments closely, given the huge financing needs in the sector.

Nearly half of the Brazilian population, or some 100mn people, do not yet have adequate sanitation services and it is estimated that the country will have to invest up to 753bn reais (US$144bn) through 2033 to universalize these services, according to a recent study by KPMG.

The federal government has been pushing for more private investment in sanitation after years of low public investment. The changes to the regulations have been under debate since 2018, but political disagreements prevented the bill from moving forward until late last year.

With the federal and state governments even shorter of revenues than before, due to the impacts of the COVID-19 pandemic, and unable to make the necessary investments, the senate is likely to approve the bill, which was passed by the lower house in December.

The remote voting session will probably take place on Wednesday, a senate spokesperson confirmed to BNamericas.

If the bill is indeed passed, the new regulations will only require the president's final signature, which would likely take place shortly after the senate vote.

Anticipating congressional approval of the bill, development bank BNDES is working to structure various PPPs for provision of sanitation services and even privatize some state-run water companies.

This week, high-ranking executives at the bank will hold a series of webcasts to present its plans for investors in the sector.

"The bank will hold BNDES Sanitation Week from June 22 to 26, with daily debates broadcast on the bank's YouTube channel. Representatives of BNDES, public authorities and participants from other public and private institutions will participate," BNDES said in a statement.

During the remote debates, stakeholders will discuss improvements in the basic sanitation system and possible ways of increasing access to these services around the country. The BNDES channel can be seen here.

States and municipalities are invited to structure solid waste concessions with federal help.