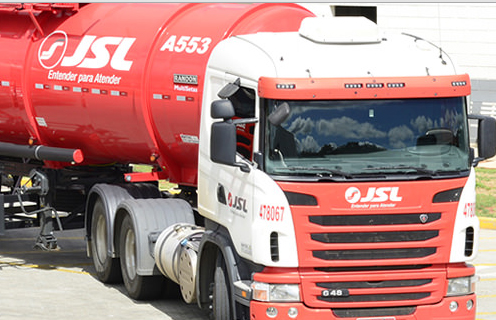 Brazil’s transport sector is in a "critical situation" because of the COVID-19 outbreak and associated restrictions, and the scenario is expected to persist in the coming months, according to national transport confederation CNT.

In May, the third full month of the health and economic crisis, 80.6% of transport companies operating in Brazil saw a drop in demand, with almost two-thirds of them (61.2%) indicating that the fall was significant, a CNT survey shows.

According to the survey of 619 companies, 74.8% of respondents believe the negative impacts of the crisis on their business will last another four months.

More worrisome, 63.8% of those responding said their payment capacity is impacted – in terms of financing, payroll, taxes and suppliers – and 34.1% said their capacity is severely impacted.

"This scenario demonstrates, in a practical way, that the actions announced by the governments (federal, state and municipal) to support the sector during the COVID-19 crisis, have not yet reached companies and have not represented the necessary emergency aid," said CNT president Vander Costa in a statement.

The decline in traffic and passenger numbers because of COVID-19 restrictions is impacting highway and airport operators, increasing the risk that concession contracts could be revised.

"We’re taking steps to mitigate the negative effects for operators, but we’re making it clear to market participants that we are open to try to solve those contracts affected by the pandemic but we won’t save contracts that had problems before the health issue," infrastructure minister Tarcisio de Freitas said during a webcast hosted by local stock exchange B3.

"The issue of legal security and respect for contracts is the most important element in attracting the private sector and Brazil has had a solid tradition in terms of contracts since the 1990s," Otavio Castello Branco, managing partner at Patria Investimentos, an investment house specialized in investment in infrastructure assets, told the same webcast.

The challenging scene due to COVID-19 is also impacting the government’s concession and privatization plans.

According to Freitas, government plans to offer concessions for 22 airports and the Dutra highway connecting Rio de Janeiro and São Paulo face certain delays, although he did not provide new dates.

"Some investors interested in those concessions are requesting more time, as international players are facing difficulties to arrange trips to visit the projects on the ground in Brazil and advance due diligence," said Freitas.

The works in the Brazilian state are expected to conclude in 2025.