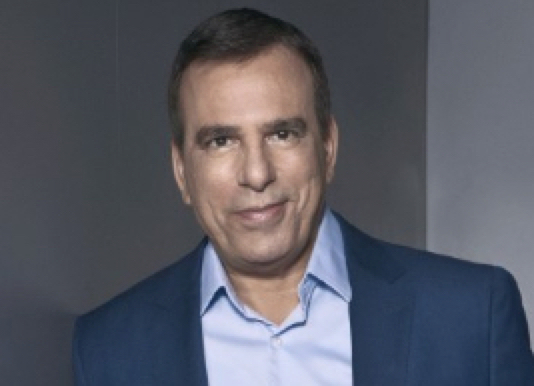 Speaking at a press conference on Monday, Genish said the strategy is to leverage on the 400,000km optic network operated by the group to diversify the business beyond fiber connectivity.

BTG Pactual and GlobeNet recently took control of V.Tal and made Genish partner, CEO and chairman.

Genish is former CEO of GVT and Telefônica Brasil, as well as of TIM in Italy.

“V.tal has enormous potential to be the largest digital infrastructure [company] in Brazil, not just in fiber connectivity. We really want to evolve into datacenters, edge datacenters, [betting] on the evolution of 5G IoT, metaverse, all of which will require hundreds of edge datacenters in the country,” he said.

Another datacenter will be built in Porto Alegre, Rio Grande do Sul state, and is due for 2023, he added.

The executive did not disclose details about investments, capacity or the size of the sites.

With respect to Fortaleza, a city that has become a major submarine cable hub in Brazil, Big Lobster has “multi-billion dollar” capex and contracts have already been inked with content providers as anchor customers, said Genish.

In Porto Alegre, the future datacenter came as a direct request from a large over-the-top (OTT) provider, said Genish. The project was approved at a V.tal board meeting last week after “strong commitments” by the OTT.

As part of the project, GlobeNet will "branch out" its submarine network and create a landing point and datacenter in the coastal city.

In June, GlobeNet unveiled its Malbec system with a further 2,600km of cable connecting Las Toninas in Argentina to Santos and Rio de Janeiro in Brazil, with extensions to Buenos Aires and São Paulo. In Rio, Malbec links to GlobeNet's existing cable.

Brazil's Oi, the minority partner and the anchor customer of V.tal, sold its five datacenters to Piemonte Holding in 2020 for 325mn reais (US$63.7mn) as part of its asset disposal process.

Asked by BNamericas about not being able to rely on these sites, Genish said: "No problem. Let's build new ones.”

In addition to large datacenters, V.tal plans to build smaller sites in other parts of the country, taking advantage of the lengthy fiber structure it inherited from Oi.

Genish said it is necessary to "decentralize data processing", which in his view is still largely concentrated in certain metropolitan regions, and bring content closer to users and companies to reduce latency and improve services, which will be key as 5G networks advance.

“We have a huge advantage to be the most relevant player in the edge datacenter [segment]. We are all over Brazil, we have fiber and we have 4,000 real estate units throughout the country, with engineering, security, energy, everything in place. All we need is to put servers and we have edge [computing]. On top of that, why not get into IoT, meaning things like smart homes,” Genish said in response to another question from BNamericas.

The executive said that V.tal is closing a deal with a large foreign company for the launch of smart home services. Smart cities and smart industries are among the other IoT-related projects envisioned.

In terms of small cells, Genish believes that V.tal can offer these solutions to internet service providers (ISPs) and telcos in the same way it does with fiber connectivity.

V.tal currently has 32 contracts with ISPs for the use of fiber infrastructure, with the company expecting to close three new contracts very soon.

A large Brazilian retailer, in addition to a fintech, are among other contracts that are at the advanced negotiation stage, said Genish.

V.tal plans to invest 30bn reais in fiber expansion through 2024, when it expects to have 32mn homes passed.

It aims to end this year with 20mn homes passed, compared to the current figure of 16mn.

To help fund its expansion plans, Genish said an IPO is on the table, albeit not for the short term, as well as the issuance of local infrastructure bonds known as debentures.