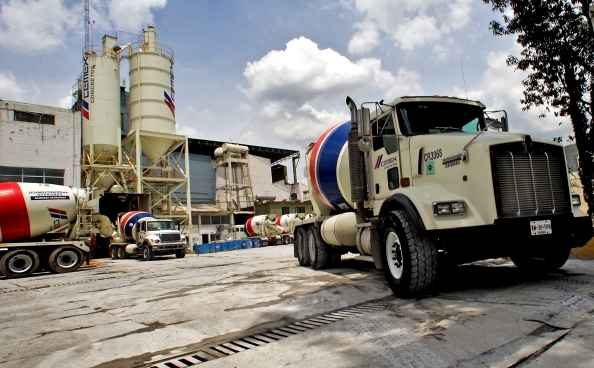 "I think the budget cut for this year will not be so significant, we have to see what happens to the budget for 2016," Cemex México president Juan Romero Torres told BNamericas. "I'm more optimistic, more confident."

Mexican finance minister Luis Videgaray Caso has said that Mexico would review the country's 2014-18 infrastructure plan as part of a bid to increase the involvement of the private sector in infrastructure projects, adding that the 2016 budget would be affected.

"Next year we will have to spend less", Videgaray told construction sector decision-makers at an industry event in Mexico City.

Romero, in relation to the government's budget cut announcement, said: "I trust that as part of this budget that the government is considering, it will, in some way, question expenditure that is not needed and put back money for investments that undoubtedly will be needed in the country,"

Asked about the strategies that Cemex is devising to boost operations, Romero said that the firm would concentrate on four areas. These are employee safety; a recovery of its investment-grade debt rating; the customer; and taking advantage of its global presence.

Deutsche Bank this week said Cemex was looking to hit three medium-term targets: Ebitda of US$4.7bn, FCF conversion above 35%, and leverage below 3.0x to help develop an investment-grade capital structure.

"Construction activity in Mexico recovering sharply along with strong dynamics in the US should be key Ebitda growth drivers. In addition, cash generation should also be backed by further working capital improvements and planned assets sales," the Germany-based lender said.

"Announced budget cut affects primarily non-cement intensive projects," it added, citing comments made by Romero during an investor day in New York. "The infrastructure sector is expected to start recovering in 2015."

In reference to Cemex's declarations that it was looking to become a global company, Deutsche Bank said that it should keep an eye on Spain: "Cement volumes in this country are expected to grow at mid-to-high single digit rates in years to come."

It added: "Price increases are already sticking in most markets. This, along with operating leverage of 80% and synergies from the integration of recently acquired assets could translate into US$100mn of Ebitda in the medium term."

Defense ministry Sedena began work on the airport at the Santa Lucía military airbase in October 2019. It now has a full year before the President ...

Users must register before April 30th, 2021. The deadline for accepting proposals from registered users in May 10th, 2021.

Schlumberger pressing on with Guyana build-out