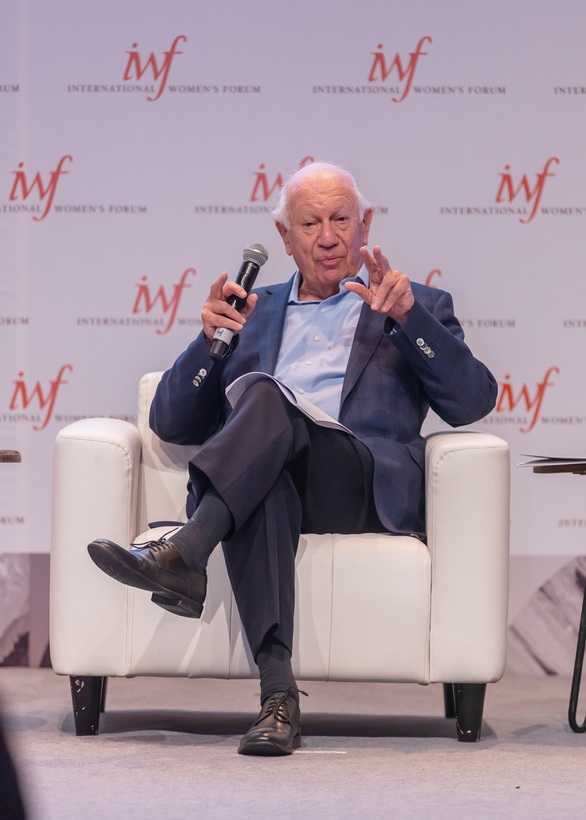 Chile has huge potential for renewable energies, but it is not taking full advantage of that, which could have a negative effect on the country in areas such as copper production and international affairs, according to former President Ricardo Lagos (pictured).

“Chile is the world’s largest copper producer and we're interested in maintaining that position,” Lagos said, adding that daily operations in the country's main copper mines require the use of 350 haulage trucks that each use 2,500 liters of oil-based fuels per day, not including trucks used to transport these fuels.

Lagos, who served as president from 2000 to 2004, said that green hydrogen represented the biggest opportunity to produce “green copper” in the coming years, but warned that the window to achieve this change is very small.

“If Chile doesn’t have green copper within five or eight years from now, we'll be squandering our position,” he said during the Cornerstone Conference of the International Women's Forum held in capital Santiago.

In January, a prototype for a hydrogen-fueled hybrid engine for mine haulage trucks, using batteries and cells and partially financed by Chilean development agency Corfo, was unveiled to be used in trials by Antofagasta Minerals.

Lagos pointed out that Chile can generate green hydrogen by further expanding its solar energy generation capacity, particularly in the sun-drenched deserts in the north.

On that front, he added that solar and wind generation also have to be promoted more vigorously, as Chile’s previous main renewable source of power, hydro, is now under great strain due to ongoing drought.

Lastly, he stated that Russia’s invasion of Ukraine, and subsequent moves by European countries to reduce their energy dependency on Russia, have made energy generation an issue of national sovereignty.

With respect to this, he stated that Latin America needs to find a common voice to strengthen its position in a changing global landscape due to the conflict and the pandemic, but he pointed to the current lack of communication between regional leaders.