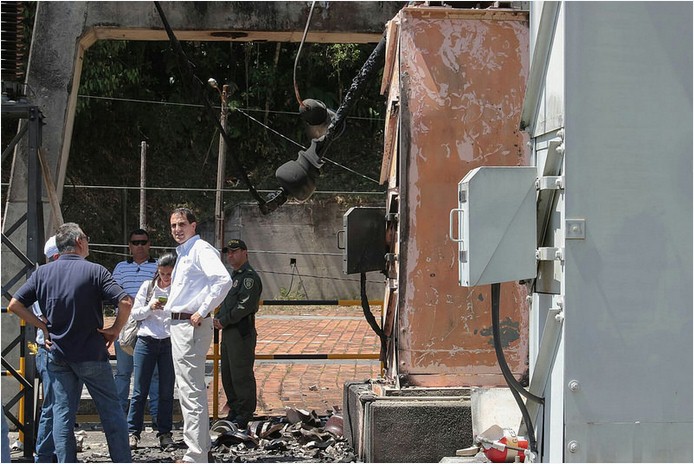 Colombian power wholesaler XM announced it instructed Electricaribe to cut power to some communities due to "problems" at some generation plants in the country's Caribbean region.

The generation shortfall is compounded by the unavailability of the 500kV Porce III-Cerromatoso circuit, said XM, which added that the cuts – equivalent to 150MW – have no relation to a possible rationing of energy.

The government last year launched Plan5Caribe to optimize and shore up dispatch in the Caribbean area, the country's second largest load center.

Meanwhile, Medellín-based multi-utility EPM said in a filing to securities regulator Superfinanciera that it temporarily suspended operations of the 560MW Guatapé hydroelectric plant following a fire (pictured) that affected the access tunnel to the machine house due to a technical fault in the high voltage cables.

Thermopower is playing a pivotal role as weather phenomenon El Niño makes its presence felt, and is expected to continue helping shoulder power demand growth in the coming years.

Latest XM statistics reveal that electricity use grew 5.7% year-on-year in January to 5,584GWh.

Permitting deadline for Colombia-Panama link pushed back to 2023

Advancement of the planned interconnection has been impacted by COVID-19 restrictions among other delays.

The goal is to carry out 13,800 telephone surveys throughout the national territory, taking into account the biosecurity recommendations by Covid -...

Ecopetrol steps up due diligence for potential US$4bn ISA bid