Ecuador: Modernization of the Esmeraldas refinery will allow the production of Euro V quality fuels 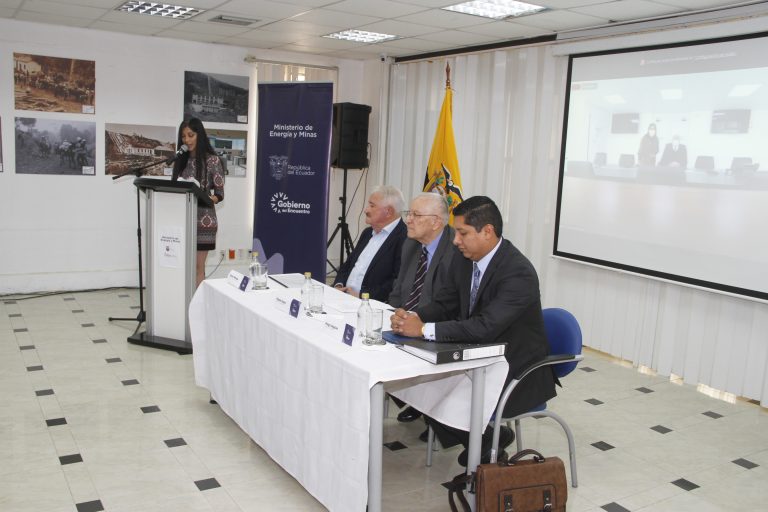 This Ministry of Energy and Mines release was published using machine translation.

The Ministry of Energy and Mines and EP Petroecuador held on November 21, the explanatory hearing of the international public tender for the joint management project for the modernization, expansion and integral operation of the Esmeraldas Refinery and implementation of the high conversion process , with full financing by the successful bidder.

The terms of reference will be available from November 22, 2022 to January 6, 2023, for which companies interested in participating must send their purchase intention to the email: refineria.esmeraldas@energiayminas.gob.ec , once Once the information is received, the interested parties will be notified with the respective confidentiality agreement, which must be signed and sent to the email in question. Once the information is validated, the download link will be sent with its respective username and password.

At the moment, the Esmeraldas Refinery produces 50% waste (Fuel Oil) and 50% light products (gasoline, diesel and LPG), therefore, with the construction of the High Conversion Train, waste production will be reduced to 5% and the production of light fuels will be increased to 95%, reaching Euro V standards, reducing the sulfur content and increasing the octane number, which will boost national production of high added value in the goods and services industry.

This process marks a milestone in the country's hydrocarbon history, with its implementation it is expected to stop importing 47,000 barrels of fuel per day, generating savings to the State of between 600 and 800 million dollars per year.

Thanks to this investment, it is estimated that between 3,000 and 4,000 direct and indirect jobs will be opened for the benefit of Ecuadorians.

The tender for this project is subject to the joint management regime of the operation in accordance with Ecuadorian legislation, which does not imply the transfer of ownership, domain or possession of the Esmeraldas Refinery, or any of its assets, which will be maintained under the ownership, domain and possession of EP Petroecuador.

The contract that will be handled in the bidding process contemplates the repair of current technical problems, the implementation of new units to improve the quality of crude oil derivatives and their emissions, as well as the commissioning of a high conversion unit. .

There are three stages of project execution:

The authorities of the two institutions and the representatives of the interested national and foreign companies met at the explanatory hearing. During the event, the Vice Minister of Hydrocarbons, Rubén Espín , stated that: "This is not a concession, the tender for this project is subject to the joint management regime of the operation in accordance with Ecuadorian legislation, which does not imply the transfer of ownership, control or possession of the Esmeraldas Refinery, nor of any of its assets” .

In his speech, the Manager of the state oil company, Hugo Aguiar , highlighted the importance of the project and also stated: “Currently the country allocates 6,000 million dollars to fuel imports. With the high conversion train running, savings of at least between 700 and 800 million dollars are generated, since we increase the production of fuels. We undertake the modernization of the main hydrocarbon asset in Ecuador with the technological innovation required to meet the expectations that the country has” .

The modernization and integral operation of the Esmeraldas Refinery is an important decision, said Fernando Santos Alvite, Minister of Energy and Mines. “This project will be at the sole risk and expense of the contractor. The Ecuadorian State will not invest resources in this process and historical errors that implied the loss of millions of dollars at the Esmeraldas Refinery in failed processes will be rectified” , he added.

The Government of the Meeting promotes the attraction of private investment in works of high efficiency and competitiveness for the national hydrocarbon sector, which favor the increase in oil production and quality derivatives.

The country’s demand for derivatives in January-November rose 8.3%.

Ecuador: Operation of the Intracampos I Round Blocks contributes more than 5,000 barrels of crude per day to nation...

Official Statement on completion of contracts for blocks 16 and 67

Ecuador designs a roadmap for the production and use of green hydrogen with the aim of advancing towards the energy...

Want to read more information about Ecuador: Modernization of the Esmeraldas refinery will allow the production of Euro V quality fuels?