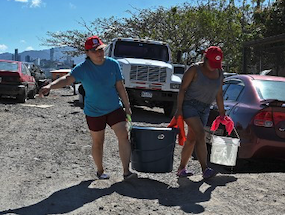 El Salvador's national assembly has approved a five-year US$100mn loan commitment with the Inter-American Development Bank (IDB), which will be invested in waterworks.

The assembly said in a release that the investments will benefit nearly 450,000 families based in the metropolitan area of capital San Salvador (AMSS), especially those living in the north of the city.

The IDB funds "will benefit 1.8mn inhabitants of the AMSS, whose quality of life and wellbeing will improve due to access to sustainable basic services. Progress will focus not only on ANDA's operational and financial performance, but also on modernizing operations," the IDB said in a release.

"With this contribution, the Central American country will focus on improving the continuity of potable water services in the AMSS, reducing the levels of non-revenue water in the AMSS, improving energy efficiency in the North Zone system that supplies the AMSS, and improving ANDA's business management," it added.

The northern part of the metropolitan region "will be prioritized after several studies identified the existence of a higher proportion of deterioration in the water distribution network. Works have not been done in the area since the 1970s and it has losses of nearly 64% of the water supplied,” the national assembly stated.

The problems with Eclac's US$45bn Mexico and CentAm infra plan

The Economic Commission for Latin America and the Caribbean has proposed infrastructure, logistics and energy projects for the countries, but imple...

Parliamentarians carry out a dedicated study to ensure that the country has a law that protects water resources and that it reaches communities tha...

Churches, associations and civil society give contributions for the formation of the General Law of Water Resources...

El Salvador presents a preliminary draft of the General Law of Water Resources that eliminates any intention to pri...

Reforms to punish environmental crimes in El Salvador are approved