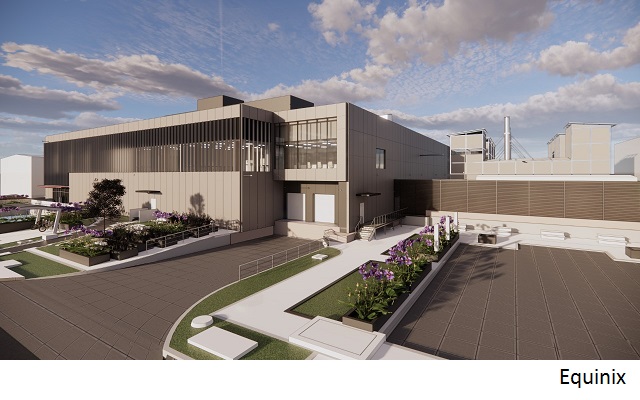 Equinix has begun construction of its second enterprise datacenter in Colombian capital Bogotá – the BG2, a 2,900m2 colocation facility located in the same industrial park and duty-free zone as its existing site.

Equinix is investing US$45mn in the project. The initial phase of BG2 will have a capacity of 550 racks, with room to grow further in future phases. When construction is complete, the facility will provide capacity for up to 1,100 racks, according to Equinix.

Despite the datacenter announcement, the company still does not have pre-leasing contracts signed for the use of the space and is negotiating colocation deals with different enterprises, Eduardo Carvalho, Equinix managing director for Latin America, told BNamericas.

The schedule for the future expansions of BG2 will mainly depend on the demand for enterprise occupation, but the idea is that a first extension could take place in early 2024, according to Carvalho.

According to Equinix, BG2 is one of the largest datacenters ever built in Colombia in terms of colocation space, with 2,900m2 in built area.

“We’re seeing a lot of global companies setting up operations in Colombia, which is viewed as a fairly friendly country to move into. In terms even of sourcing people there and putting call centers or software development centers there too," Equinix Americas CEO, Tara Risser, told BNamericas in July.

"We’re seeing some interest in that space, which obviously drives a need [to be] closer to those companies in order to serve customers appropriately,” Risser added at the time.

Equinix’s first datacenter in Bogotá, BG1, was part of a set of 29 global sites that the group acquired from Verizon in 2017 for US$3.6bn.

Equinix said it has invested nearly US$2bn in Latin America since it began operating in the region in 2011, including acquisitions and expansions in Brazil, Mexico, Colombia, Chile and Peru.

The company ended June with 248 enterprise datacenters across 70 metropolitan regions in 31 countries, 16 of which are in Latin America.

Of the total sites, 108 datacenters are in 28 metropolitan regions in the Americas, including São Paulo, Rio de Janeiro, Santiago, Bogotá and Mexico City.

Another 49 major projects were underway across 34 metropolitan regions in 21 countries, with 13 projects having been added during Q2.

How and where Colombian telcos are investing

Colombia: exports of more than US$152mn in 2022 due to the IT and digital creative industries, supported by MinTIC ...