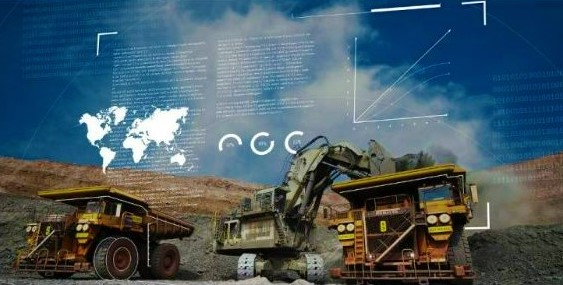 Key drivers behind Anglo American’s US$10bn investment plan for Chile are technology and innovation to establish sustainable and low-emissions mining.

A solar plant floating on tailings, autonomous trucks, a new mineral classification system and coarse particle flotation were some of the milestones cited by Rodrigo Subiabre, Anglo’s innovation and technology manager at the Copper 2022 conference in Santiago that ended on Wednesday.

The London-based company reported a 6% year-on-year decrease in copper production in the third quarter and a 19% decline in Chile to 126,500t, mainly due to lower ore grades in all its operations in the country.

Lower grades are an issue across the board at Chilean copper mines, many of which have been operating for decades, and one that can only be solved through appropriate technologies.

In response, Anglo designed a strategy called Future Smart Mining for its operations in Chile, with the goal of reducing greenhouse gas emissions by 30%, improving energy efficiency by 30% and reducing by 50% the use of continental water by 2030.

One of the initiatives was adopted in 2019 when the company built the first floating solar plant on the Las Tórtolas tailings deposit, in the Colina district of the Santiago metropolitan region. It started with capacity of 86kW. "Today we have a project to build 3MW floating that will save evaporation, which is very important in the central zone of the country," said Subiabre.

The solar plant powered the start of industrial hydrogen production in Chile, and it allowed Anglo American to transform a forklift truck to be able to run for eight hours on 1kg of hydrogen that is still operating today, he added.

Subiabre also mentioned the US$70mn truck the company built for its mining operations in South Africa. The hydrogen-powered vehicle can operate with 3MW for seven continuous days without refueling, while a traditional mining truck consumes 3,000 liters of diesel a day.

In the Los Bronces-Andina mining district near Santiago, which Anglo shares with state-owned copper miner Codelco, progress has been made in the area of drilling, transportation, and autonomous remote operations. There are 10 autonomous drills operating in the district, he said, and 28 autonomous trucks.

Self-driving trucks are designed to operate in complex areas, such where there is snow, surpassing the performance of a traditional truck driven by a human operator. As a result, they reduce risks and can be managed remotely from Santiago.

For the operational continuity project of the El Soldado mine (phase V) in neighboring Valparaíso region that seeks to extend its useful life until 2027, Anglo is piloting a mineral classification system called bulk ore sorting that defines the copper grade or the amount of metal contained in the rock to reduce the entry of sterile material to the plant, making the process more efficient.

Subiabre explained that the technique began on a small scale with capacity of 900t/h, but thanks to technological improvements, today it can reach 8,000t/h. The technology has been in operation for a year and allows the company to distinguish between high-grade and low-grade ore, while reducing energy use and waste generation.

Through sensors, the system rejects the material when, for reasons of grade, hardness, metallurgical recovery or other factors, it is not optimal to process. The rejected material is sent for leaching to the San Francisco dump. “Bioleaching technology will also transform the industry in the next 10 years,” Subiabre added.

With regard to coarse particle flotation, considerable progress has been made, he said. The system, which is also in operation at El Soldado, has allowed flotation at 350 microns, surpassing the previous 150 microns. In Chile it is ground to 200 microns. With the new technologies it is possible for flotation at up to 400 or 500 microns, offering more energy savings.

For tailings management, Anglo has incorporated a system based on hydraulic dry stacking that allows faster drainage, surpassing the efficiency of other filtering options.

"We’re talking about a complete transformation that will mark the way mining is done in the next 10 years, allowing production to double, with higher recoveries and more water savings," Subiabre told the event. 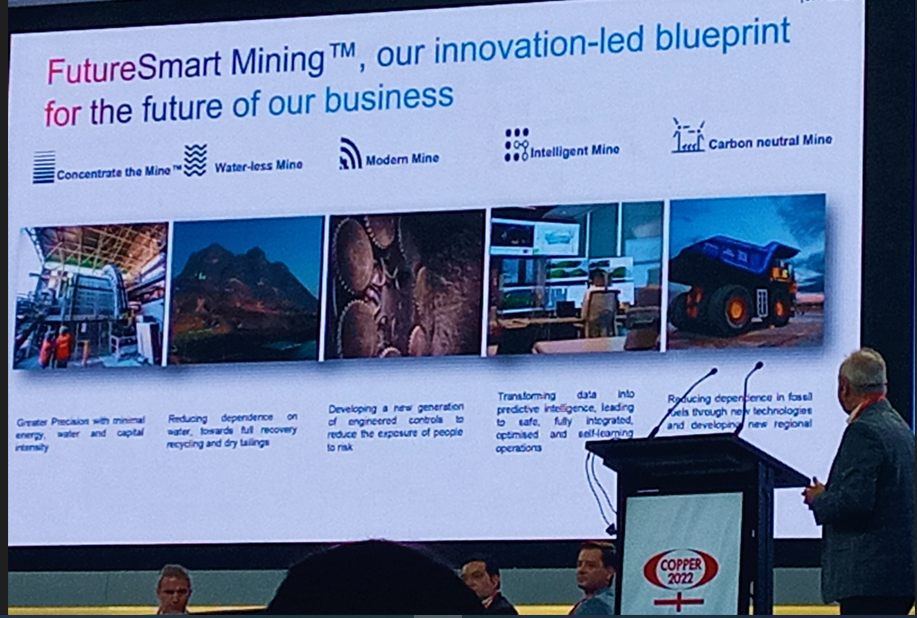 BNamericas spoke to Manish Pant in his first interview with a LatAm media outlet following his appointment as Schneider Electric’s international op...

The controller of Brazil's Ascenty will use proceeds to pay loans and buy land, as well as for acquisitions, among others.

Want to read more information about How Anglo American's using technology to shape the future of mining?