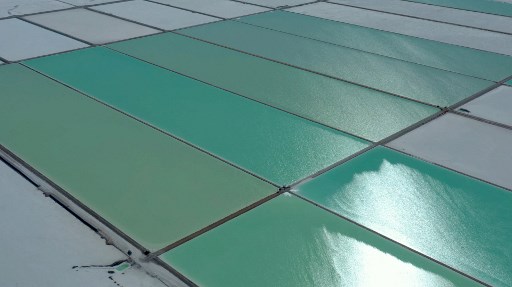 Voices in Mexico’s mining sector see an uncertain road ahead for new state-run lithium company LitioMx, with years of technical evaluation ahead and the need to avoid past mistakes.

The brainchild of President Andrés Manuel López Obrador (AMLO), the company was decreed into existence on Tuesday, as ordered under legislation nationalizing the soft metal in April.

The response from the president’s Morena Party members over the state's foray into “white gold” has been effervescent, with senator Alejandro Armenta telling media on Wednesday that the income generated could pay Mexico’s foreign debt 4.5 times over.

However, data on lithium in Mexico remains relatively scarce, and decisions regarding its exploitation should be “more technical than political,” Fernando Alanís, former president of the Mexican mining chamber (Camimex), was cited as saying by media outlet Expansión.

He added that the government should remember one failure in particular: state-owned uranium company Uramex was created in 1979 with the aim of capitalizing on global expansion of nuclear power, but ended up disappearing five years later.

Earlier this year, Flor de María Harp, head of Mexico’s geological service (SGM) – which has been tasked with an early-stage program to test for lithium – warned that adequately exploring potential deposits will take many years, with no guarantee any of them will be economically viable.

Armando Alatorre, president of the college of mining engineers, metallurgists and geologists of Mexico (CIMMGM), told daily Milenio in April that the state needs to invest roughly US$100mn first to make a proper evaluation of known and potential deposits.

Alatorre said this would likely need 5-10 years to complete, with the required infrastructure taking another three years to deploy.

Like Alanís, Luis Humberto Vázquez, president of the Mexican association of mining engineers, metallurgists and geologists (Geomin), said that more needs to be known about lithium in Mexico, according to Expansión.

Vázquez also joins other critics in stating that LitioMx ought to have been created in clear conjunction with the SGM.

Instead, according to the decree, LitioMx will operate solely under the energy ministry Sener with a board of directors composed of five political appointees.

A lithium-specific regulator has yet to be established, but should be announced in coming weeks.

The board includes the energy minister, their appointee as LitioMx CEO, the economy minister, the finance minister and the head of environmental ministry Semarnat. The head of SGM is invited to participate but will not have voting rights.

To this, Vázquez said, “The government has a fairly strong technical ignorance regarding lithium. The one who has the closest approach to lithium is not even the ministry of economy, it is the Mexican geological service … the one that has been staying on top of this.”

SGM has identified more than 80 regions that could contain lithium deposits, and in October of last year the agency announced it would invest 55.2mn pesos (US$2.8mn) pesos in studies to learn more about the mineral deposits in the country and their commercial viability.

In the months since nationalization was approved in April, doubts have swirled among private players over how their plans and projects might be affected, if there is a way to advance, what partnerships with the new company might look like, would concessions be made to projects if sufficiently advanced, etc.

Under the decree in the federal gazette, LitioMx will have control over every aspect of the supply chain, but it did leave the door ajar for the state firm to work with private sector companies as required.

LitioMx has the ability to “associate with other public and private institutions … to administer and control the activities necessary for the production, transformation and distribution of products derived from lithium.”

But of the 36 supposed lithium projects underway in Mexico, only 20 are sufficiently advanced to be listed in BNamerica’s project database, and of these only two, Sonora and Sonora stage 2, have guidance on the start of operations.

AMLO digs in on energy policies, as economy minister quits

The Mexican president sought quell speculation over the state of the USMCA trade dispute upon the economy minister's resignation Thursday.