Mexico looking to use tanker trucks to bring in US gasoline 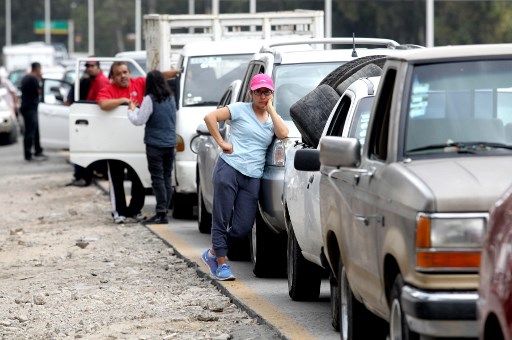 As President Andrés Manuel López Obrador administration's anti-fuel theft campaign enters its third week, Mexico is looking at using tanker trucks to import gasoline from the southern US to border states, according to media reports.

Supplying Mexico's northern states from the US will allow the Cadereyta refinery in northern Mexico to send most of its production to states suffering shortages in the south of the country.

Meanwhile, Octavio Romero, director of state-run oil firm Pemex, stated that Pemex sales of regular gasoline increased by 7.9mn liters between January 7 and 14. He also noted that the government had 5.3Mb of gasoline stored in terminals, as well as 7Mb in anchored ships and 3.8Mb in ships en route to Mexico.

According to the Pemex head, the Tula-Azapotzalco pipeline and Tula-Toluca pipeline were sabotaged and closed on January 15. Meanwhile the Tuxpan-Azcapotzalco pipeline, which transports imported fuel from the coast to Mexico City, was operating normally between January 14 and January 16.

As regard imports of light crude from the US, the decline of which was mentioned as a possible cause for low refinery production of gasoline in a controversial report by the Wall Street Journal last week, the government said it imported 300,000b/d of light crude in December.

Meanwhile the government is keeping up the pressure on organized crime involved in fuel thefts, as it sent a list of bank accounts suspected of being used in these activities to be blocked by banks.

Anxiety about possible damage to the Mexican economy due to the fuel shortages and public and political concern has increased. According to the confederation of chambers of commerce (Concanaco), the service sector has lost almost 5bn pesos (US$265mn) in 11 days due to the fuel shortages. Information from consumer protection agency Profeco shows that 70% of all monitored gasoline stations did not have fuel over the last weekend.

Meanwhile statements from Mexico's largest service station association, Onexpo, and the Mexican government, service to clients should return to normal in the course of the third week of January, albeit through the use of tanker trucks. It is not clear when the pipeline network will be considered to be secure for transporting these products.

In related news, there is suggested widespread complicity in pipeline thefts as contractors at the cancelled new Mexico City airport were found to be using stolen gasoline and diesel in the construction works, according to public statements by López Obrador.

Want to read more information about Mexico looking to use tanker trucks to bring in US gasoline?