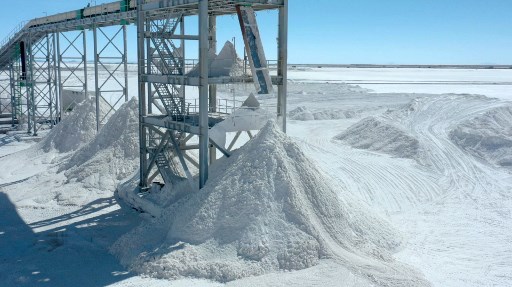 Mexican President Andrés Manuel López Obrador has formalized the creation of state-owned lithium company Litio para México (LitioMx) via decree as an entity under the control of the energy ministry (Sener).

The announcement published as a decree in the federal gazette on Tuesday is a key advance in the project as envisioned by the president and approved by congress in April.

The decree went into effect on Wednesday, starting the clock on a 180-day window for the company to begin operating.

The goal of LitioMx “is the exploration, exploitation, processing and use of lithium, located in national territory, as well as the administration and control of the economic value chains of said mineral,” according to the decree.

Its CEO will be a presidential appointment based on the recommendation of the energy ministry.

The company’s board of directors will have five voting members comprised of executive branch appointees; namely, the energy minister, finance minister, economy minister, interior minister and the head of environmental agency Semarnat.

This concentration of political appointees at the helm stands in contrast to how the boards of Mexico’s state-owned companies have been established in the past.

Previous administrations set up the boards of state-owned enterprises with ministers often joined by company executives, independent business advisors and even worker representation.

Section VII of article 13 stands out in the decree, granting LitioMx the ability to “associate with other public and private institutions … to administer and control the activities necessary for the production, transformation and distribution of products derived from lithium.”

While this seems to leave the door open to private sector participation, questions remain over LitioMx’s involvement moving forward, particularly with respect to pre-existing private projects under development.

López Obrador has become a fierce advocate for developing lithium as a strategic resource in Mexico, given the soft, white metal’s use in energy storage applications and importance in the global energy transition to renewable energy.

He has also pushed to participate in discussions on regional coordination of lithium development with Chile, Argentina and Bolivia. The three neighboring countries are thought to host some 56% of the world’s lithium resources.

Latin American-focused think tank Celag estimates that if potential Peruvian, Mexican and Brazilian reserves are added, the region would control over 68% of global reserves of the metal.

Geological service SGM said earlier this year that it estimates that 18 states in Mexico possess lithium deposits, with Sonora state containing what some say is one of the largest deposits in the world, with an estimated 243Mt (million tonnes) spread over 100,000ha.

Apart from Sonora and Sonora stage 2, all are still in the exploration phases.

Questions remain, however, over the quality of lithium available in Mexico. National mining chamber Camimex has gone on record to say the concentration of the metal in the country's deposits are low, which makes extraction complicated, adding that "the country is far from becoming a world [lithium] power.”

This exploration program is designed to test the continuity of the steeply dipping mineralization and to understand the source of the mineralization.