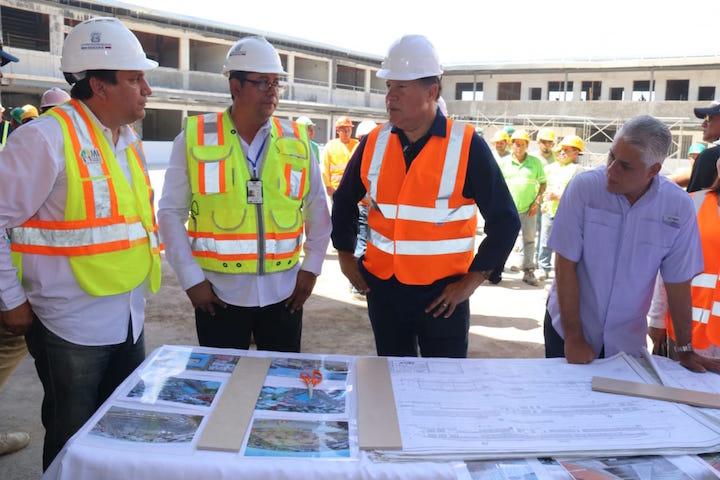 In Boquete, the officials reviewed construction of an intake for a potable water treatment plant and a wastewater treatment system, both of which are about to be completed.

Another project inspected was the paving of a 9.7km road linking Potrerillo Arriba and Palmira Abajo, which is 67% complete, according to a government statement.

Some US$13.8mn is being invested in the work, which includes building four bridges and will benefit 3,300 residents in the Dolega and Boquete districts.

The officials also visited streets that will be upgraded in David district. Preliminary studies and final designs have been completed for the work, and land clearing works has begun, the public works ministry (MOP) said in a separate release.

The works were divided into two. The first entails upgrading 39.5km of roads in Bijagual, Cochea, San Pablo Viejo, San Carlos and Guacá requiring US$21.9mn. The second is for improvements to another 40.8km of roads in San Pueblo Nuevo, Pedregal, Chiriquí and David and requires US$22.5mn. Costa Rican firm Constructora Meco won the contract.

The project is expected to benefit 140,000 residents of nine subdivisions of David.

Once a Latin American titan, Brazil’s Odebrecht is now focusing on debt reduction instead of global expansion.

Mapping out the future of Panama City’s metro system

Infrastructure: The Week in 10 Stories

GUPC’s Panama Canal contract is about to expire