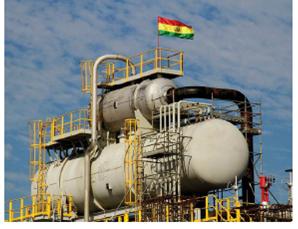 Talk of a potential relocation of Bolivia’s embattled ammonia and urea complex (pictured) in Bulo Bulo has sparked criticism from authorities in Cochabamba department where the country’s first petrochemical plant was built.

Last week, hydrocarbons minister Víctor Hugo Zamora - who branded the US$957mn project as the “worst political whim” of former president Evo Morales’ government -  did not rule out moving the plant to a more profitable location such as Santa Cruz and closer to Brazil as part of re-engineering work.

“How are we going to put a plant more than 1,000km from the principal market which is Brazil,” state news agency ABI quoted Zamora as saying.

“Whether we are from MAS (Social Movement) or not, we are going to defend all the strategic companies that we have within Cochabamba, there are destabilizing efforts to take the plant elsewhere, but we will not let that happen," Cochabamba governor Esther Soria said in response.

Cochabamba’s energy and hydrocarbons industrial development director Mario Apaza added that the relocation is not viable due to lack of raw materials and that the move would cost around 60% of the plant’s cost. Zamora pegged the cost at around US$150mn.

Some legislators have also expressed concern, such as Freddy Gonzáles who said that “our preliminary opinion is that it is unfeasible to transfer the urea and ammonia plant to Puerto Suárez, so we will ask the president of Yacimientos Petrolíferos Fiscales Bolivianos [YPFB] an explanation of the audit for the plant.”

For his part, senator Efraín Chambi said the interim government “should be busy guaranteeing elections and not touching structural issues.”

Plant operations began in January 2018 with nominal capacity to produce 1,200t/d of ammonia and 2,100t/d of urea, but according to Zamora, the plant has operated at less than 10% of capacity.

In addition, he has highlighted that the forecast sale price when construction began in 2015 was US$800/t and it had fallen to US$253/t when the project was completed.

In a report, the hydrocarbons ministry said that average urea production last year was 906t/d, impacted by the distance to potential markets and natural gas supply from declining fields, with no output for 136 days.

In the first half of 2019, plant losses topped US$6mn, with revenue totaling US$37mn and costs reaching US$43mn.

"When it opened, there were no markets contracted to send the production to, the investment was exaggerated and the location is really bad, so far from any border. An attempt was made to solve the problem by building a railroad from the plant in Bulo Bulo to Montero to interconnect with the eastern rail network. Construction of this railroad was contracted in 2013. We're in 2019 and it's not finished so they have to transport the urea first by truck, then transfer it to a train to take it to the borders with Brazil and Argentina," Hugo del Granado Cosio, director of HGC Consultores, told BNamericas previously.

"These problems – transportation, poor location, interruptions, lack of markets – have meant the plant hasn't operated normally," according to Del Granado.

Authorities expect that re-engineering will take up to three months during which time plant operations will continue suspended.

BNamericas talks to Rogério Zampronha, CEO of Prumo Logística, which manages the port, about the future of the complex in Rio de Janeiro state.