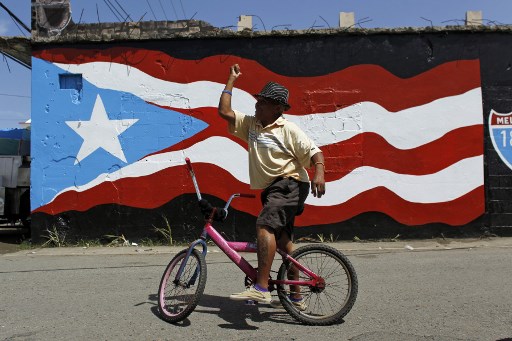 Puerto Rico's insurance regulator (OCS) is working towards the March release of regulations for the US territory's recently approved microinsurance industry, the product of sweeping insurance reforms that were approved in November.

Aimed at making parametric catastrophe insurance available to broad swath of consumers, the law authorizing this form of microinsurance in Puerto Rico is the first for any jurisdiction in the US, according to OCS commissioner Javier Rivera Ríos, as reported in local daily El Nuevo Día.

Rivera Ríos noted that with the final approval of regulations in March, Puerto Rico's insurers would be able to offer the product in the open market, estimating that some 700,000 consumers might be interested in acquiring this form of protection.

Demand could be particularly strong, added Rivera Ríos, among those who found themselves without any protection in the wake of 2017's devastating Hurricane María.

"With María there were 280,000 claims received," said the official. "Imagine how many people don't have insurance in Puerto Rico - some 60% of the loss in María was not insured."

The premiums for the microinsurance policies are expected to range between US$70 and US$600 per year, depending on the degree of coverage desired and the property value.

The new policies are expected to cover amounts between US$1,000 and US$3,000, with coverage up to US$10,000 on the high side for the microinsurance class. Insurers will be required to release claims payment between seven and 10 days after a catastrophic event.

"Hurricane Maria had the capacity to generate transcendental changes in this sector, something that did not happen after (the hurricane) Georges. This was a small industry, protected and with a strong capacity, generating an impact of 12% of the gross product and which has required adopting an advanced public policy and daring to do things," said Rivera Ríos in reference to the legislation approved by Governor Ricardo Rosselló Nevares in November.

New regulations enacted with those laws resulted in the recent release of some 20 regulatory circulars and the introduction of more than 6,500 forms of administrative fines, as well as key modifications to accounting methods.

"We have an industry that is injured, and there is a responsibility to discipline [the insurers] to fulfill their obligations with consumers, and at the same time, that the regulated [insurers] can continue functioning," Rivera Ríos told El Nuevo Día.

The following table details historic and projected economic data for Puerto Rico provided by the IMF.

By the end of 2018, insurance-focused ratings agency AM Best had downgraded the credit profiles of One Alliance Insurance, Antilles Insurance Company, Tower Bonding and Surety Company, Triple-S Propiedad and Integrand Assurance. The agency's view of insurers in Puerto Rico could soon change again after the round of meetings that AM Best had on the island last month.

It will not be until insurers close the books on the 2017 claims once and for all that the regulator and rating agencies like AM Best will be able to make an accurate accounting of the storms' impact on the local industry and its players, according to Rivera Ríos.

As of late summer 2018, Puerto Rican insurers estimated they had processed insured losses from Irma and María of US$4.9bn. However, the remaining claims still outstanding are among the largest and most complex.

"As large cases are being documented - condominiums and business interruption claims, we are going for an estimated US$7.2bn," said Rivera Rios.

Until November 30, according to information obtained by OCS from local insurers regarding the post-Irma and María claims, 10% of some 34,000 commercial property claims were still pending, as well as 11% of the 4,958 claims that had been filed due to business interruption.

Similarly, according to OCS, just over 40% of the 2,183 claims for damage to government agencies, public corporations and municipalities were in the pipeline and of the total residential claims, calculated at 186,437, 2% were pending.

The following table details the current ratings and outlooks from AM Best for Puerto Rico insurers, as updated in January 2019. 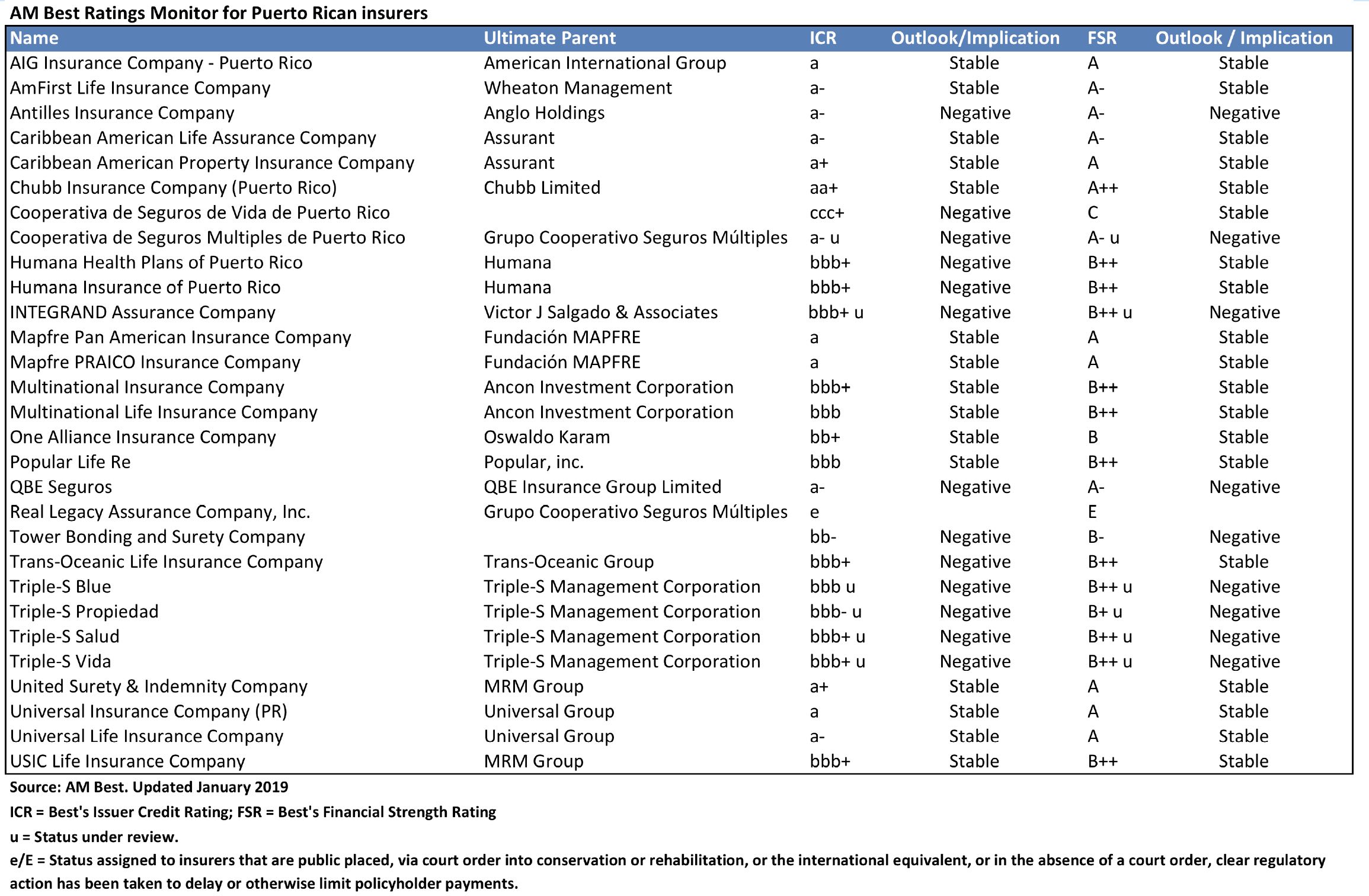 Despite challenges, LAC premiums grew in 2016

According to a recent Mapfre report, in 2016 the region saw its first growth in premiums in three years, despite recessions in Argentina and Brazil.

Catastrophe modeling firm KCC offers an early estimate of damage on islands in the region, while CCRIF extends payouts, Munich Re warns on profits,...