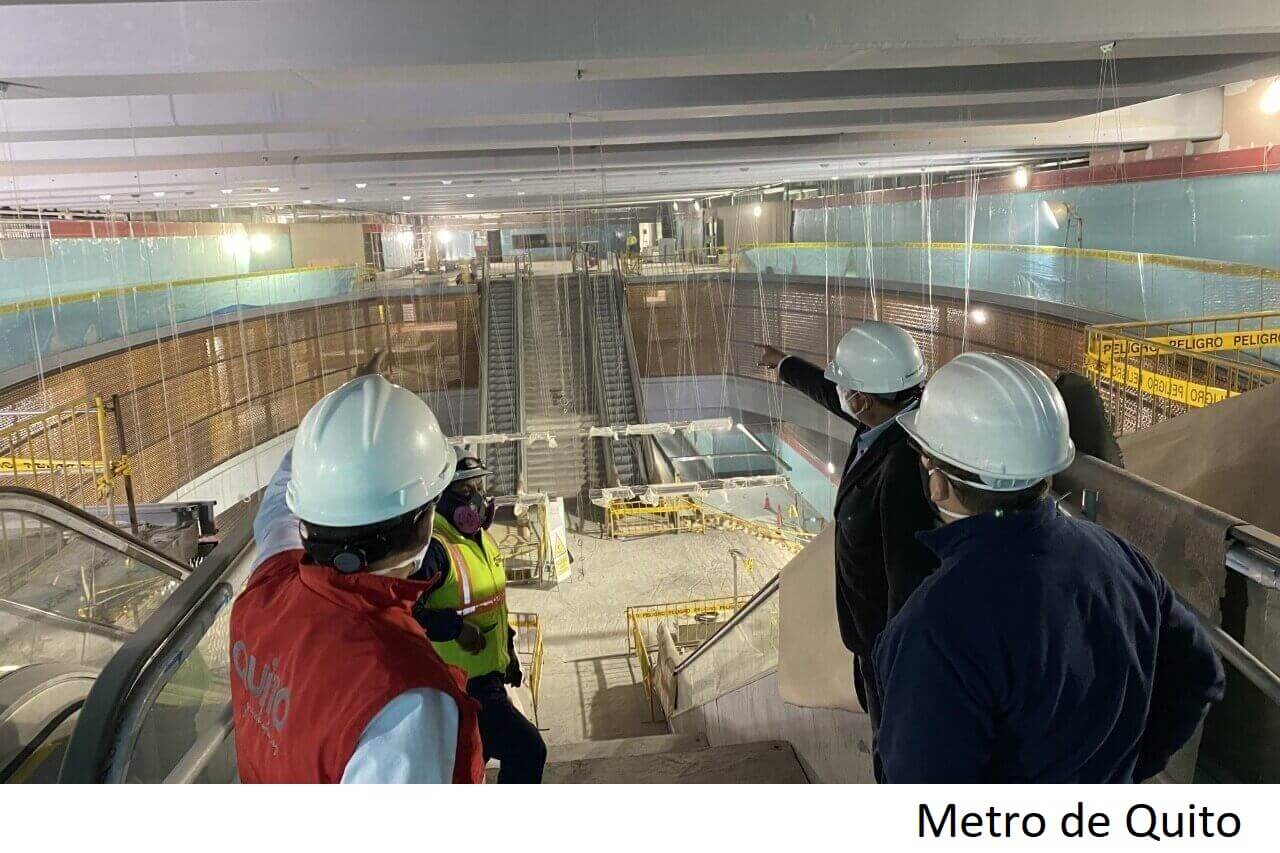 Metro de Quito will launch in the coming weeks an international tender for the operation and maintenance of trains and associated infrastructure for the subway system in Ecuador’s capital.

Initially, a three-year PPP was considered but the period will depend on the proposals submitted by interested companies.

Construction of the metro’s first line is 94% complete and is projected to be completed in about 50 days. Subsequently, tests will be carried out on all subsystems.

For operations, Yánez estimates that the strategic alliance will be for five to eight years.

Talks are being held with stakeholders, including a group from Peru, as well as companies from Germany, Spain, Italy, France, Brazil, Chile and Colombia.

Ten companies have visited the site and have learned about the rolling stock and business models, but approval of the regulation for the partnership by Metro de Quito is still pending, which, according to Yánez, will take place in the coming days.

Once the tender is launched, interested companies would have 35 days to submit offers.

Yánez anticipates that the contract could be awarded no later than September and that the metro would start operating in the first quarter of 2021.

The line, which will be 22km long, requires investment of more than US$2bn. Construction began in 2016.

It is the most important infrastructure and mass transportation project in Ecuador.

The funds will be used for urban mobility, agriculture, transparency and bioeconomy projects, among others.

Phase 1 leaves from Quitumbe and reaches Labrador; phase 2 should link Labrador with Ophelia, along a 5.4km route, with an estimated investment of ...

Alstom celebrates two years of operation of its Cuenca tramway

Quito metro: 'Early next year it should be operating at full capacity'

Other projects in: Infrastructure (Ecuador)

Other companies in: Infrastructure (Ecuador)