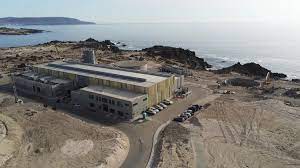 How to adjust water tariffs and appropriate risk allocation are poised to be the biggest challenges for desalination concessions in Chile, according to a senior executive.

“Risks must be assumed by those who can handle them better. Demand risks shouldn’t be held by the concessionaire,” Diego Pini, general manager of Acciona in Chile, told a desalination concessions webinar held by infrastructure think tank CPI, adding that concessionaires would be best suited to handle technology risks instead.

The public works ministry (MOP) is due to launch its first tender for desalination plants in 2025.

A US$250mn desal plant began operations earlier this year under state concessionaire Econssa in northern Atacama region, but its implementation has been difficult when it comes to tariffs.

“To this day, those [new] tariffs can’t be fully applied because they have a high impact on the population. The operation alone meant an increase of around 15%,” Econssa director Magaly Espinoza said during the same event.

She warned that if this issue is not sorted out, desalination would be unfeasible as a potable water solution in Chile.

Environmental permitting was also mentioned as a challenge, with Chile’s desalination association Acades recommending MOP take responsibility to obtain approvals, as opposed to leaving that task to concessionaires after a contract is awarded.

“With both the tender and the obtention of the RCA [environmental approval] it can take 10 or 11 years for a [concession] project to be carried out,” Acades’ executive secretary Francisco de la Barra said.

The first MOP desal concession tender in Chile entails a US$300mn plant for the north-central city of Coquimbo, while a second US$200mn plant is scheduled to be auctioned in 2026 and would serve the central city of Rancagua.