Mexican congress: Shared network 'as important as highways and electricity' 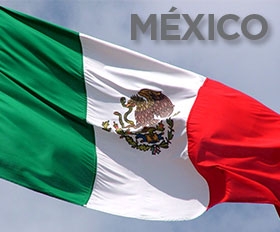 Mexico's congress has vouched for the controversial plans of the communications ministry (SCT) to introduce a shared network using the 700MHz band comparing it with infrastructure projects and basic services in terms of importance.

"The importance of the shared network over the 700MHz band is comparable to that of basic infrastructure such as streets, highways and electricity," said congressmen Juan Pablo Adame Alemán and Fernando Rodríguez Doval in a release. "Its use is both strategic and addresses a fundamental need."

The two representatives said that the shared network will increase internet penetration in the country, especially among people below the poverty line, in addition to driving development of the country's economy, educational services, human rights and government.

SCT announced the creation of the shared telecom network in May, and it was defended by deputy minister Mónica Aspe, as the idea was the focus of criticism due to its planned use of the 700MHz band, which has been identified as a key element for development of 4G LTE services.

Aspe said during a seminar in early May that although the network would be the first of its kind in the region, it will benefit both operators and customers.

"A project of this kind hasn't been carried out before, but it's part of a global trend where we're seeing increased sharing of networks," she added.

The shared network will play a fundamental role in ensuring that mobile virtual network operators (MVNO), which represent 1% of the market, have equal opportunities to reach customers and provide quality services.

Internet penetration in Mexico reached 46% in May. Mobile access accounted for 22.8mn subscriptions, or 18.9% of the population in 2014.

To provide the service, exhaustive tests are carried out on the vulnerabilities detected in the systems, in order to identify those that may compro...

GigNet is the Mexican Caribbean brand of GigNet, Inc., a U.S. based international Digital Infrastructure company specializing in Fiber-to-the-Home ...

Want to read more information about Mexican congress: Shared network 'as important as highways and electricity'?