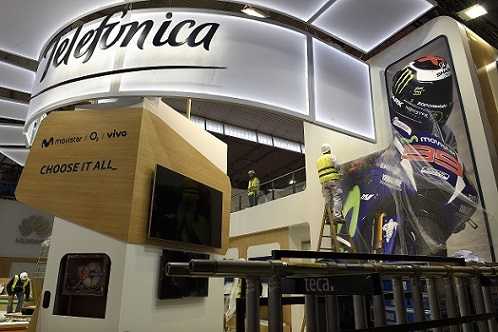 The Board of Directors of Telefónica today approved changes in the Executive Committee of the Company following the departure of Enrique Lloves, motivated by personal reasons. The new Directorate of Strategy and Public Affairs is created under the responsibility of Eduardo Navarro, which will add to its current responsibilities of Communication, Brand, Public Affairs and Sustainability, the direction of the Global Strategy and that of Investor Relations of the Group. With this new direction, the Company's strategy and the way in which it is transferred to the different interest groups are pursued under the same responsibility.

On the other hand, the functions of Corporate Development and Fonditel become dependent on the Finance and Control Department, led by Laura Abasolo. The management of Industrial Alliances will be included in Telefónica Tech, under the responsibility of José Cerdán, to promote agreements with other operators for the distribution of Telefónica Tech digital services. All in line with the strategy announced last November.

Enrique Lloves has been responsible for Strategy and Corporate Development of the Company and Fonditel. Recently, he has led the divestment of Telefónica's operations in Central America, the sale of data centers, the agreement with AT&T in Mexico, the joint venture with Prosegur, and actively participated in the design of the new strategy presented in November of the year past. Throughout his 12 years at Telefónica, he has led strategic acquisitions for the group such as GVT, E-Plus or Digital + and divestments such as Atento, Telefónica's operations in the Czech Republic and Ireland or the processes of incorporating financial partners into the Telxius capital. In addition, it has participated in the IPO of Telefónica Deutschland, as well as in the merger and corporate restructuring of Telefónica's fixed and mobile operations in Colombia.

The Telefónica Board wishes to thank Enrique Lloves for his great contribution, his years of dedication and his demonstrated contribution to the Company.

Developed and manufactured in Brazil, the new product can be financed through credit lines offered by Padtec for providers of different sizes.

Want to read more information about Telefónica announces changes in its executive committee?