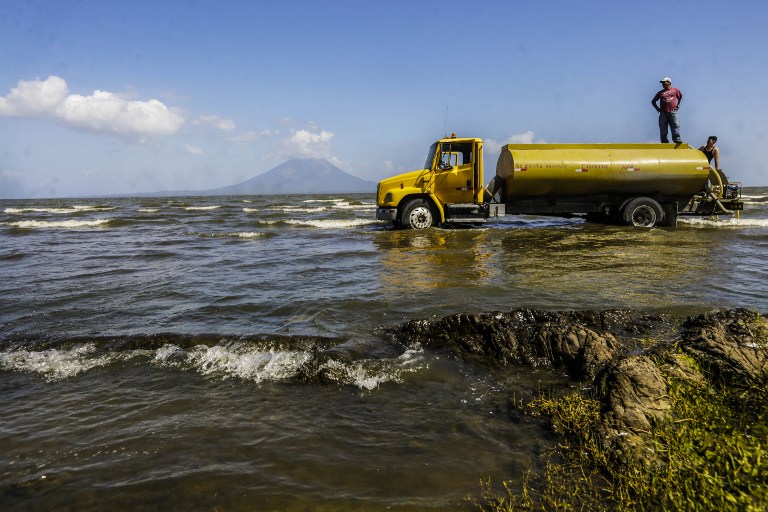 Water supply in Nicaragua is sufficient for the operation of the planned 276km Nicaragua Canal, the project's concessionaire, China's HKND, is reported as saying.

Nicaragua is in the third year of a drought that has resulted in the depth of Lake Nicaragua dropping to about 30m, the paper said.

A 105km stretch through the lake (pictured) would form part of the canal. Lake Nicaragua is the largest freshwater body in Central America.

"In this process we're generating even more designs and new optimizations that will help us reduce even more the need for water," Wild was quoted as saying.

Among measures recommended within the canal's environmental impact study is a reforestation program that will improve water conditions and serve to protect natural water bodies, HKND has said.

Various pro-canal proponents argue that the project is the only measure on the table that will in fact reverse years of deforestation in Nicaragua.

Opponents say the project will cause environmental devastation.

The Panama Canal Authority (ACP), whose interoceanic canal has also been challenged because of drought, introduced, as part of its expansion, water-saving basins that enable the reuse of 60% of water per lock. In all the new set of locks include 18 basins, ACP has said.

HKND is also prepared to offer three options in negotiations for the expropriation of land needed to build the canal, Wild added.

The land owners – estimated at 6,800 families (27,000 people) – will be offered a direct purchase of property, a relocation deal, or a property exchange deal.

To date most work on the project has focused on the area of studies, but Wild said construction of the port of Brito will begin in August or September.

Brito, to be located on Nicaragua's Pacific coast, is one of two deepwater ports in the overall project plans.

Required investment in the overall canal project is estimated at US$50bn.

On Thursday the National Assembly approved the bill to reform Decree No. 1292, which is the International Airport Management Company Law.

The highway will link to the border with Costa Rica.

Other projects in: Infrastructure (Nicaragua)

Other companies in: Infrastructure (Nicaragua)