Why has Brazil's broadband speed improved so little? 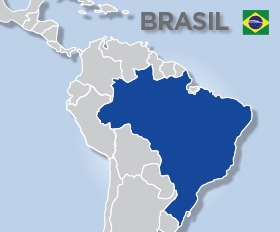 In spite of Brazil being Latin America's largest wireless and internet market, the country still has sluggish broadband speed indicators compared with its neighbors and other emerging markets.

According to Akamai's quarterly State of the Internet report, Brazil saw its average broadband speed in Q4 grow less than any all other Latin American countries, up just 1.6% quarter-on-quarter to 3Mbps. The year before, the country's average connection speed was not much different at 2.7Mbps.

By comparison, Chile, Peru and Bolivia saw growth of 23%, 11% and 10% respectively in the same period.

Brazil also showed the lowest rate of adoption (1.6%) of high broadband connectivity - referring to connections above 4Mbps - among the major Latin American economies evaluated by the Akamai study. Moreover, the increase from the previous quarter was just 16%, compared to 73% in Chile and Colombia.

Only 0.5% of Brazil's broadband connections are faster than 15Mbps, compared to 18% in the US and 3.2% in Uruguay and, worse still, that rate is down 5.9% from the previous assessment.

Another analysis of data transfer speeds, from over-the-top (OTT) video streaming service Netflix, shows that Brazilian operators offered average speeds of 2.56Mbps in February. The company makes a monthly assessment of the performance of its service on the networks of telecoms carriers in several of the countries where it operates.

Brazil doesn't do too badly in the Netflix index and does, in fact, have some of the highest averages in the region. But this is most likely because the majority of Netflix subscribers have connections based on fiber optics or high-speed internet plans.

The government is not blind to the issue. Broadband has been added to the national agenda as one of the priorities of Brazilian President Dilma Rousseff in her second term.

Rousseff promised to double the country's average broadband speed from a reported 12Mbps to 25Mbps by the end of her tenure. She also wants to enable fiber optic connections in 90% of the country's territory and in 45% of households during her administration. The project is expected to rely on public-private partnerships (PPPs).

The pledge, however, could be jeopardized by the country's recent spending cuts and fiscal adjustment initiatives. The country's new communications minister, Ricardo Berzoini, admits that the program will receive cuts, although he has said they will be "marginal" given the importance of the project.

BNamericas questioned local telecoms operators about the slow growth in broadband speeds. In a statement, carriers association SindiTelebrasil said measurements such as those of Akamai and Netflix are affected by factors "completely unrelated to the actions of providers, which can degrade the speed offered by the companies."

The entity said its affiliates are evaluated on a monthly basis by telecoms watchdog Anatel, and that they have been meeting the goal of delivering 80% of the speed contracted in most of the localities assessed.

According to SindiTelebrasil, Anatel's methodology is internationally recognized and eliminates factors external to the network. The regulator uses special meters installed in users' households.

Finally, the association said companies have been investing "heavily and continuously" in network capacity.

Eduardo Tude, head of consultancy Teleco, underlines that faster broadband speeds depend on progress in rolling out high-speed networks based on fiber optics in regions where only ADSL (copper) is available.

"Lots of investments are required and the implementation tends to be slow," he told BNamericas.

The Québec pension fund sees room to diversify its portfolio and increase its presence in Latin America.

What is the 'telecom-as-a-service' that Digital Colony’s Highline is proposing in Brazil?

The infrastructure company wants to sell mobile operations as a "package" to small carriers.

Will Brazil water down 5G obligations?

The opportunities and risks of 5G for energy companies

Want to read more information about Why has Brazil's broadband speed improved so little??