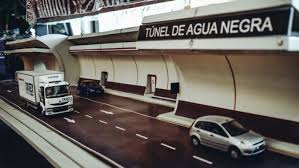 After a meeting between Chile’s President Gabriel Boric and Argentina’s Alberto Fernández in Buenos Aires, both highlighted the need to build an interoceanic corridor between the countries.

While it remains unclear if they will revitalize the US$1.5bn Agua Negra tunnel project which Boric’s predecessor abandoned, Fernández told a joint press conference that “northern Argentina hopes to execute this [corridor] as soon as possible.”

During his first state visit, Boric also met with San Juan governor Sergio Uñac, who is pushing for the tunnel, since it would link the province and Chile’s Coquimbo region.

“I want to be cautious, but I see this process as auspicious. The outlook of this new president of Chile is different from that of the previous one,” Uñac was quoted as saying by local outlet Diario de Cuyo.

Even before Boric took office on March 11, Argentina’s public works minister Gabriel Katopodis had talked with his new Chilean counterpart, Juan Carlos García, about the project.

A source from Chile’s public works ministry (MOP) told BNamericas that concrete information does not exist.

The project started over a decade ago, and a 2017 construction tender yielded 10 prequalified bids.

However, the second Piñera administration, taking office in 2018, questioned cost and feasibility.

Chile’s MOP even tendered a consultancy contract to analyze alternatives to the tunnel project, but the process was canceled after the only bid, presented by IDOM, was disqualified last month, according to bidding documents.

In its 2017 version, the project entails two parallel 13.9km tunnels through the Andes Mountains, about 72% on the Argentine side

A new working table with public and private sector representatives will draft a plan to promote demand, infrastructure and services for the electri...

Kevin Nobels will focus on driving infrastructure and energy investments for Macquarie Capital in Latin America.