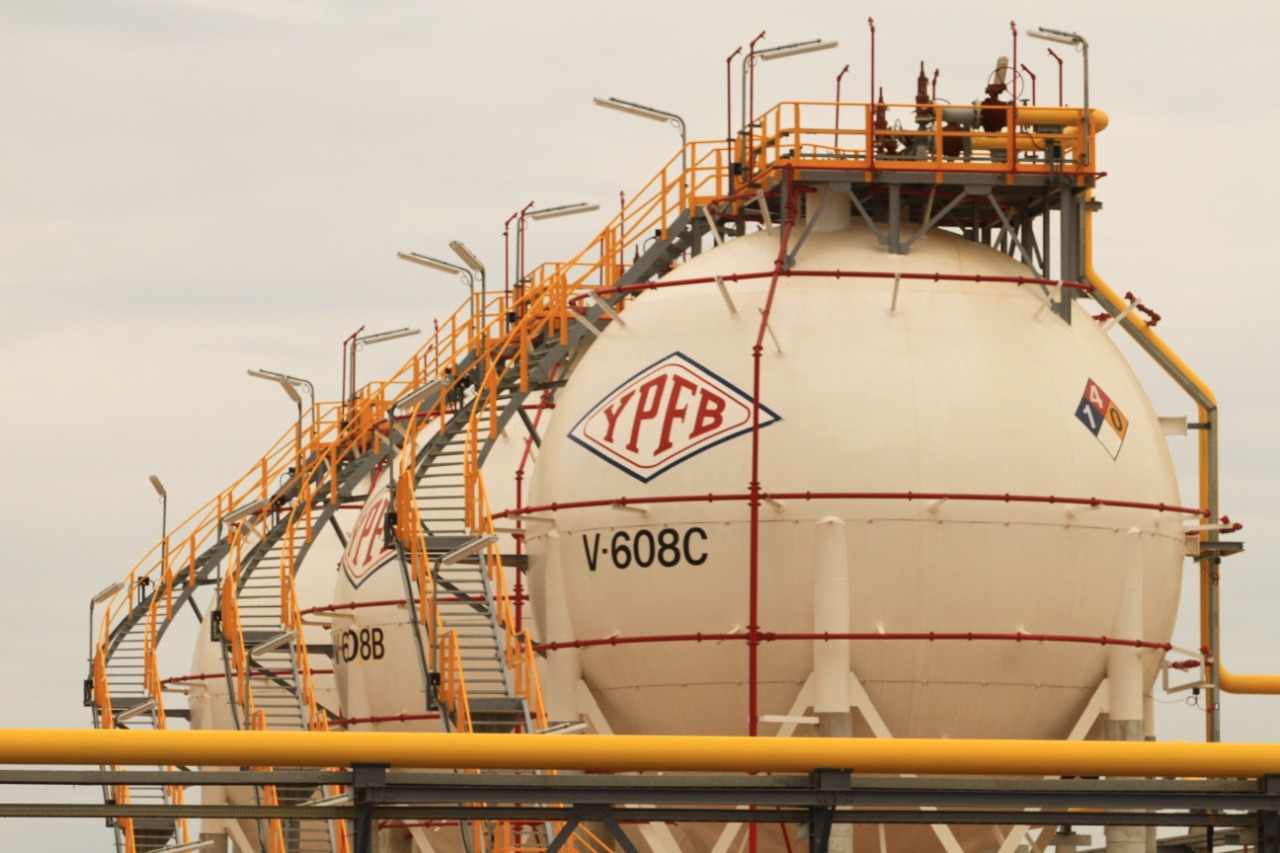 La Paz, May 19 (AN/YPFB). – Bolivian Fiscal Oilfields, at the time of evaluating the development of activities in the Department of Tarija, considers that the reserve replenishment policy was affected by the interruption in the exploratory activities in Tarija and the impediment to work in authorized areas outside the core area of national parks.

In the analysis corresponding to the current situation, it is stated that: “ The reserve replacement policy, considering the decline of the fields, was affected by the interruption in exploration activities, in addition to force majeure and the impediment of working in authorized zones outside the core area of the national parks “, the decline of the megafields and the impact that it presents both in the production of hydrocarbons and in the concept of Royalties and IDH of Tarija is a concern for the state oil company.

It should be noted that a breakdown of the main producing fields was made, as a result of which, it is extracted that:

San Alberto was the first megafield that began to supply the Brazilian market and the one that guaranteed compliance with the GSA contract signed between YPFB and Petrobras. In 1999, the firm De Golyer certified a reserve of 5.3 trillion cubic feet (TCF), natural gas reserves were discovered in 1990, at a depth of 4,319 meters in the Huamampampa formation.

The drilling of the San Alberto X9 exploratory well concluded in October 1990 with an estimated initial reserve of 28 million barrels (MMBls) and 1 TCF of gas. In 2000, the liquefiable separator plant was built with the first module to treat 6.6 million cubic meters per day (MMmcd) of gas. In 2001, with the second stage, 13 MMmcd were completed.

“ The field has more than 20 years of continuous exploitation , the consequence of this is that it is in a stage of decline, in addition to the fact that its production comes from naturally fractured reservoirs, the result is a lower volume of gas extracted for the exports and less gasoline for the domestic market”,

In the case of Sábalo, operated by Petrobras, it is located 30 kilometers from the city of Villa Montes. Between 1996 and August 2019, US$1,075 million were invested in the San Antonio area in the drilling of 10 wells, including exploration and development, a gas processing plant, pipelines, collection lines and other facilities. " With more than 18 years of sustained production, it is the most important gas field in Tarija and the second at the national level, which is also in a stage of decline."

In the analysis regarding the economic impact caused by the decline of fields and the interruption of exploratory activities, it is important to remember that given the aforementioned scenario, in addition to the strong economic recession of the 2020 administration, the responsibility as a productive company is greater, The recovery of the hydrocarbon sector made it possible to contribute to the growth of the Bolivian economy, which reached 6.1%, as a result of the policies to deal with the pandemic and the broad set of economic policies aimed at rebuilding the economy, within the framework of the Productive Community Social Economic Model.

For this reason, the government in the General State Budget - 2022, foresees a growth of the Gross Domestic Product (GDP) of 5.1%, a public investment of US$ 5,015 million, with emphasis on promoting the productive sector and import substitution. In this sense, for the productive sector in hydrocarbons, the amount of economic resources budgeted for the state oil company in the present administration, although in values they are greater in relation to the governorates, mayors, municipalities and universities of the country, without detracting from the institutions, it is due to the development of projects both in exploration activities and in other chain activities that will improve the economic situation. It should be remembered that the needs and requirements of the sector were in a critical situation, and these resources had to be increased even more.

It should be noted that the investments made by the state company for exploration activities, if they are successful, not only generate the hydrocarbons that reach the different homes of the country and other economic sectors, thus allowing the economic boost, but they also increase the income received from their commercialization, benefiting governments, municipalities, universities and the general population through Royalties and IDH.

In that sense, attending the press conference given by the Departmental Assemblyman of Tarija Luis Lema Molina, last Monday, May 16, regarding questions regarding the YPFB budget and the request for an audit of the company of all Bolivians, It is necessary to clarify that in the scope of its departmental competences, firstly, it is necessary to request audits of the management of economic resources by the regional authorities of Tarija, resources that come from hydrocarbons and that for the period 2006-2022 are estimated at around $us 4,000 million for royalties received by the Departmental Government of Tarija, money that should have generated a multiplier effect in the regional economy regarding road infrastructure, health and education, in addition to the provision of basic services, converting the quality of life of the Tarijeños are an example worth following.

YPFB projects Income of USD 2,960 MM for the present management

YPFB projects Income of USD 2,960 MM for the present management

Supreme Decree No. 4667 increases the number of reserved areas in favor of YPFB and streamlines exploration and exp...

Well Margarita 10 will be the largest gas producer in Bolivia

Want to read more information about YPFB: Replacement of reserves affected by the interruption of exploration activities?