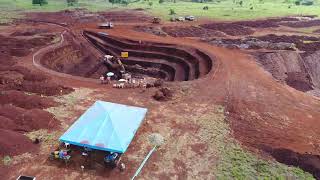 Mining companies in Latin America will continue to benefit from high metals prices as global responses to Russia’s invasion of Ukraine constrain supply.

While prices of key Latin American commodities such as copper, aluminum and iron ore are expected to fall from current highs, in part due to weaker Chinese demand, analysts are forecasting an extended period of strong prices, with some revising up price estimates amid prospects of prolonged Western sanctions against Russia.

Russia is a significant supplier of metals including nickel and copper, as well as oil, gas and coal, key energy inputs for the mining sector.

“We expect prices to stay high for some time given the risk of further Western sanctions and the ongoing disruption to physical supply,” Capital Economics said in a release, adding that stocks of most metals are low.

“But prices should start to ease back if risks wane. After all, China’s economy has slowed sharply.”

Metals markets are grappling with a “major supply-side shock” to the global economy caused by the war – along with some of the toughest sanctions ever imposed, according to UK-based consultancy CRU.

“Sanctions this tough are pretty much unprecedented for an economy so large and one which plays such a big role in the supply of many key commodities, and that’s going to mean more supply chain disruption worldwide at a point where the global industrial sector was somewhat on the path to normality,” CRU’s principal economist Alex Tuckett told a webinar.

Nickel prices have risen sharply following the start of the Ukraine war, from around US$10/lb (US$22,000/t) at end-2021 to above US$20/lb in late February, before stabilizing around the US$15/lb mark.

Russia was responsible for about 9% of global nickel production last year, at 250,000t, compared to 100,000t produced by Latin American market leader Brazil, according to the US Geological Survey.

But the figure rises above 20% for Russia's output of higher quality class 1 nickel, which is required by the growing electric vehicle industry, according to CRU.

“Russian exports are key to the market and you could see further price rises if there was a disruption,” CRU analyst Nikhil Shah said.

“So far we haven’t seen any sign of any disruption. The only challenge this far is from a logistical point of view.”

But prices are likely to come down.

Copper prices, which were already high at the start of the year, have also risen modestly as a result of supply concerns following Russia’s invasion of Ukraine, up around US$0.20 to about US$4.70/lb currently.

“At the moment we have seen some risk premium in the copper price due to potential disruption because, as with many base metals markets, the fundamentals are tight and inventories are low, so any disruption is going to cause some short-term upward movement in the price, but further out we will see some reorganization in trade flows in the copper market, along with some of the other markets as well,” CRU’s Shah said.

While Russia accounts for around 4% of copper output, the key driver for prices will be supply from the dominant South American producers, Chile and Peru, according to Capital Economics.

“We think high prices will incentivse miners to resolve [supply] issues and return supply to the market,” the release states.

But sanctions will play a role in the copper market.

Capital Economics expects slower economic growth in most regions to begin to weigh on steel demand and iron ore prices, while softer construction activity in China will dampen zinc prices later in 2022.

“This year overall we are looking at a much tighter zinc market, with a deficit of over 200,000t and a much higher price than we were expecting three months ago,” CRU’s Shah added.

Peru is the world’s second biggest zinc producer, with Mexico and Bolivia sixth and seventh, respectively, in 2021.

On the aluminum front, CRU has cut its forecast demand growth for 2022 to 2.6% from 4.2%, as weaker economic growth weighs on automotive sales.

“The aluminum sector is most acutely feeling the impact of energy implications,” CRU analyst Ross Strachan told the webinar.

Energy is the largest component of cost in aluminum production and prices have surged in the wake of the Ukraine invasion.

Capital Economics expects the aluminum market to remain near to balance in 2022, with higher energy prices in Europe causing smelters to cut output, while higher prices prompt new capacity to come online in China.

Brazil and Jamaica rank among the region’s main producers of alumina and bauxite, used in aluminum production.