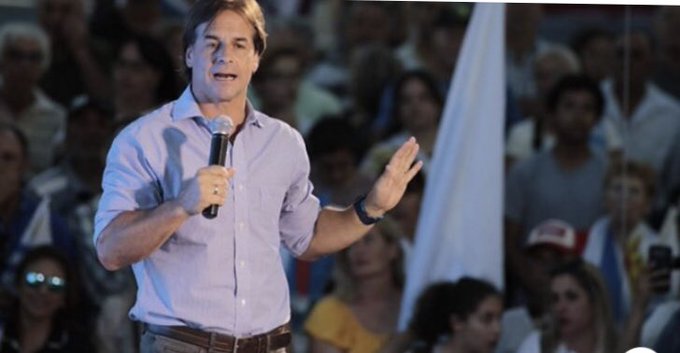 Uruguay’s transition to a new government hit a rocky patch this week as president-elect Luis Lacalle Pou exchanged criticism with the current administration over the size of fiscal deficit, while an elected lawmaker from his coalition voiced opposition to a US$3bn pulp mill project from Finnish firm UPM that is supported by Lacalle Pou.

The clash with the exiting administration began on December 3 when Lacalle Pou told Telenoche that, because of the government’s decision not to increase public service rates next year, his cost-cutting measures will have to increase by US$400mn.

Economy minister Danilo Astori, answered back by telling magazine Búzqueda that Lacalle “began the transition on the wrong foot,” accusing the president-elect of lying and ignorance.

"The incoming government sees it as a move from the exiting administration to force the new authorities to cut spending as soon as they take power on March 1," Antonio Cardarello, political sciences professor at the Universidad de la República de Uruguay, told BNamericas.

The morning after, however, Ernesto Lust, an elected lawmaker for right-wing party Cabildo Abierto, said on Twitter that Uruguayans “will stop the rail line and the UPM plant. In a democracy, the courage and sovereignty of the nation is unbeatable,” referencing both the US$3bn plant and a US$1.1bn rail PPP associated with it it.

Cabildo Abierto, founded by a former general and which became the fourth largest party in congress after the October general elections, is part of Lacalle’s coalition, despite being more conservative in economic and social issues.

Lust’s statements “places the president-elect in a difficult position, since he had to say that he disagrees with some aspects negotiated by the previous government, but that he completely agrees with the pulp mill’s installation,” says Cardarello, who adds that “everyone acknowledges the importance that it will have on job creation.”

BNamericas provides a roundup of infrastructure and water news from Uruguay, Argentina and Chile.

Other projects in: Infrastructure (Uruguay)