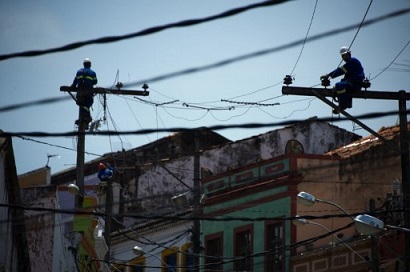 Latin America is being impacted by both political issues at home and a fog of uncertainty swirling beyond its borders – but the region’s economic fortunes should improve next year and underpin a forecast rebound in M&A activity in 2021.

Powerhouses Argentina, Brazil and Mexico are underperforming, with their respective domestic environments the key culprit.

Added to this, elevated levels of uncertainty in the global investment community, generated by US President Donald Trump’s erratic policy moves, are causing investors to take a cautious stance.

Trade tensions have also resulted in weaker Chinese demand for metals, which has stung Chile and Peru, key suppliers to the Asian manufacturing giant.

Together, this has generated weaker growth prospects for Latin America – and dampened regional M&A activity.

Indeed, global law firm Baker McKenzie expects regional M&A activity to reach US$77bn next year, down from an expected US$90bn this year and the US$103bn seen in 2018.

“Make no mistake — deals are getting done, but the current slowdown is inevitable considering the continuing uncertainty around trade and regulation,” said Ai Ai Wong, chair of Baker McKenzie’s Global Transactional Group. “We know that around the world, there are many investors and companies with capital on the side-lines, waiting to move forward with domestic and cross-border deals.” 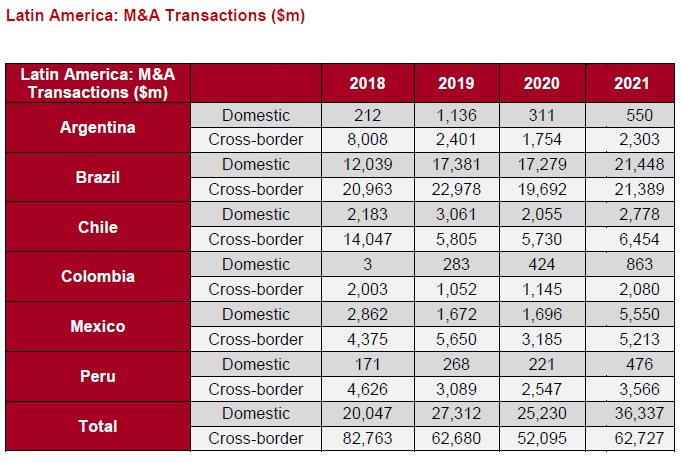 In Latin America, domestic M&A deals are expected to fall 8% next year while cross-border deals are anticipated to slide 17%.

Although the needle on the domestic and global risk gauge will continue to indicate heightened levels – with the likes of sustained trade and political tensions key hazards – Baker McKenzie is cautiously optimistic about a rebound in economic and deal-making activity.

Jaime Trujillo, Latin America region chair at Baker McKenzie, said it was a question of waiting.

Trujillo said: “Although Latin America’s political volatility has contributed to the regional decline in M&A activity, once the region reaches its equilibrium from the results of the 2018 and 2019 elections, we can expect an economic bounce back.

“We’re cautious of what 2020 will bring, but optimistic about the region's future.”

Externally, next year’s US presidential elections are a focal point of investors, who want to know whether Trump will take the helm for another term or the likes of Democrat Joe Biden – who would arguably follow a more orthodox policy path – will replace him.

In terms of deal-making, the value of cross-border M&A deals will continue to exceed that of domestic M&A, said Baker McKenzie in its fifth annual Global Transactions Forecast, a report produced in conjunction with British research firm Oxford Economics.

The report states that Pacific Alliance bloc members Chile, Peru and Mexico “have the most fertile conditions for transactional possibilities in the region.” Chile and Peru - both major copper exporters - should benefit from a forecast rebound in prices of the red metal.

The first is technological disruption, which is spurring companies to acquire advanced digital capabilities. The second is pressure from activist investors while the third is private equity investors, who may take advantage of opportunities created by market volatility.

The energy sector is spurring M&A activity in the region this year.

Three of the top five deals in 3Q19 were focused on electric power and oil and gas.

The biggest so far in 4Q19 was US player Sempra Energy’s sale of its Chilean assets to China State Grid for US$2.2bn. China State Grid has said it wants to expand its footprint in Latin America and would focus on Chile, Argentina, and Colombia.

A utility giant, China State Grid expanded into Latin America in 2010, using Brazil as its entry point. The company bought seven Brazilian power transmission companies before expanding further in this market and entering, via its purchase of electricity company CPFL, the electricity generation business.

Another driver is the technology sector, which continues to attract investor interest.

“Across all sectors, companies will seek to acquire advanced digital capabilities that they cannot replicate in-house in order to remain competitive,” Baker McKenzie said in the report.

On the technology M&A front, this month ride-hailing app Uber said it would buy a majority stake in Chilean online grocery provider Cornershop. Elsewhere, telco Liberty Latin America said it had entered into a definitive agreement to acquire AT&T’s wireless and wireline operations in Puerto Rico and the US Virgin Islands, in a US$1.95bn deal. In the legaltech space, meanwhile, the region’s biggest player, Lemontech, has told BNamericas it was seeking acquisitions in Latin America and the US.

The monthly growth was 9.34% in December.

PI System is already installed in 30 bioenergy parks in operation by the company, which maintains a continuous improvement system to optimize opera...

Want to read more information about Why Latin American deal-making should bounce back in 2021?