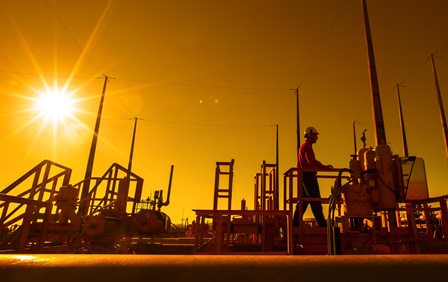 Most of the amount, which is pending government and corporate approvals, will be to expand the capacity of its gas pipelines and generate flexibility to support the flow of domestic gas.

Meanwhile, the company is considering investing in liquefied natural gas (LNG) storage assets to promote integration between the gas and electricity sectors.

The objective is to offer a logistical solution that meets the high degree of flexibility required for the dispatch profile of the country's thermal power plants.

With investments of 230mn reais, the Itaboraí-Guapimirim gas pipeline (Gasig), under construction, signals the resumption of natural gas transportation projects in Brazil, which in the last 10 years has not seen any new gas pipeline infrastructure to expand the network.

As its pipeline network is in the “heart of the country,” NTS also plans to take advantage of the pre-salt routes, as well as the LNG supply that arrives through Guanabara Bay in Rio de Janeiro.

NTS has also submitted to oil and gas watchdog ANP its plan for opening existing transportation capacity, which will make at least 12Mm3/d (million cubic meters a day) available for access by pre-salt producers to the markets where it operates.

Of this capacity, it is estimated that another 5Mm3/d can access markets such as São Paulo and the south region of the country.

Responsible for transporting 50% of the natural gas consumed in Brazil, NTS is an asset of Brookfield and Itaúsa, in addition to the British Columbia Investment Management Corporation, the CIC and the GIC.

ANP approved the reclassification of the Osduc pipeline from a transfer duct to a transport pipeline, following a request from VAST Infraestrutura.

The decision is part of a project to implement an alternative oil supply for two of the largest refineries in the country.

Osduc is a 180km oil pipeline that connects the Cabiúnas terminal in Macaé to the Campos Elíseos terminal in Duque de Caxias, both in Rio de Janeiro state.

The system is operated by Transpetro, a subsidiary of Petrobras. Through the Osduc, the federal company’s oil produced in the Campos basin is moved to Duque de Caxias, where it supplies both the Duque de Caxias refinery (Reduc) and can be transferred to Betim, in Minas Gerais, via the Orbel II pipeline, to supply the Gabriel Passos refinery (Regap). Both refineries belong to Petrobras.

Osduc was previously authorized by ANP as a transfer pipeline for the exclusive use of Petrobras.

A transfer pipeline is one whose route is considered of specific and exclusive interest to the owner. A transport pipeline, on the other hand, may be accessed by third parties. In this case, the pipeline must be operated by a transporter, which cannot market the products moved.

When there is proven interest of third parties in a transfer pipeline, ANP can reclassify it as a transport pipeline.

The decision regarding Osduc may enable an alternative source of oil supply for Reduc and Regap from Açu port in São João da Barra, in Rio state.

The estimated value of the contract exceeds 1.9bn reais.

With the new contract, ES Gás has two suppliers, since it was already served by Petrobras.

One of the two processing units at Petrobras’ Isaac Sabbá refinery (Reman) in Manaus, Amazonas state, was shut down on Thursday.

According to Petrobras, there was a problem in the engine of the vessel that transported oil from Urucu to the plant, adding that supply in the region was not affected.

Reman was sold by Petrobras to Atem Distribuidora but the transfer is yet to be concluded.

ANP finished rubberstamping the results of the 3rd open acreage concession round, with the approval of the acquisition of 18 blocks by Origem Energia.

In the tender, held in April, 59 blocks were auctioned. In August, the watchdog had approved the results for another 40 blocks

The winning bidder for block ES-T-399, CE Engenharia, was disqualified for not presenting the necessary documentation for qualification.

Radix has won a Petrobras tender to develop scientific software focused on well and subsea engineering.

Considering the volume of work, the bidding process was divided into three lots for wells and three lots for subsea, allowing the contracting of one, two or three companies.

Radix was the winner of two subsea lots and one well lot, with services estimated at approximately 49mn reais.

Enauta resumed production from three wells in the Atlanta field, in the Santos basin.

During the production stoppage that began on August 26, demands from the labor ministry were met and inspection and adequacy work was carried out on the FPSO Petrojarl I to extend the charter contract for an additional two years.

Over the next few months, these activities will be concluded to allow, by the end of the year, the classification agency to assess the general condition of the FPSO and confirm the extension of its useful life.

Raízen – a joint venture between Shell and Cosan – has signed an agreement for the supply of oil products for aviation with Azul Linhas Aéreas Brasileiras.

The agreement foresees the possibility of supplying electric power generated by Raízen through distributed generation and the commercialization of sustainable aviation fuel.

With an operating fleet of more than 160 passenger aircraft, Azul has approximately 900 daily flights to more than 150 domestic and international destinations.