How Brazil is pushing ahead with concessions despite COVID-19 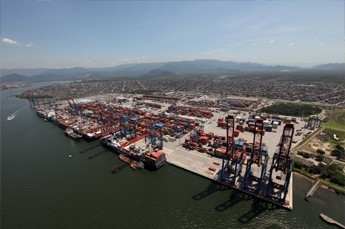 The Brazilian government is pushing ahead with its plan of infrastructure concessions in order to hold auctions shortly after the worst phase of the coronavirus crisis.

Although government officials admitted this week to the possibility of delays in the agenda to sell state-run companies due to negative sentiment among global investors, the agenda for concessions remains on track.

"It is still early to speculate about any change in the schedule due to the current contingency caused by the coronavirus pandemic," infrastructure minister Tarcísio Gomes de Freitas told a conference call with investors that was organized by Bank of America Merrill Lynch.

“Concessions are long-term investments. Banks, funds and infrastructure operators have been working with revenue prospects for decades, which mitigate the effects of the present moment on the attractiveness of assets," he said.

BNamericas takes a look at the progress of several infrastructure projects that will be offered via concessions.

At the end of last month the infrastructure ministry sent feasibility studies to the country’s audit court (TCU) for the concessions of two terminals at the port of Aratu, in Bahia state.

TCU is the authority in charge of reviewing proposed concessions before auctions are authorized.

One of the terminals offered is ATU12, which is dedicated to the handling of solid bulk, mainly fertilizers, copper concentrate and various ores. The term of the concession is 25 years.

It is a brownfield project of approximately 190,000m², with expected average handling of 2mn tons per year.

The required investment for the terminal is 230mn reais (US$42mn) and the auction is set to take place in the fourth quarter. More details can be obtained here.

The second terminal is the ATU18, a greenfield project of approximately 51,562m², which will focus on the handling and storage of solid vegetable bulk.

The concession will have a 15-year term, which can be extended, The projected capex is 119mn reais and the auction is expected to be held in the fourth quarter. For more details, click here.

At the start of April, the infrastructure ministry sent to TCU all the studies linked to the planned concession of terminal MCP02 in the port of Santana, in Amapá state.

Capex is estimated at 41.4mn reais and the terminal will handle and store solid vegetable bulk, especially soybean.

It is a brownfield project of 3,137m² and the tender notice is likely to be published in the third quarter, with the auction set to take place in Q4. More information can be obtained here.

At the beginning of this month, TCU approved the concessions for two pulp terminals in the port of Santos, which is the country's busiest port.

The STS 14A terminal will require capex of 146mn reais and the auction is expected to be held in the third quarter. See further details here.

Meanwhile, capex for the STS 14 terminal is 134mn reais with the auction slated for Q3. Additional information can be found here.

The ministry sent the studies for the concession of the MAC10 terminal at Maceió port, in Alagoás state, to TCU on April 7.

It comprises a greenfield area of 7,932m² and the terminal will focus on handling and storage of liquid bulk, especially sulfuric acid. The auction is planned for the fourth quarter with capex of 12.8mn reais. See more details here.

This road system is the main link for the northern states of Tocantins, Maratha, Pará and Amapá to the country's center-south region, comprising a total of 851km.

The tender notice is expected to be published in the third quarter with the auction set for Q4.

The 30-year concession has an estimated capex of 7.56bn reais and opex of 4.24bn reais. More details can be seen here.

Low levels of public investment partially explain the deterioration of the country's highways.

Want to read more information about How Brazil is pushing ahead with concessions despite COVID-19?