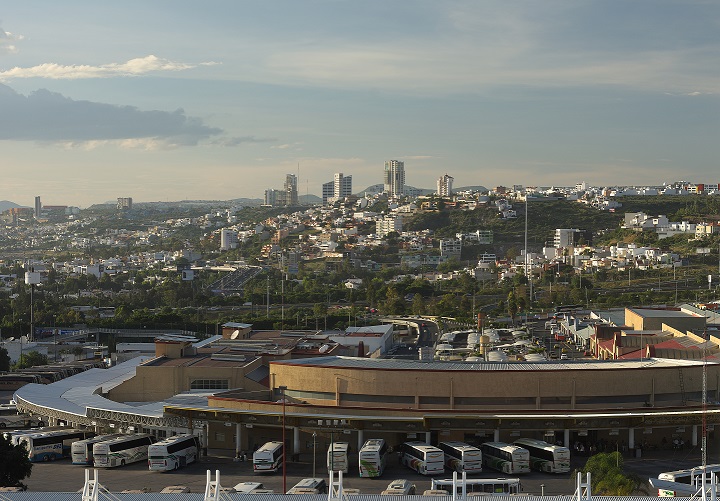 Mexico’s Querétaro state has become the new datacenter hotspot in Latin America and is on the way to becoming the hub for industry 4.0 in the region.

The central state has overshadowed other Mexican states in terms of investment in technologies.

The state harbors the Mexican operations of, among others, Bombardier, VUHL, GE Aviation and Continental, as well as IBM, Ericsson, Huawei and Samsung. In a report last year, KPMG named Querétaro the top state for foreign investment in Mexico, whereas S&P Global made it the first state in the country to obtain an investment grade rating.

Querétaro has also been praised for its successful pro-industry “triple helix” approach, based on facilitating exchanges between the government, academia and industry.

More recently, a series of projects involving colocation datacenters to host hyperscale cloud providers are set to place Querétaro right after the metropolitan regions of São Paulo and Santiago as the top poles for datacenters in Latin America.

In addition to the state’s pro-investment bet, part of the explanation for the growing datacenter interest in the area is in the supply of electricity, water and fiber optic infrastructure, as well as the demand for services from cloud providers and over-the-top applications such as Amazon Web Services, Oracle and Netflix.

The pandemic also ended up accelerating cloud projects that were already in gestation but received new momentum due to the greater use of remote tools and video.

Furthermore, a program to encourage innovation and industry 4.0 by the state government also helps explain Querétaro’s recent push. The program for the development of technology and innovation, or Pedeti 2020, is championed by the state's sustainable development secretariat Sedesu.

Through Pedeti, the government offers support to individuals and legal entities that have information technology and industry 4.0 projects.

Launched in 2020, Pedeti aims to promote the development and adoption of information and innovation technologies that contribute to increasing the productivity of strategic sectors in the state, according to the terms of the law that created the initiative.

Other objectives of the program, whose first call was launched in Q3 last year, include promoting the acquisition of technological equipment; training of human capital in information technologies and innovation; promoting the integration and strengthening of production and supply chains of companies; and contributing to the development and implementation of projects related to smart cities.

Pedeti also falls under Querétaro’s 2016-21 development plan, a long-term policy to boost investments in the state.

While Pedeti is helping spearhead industry 4.0 initiatives in the state, Querétaro also has other programs aimed at the so-called fourth industrial revolution.

One example is the Regional 4.0 Productivity Center (Ceprodi 4.0), which is focused on industry 4.0, big data, internet of things, and cloud computing, targeting the Bajío region of central Mexico. The focus is on the automotive, aerospace, plastics and metalworking verticals.

Ceprodi was born as an alliance between the Mexico-United States Foundation for Science (FUMEC), the government of Querétaro and the Technological University of Querétaro (UTEQ), with the support of the economy ministry’s PROSOFT program.

In addition to Ceprodi, there’s also the 3D and advanced manufacturing program ConMad (Additive Manufacturing Consortium), an alliance between the Center for Engineering and Industrial Development, General Electric (GE), the Center for Advanced Technology, the Center for Research and Advanced Studies (CINVESTAV) of the National Polytechnic Institute, and Sedesu.

CINVESTAV also harbors Querétaro's first laboratory of quantum technologies for communications (LaTeC2) while Sedesu is co-investing in the nanosatellite K’OTO, which is being developed at the National Autonomous University of Mexico (UNAM), in Mexico City.

In an interview in December with local daily AM Querétaro, governor Francisco Domínguez Servién indicated that the state is already attracting investments that would otherwise go to other countries and that at least four of the companies installed in Querétaro “compete with those installed in the UK, Brazil and Spain.”

But perhaps one of the most visible facets of the flourishing industry 4.0 in the state is the new datacenter build-outs.

Some of these projects under development in Querétaro are public and known, while others are still being planned. Among the public ones, there are the projects of Brazilian multinationals Ascenty (two datacenters) and Odata, as well as of US group Equinix.

BNamericas details them here and here. One of Ascenty’s datacenters is under construction while work on Odata’s is yet to begin.

“We chose Querétaro not only because it is located in a less seismic region, but mainly because of its proximity to important economic centers and because it is a hub of fiber optic backbones that are crucial for our end customers.” Odata's CEO Ricardo Alário said.

BNamericas also learned details of datacenter projects that are under development in the state.

Microsoft, for example, is building its Querétaro datacenter on the campus of Arkansas State University. Opened in 2017 with a US$75mn initial budget, the university campus covers an area of 370 acres (150ha).

Ascenty’s and Odata’s sites will be relatively close to one another and to Microsoft’s facility. In addition to these, Santiago de Querétaro, the state capital, also hosts the datacenters of KIO Networks, Santander and Banamex.

According to market sources, the problem with this concentration of datacenters is that companies end up “competing” for the same energy supply and for the licensing process, which can lead to a delay in works.

This could already be happening with some of the projects in Querétaro's capital.