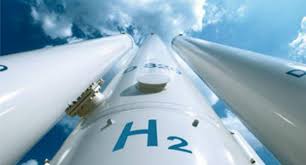 The green hydrogen wheels are turning in the Southern Cone countries of Argentina, Chile and Uruguay.

Each boasts a wealth of renewable energy potential as well as available land, which investors will need to leverage to generate the masses of cheap and clean electricity required to help turn a profit.

The countries are home to projects geared to meeting local demand or applications, as well as larger-scale initiatives targeting the export market.

Across the wider Latin American region, export-focused projects are trending up as stakeholders enter talks with traders and potential offtakers.

Such projects, especially those with buyers lined up and that are de-risked, should be better positioned to secure private sector financing.

Europe, on account of production limitations, is seen as a major future offtaker of green hydrogen from Latin America and other regions.

Hydrogen could account for 10-15% of the energy mix in Europe by 2050, said Béatrice Buffon, senior executive VP at French energy firm EDF’s international division and vice chair for Europe at the World Energy Council. Around 30Mt of hydrogen, or about half of what it requires, would need importing a year. Associated requisite investment would be US$1tn, with half for production and half for logistics infrastructure. "It means huge investment," Buffon said earlier this week.

The climate crisis and Russia’s energy stranglehold on Europe has sharped the focus of Western policymakers on alternatives to fossil fuels.

Derivative product green ammonia, which is easier than hydrogen to transport and can be used in the fertilizer, shipping fuel and power generation sectors, among others, is today the preferred carrier. Global ammonia production is around 200Mt/y. Projects which have already been committed add up to around 10Mt of green ammonia by 2030, with the full pipeline of projects reaching 50Mt, Dolf Gielen, director of international renewable energy agency IRENA’s innovation and technology center, told BNamericas recently.

Chile has broken ground on its first pilot project, which will create synthetic fuels.

The US$51mn project – Haru Oni – is due to begin commercial operations in the second half of the year.

With world-class wind and solar resources and a favorable operating environment, Chile is also home to 12 other green hydrogen projects, all at the early works stage, according to the BNamericas project profiles database.

Among them is the export-focused US$3bn HNH green ammonia initiative, with planned output of 850,000t/y. Chile – working on a law to treat hydrogen as a fuel, to send a strong signal to the market – also has green hydrogen projects linked to the local mining sector. The HNH facility is due to enter operations in 2028.

Elsewhere on the green hydrogen map, companies HyNewGen, Linde, Vopak and Rotterdam port in Holland are finalizing feasibility studies for project Tango, a plant with planned green ammonia capacity of 430,000t/y, according to local press. The target market is Europe and initial production, of 172,000t/y, is penciled in to start from 2027.

Vopak and other partners are working on plans to build a green ammonia import terminal at Rotterdam, due to enter operations in 2026.

Argentina’s flagship green hydrogen project is the 2.2Mt/y, US$8.4bn Pampas facility planned for Río Negro province by Australian company Fortescue Future Industries. While the project is still in the early planning phases, the target is to start exports from 2027, according to the local government. Provincial lawmakers have passed associated bills in preparation and studies-phase work is underway.

Elsewhere, Texas-based MMEX Resources Corporation is mulling the construction of a US$500mn green hydrogen production facility. According to Tierra del Fuego provincial authorities, MMEX plans to install 160MW of electrolysis capacity in the province’s north, together with a wind farm to power the project. It would produce roughly 20,000t/y of ammonia.

The authorities recently said they were conducting studies into the jurisdiction’s potential as a producer of green hydrogen. Company Fractal ARG was carrying out the project.

Jujuy province is also looking to enter the green hydrogen race, with a facility – in the studies phase – powered by a 200MW solar thermal plant, Argentine business paper Infobae reported in March.

Argentina has a wealth of wind and solar resources and large swathes of uninhabited territory. A potential dampener on investor appetite is the country’s high inflation and capital controls.

Wind-blessed Uruguay, with a business-friendly operating environment, is also advancing along the green hydrogen highway.

Output would be used in Germany to substitute around 10% of methanol conventionally produced from Russian crude oil at Germany’s largest refinery.

Uruguayan officials have previously said bidding processes would also be launched for onshore and offshore green hydrogen production projects, designed to woo private investment. Uruguay is eyeing both the domestic and export markets.

Proposals are due by June 8, after the deadline was extended. The government has established a US$10mn project funding pot, which would be delivered as a grant and disbursed over 10 years.

Projects must involve electrolyzers of over 1.5MW in capacity and be in operation before 2025. Uruguayan companies, as well as consortiums formed by local firms and units of foreign players, can participate.

It will be possible through a collaboration agreement signed today between SALTIC and REMSA.

Energía Argentina officials are, in parallel, still finalizing several tender processes associated with the publicly funded first phase, which the ...