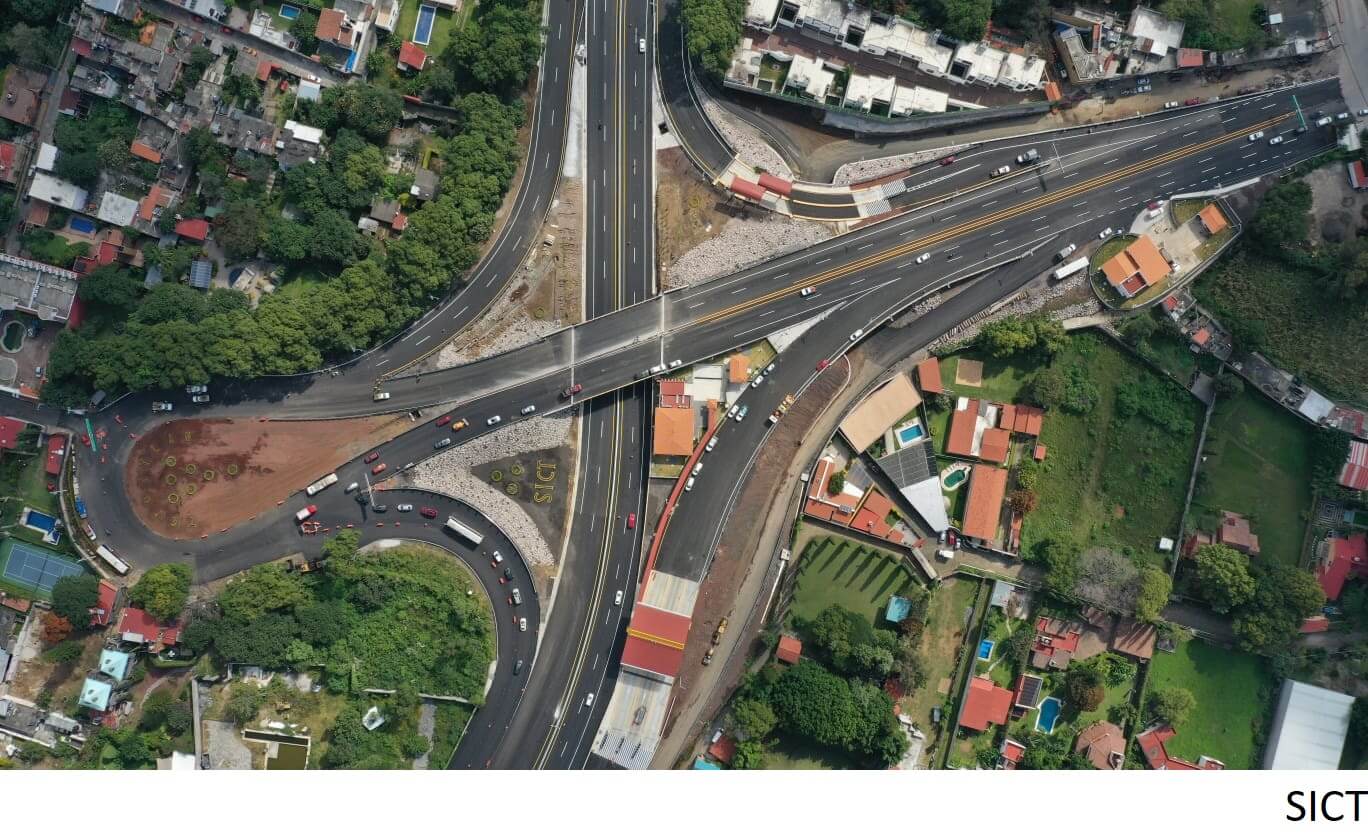 The Mexican government has a portfolio of 12 major highway projects left to complete before President Andrés Manuel López Obrador’s term ends in 2024, a year by which he promised not to leave any of his projects unfinished.

On Sunday, the president – known as AMLO – and other officials opened the 4.3bn-peso (US$216mn) La Pera-Cuahutla highway modernization in Morelos state, which involved increasing the number of lanes from two to four along a 27km stretch.

The BNamericas Project Database contains more than 20 major ongoing highway works in Mexico. These are the 12 AMLO has pledged to complete.

Among the biggest projects are the 7.6bn-peso refurbishment and widening of the Mitla-Tehuantepec route, a 169km road linking the central valley of Oaxaca to the Pacific coast, and the 8.2bn-peso construction of the Barranca Larga-Ventanilla toll road, a 169km highway linking the city of Oaxaca with Puerto Escondido.

According to an update at the beginning of October, the former has reached 65% progress and will be concluded by the end of 2023, while the second stands at 83.9% and will be completed at the end of this year.

In May, the infrastructure, communications and transport ministry (SICT) said it would invest 768bn pesos in road and rail infrastructure in 2022. Among the projects, the ministry mentioned the 2.3bn-peso modernization of the the Cayaco-San Marcos section of the Acapulco-Huatulco highway where Guerrero and Oaxaca states meet.

Also mentioned by SICT in May was the Acayucan-La Ventosa highway in Veracruz and Oaxaca states, which is part of the Tehuantepec rail corridor project.

Although the project was launched over a decade ago, López Obrador promised to finish it. The 173km road involves 76km in Veracruz and 97km in Oaxaca. It includes work on eight bridges, two bypasses, the construction of five underpasses and two overpasses, three pedestrian underpasses, and four intersections.

Road concessionaire Roadis continues construction on the estimated 7bn-peso Santa Catarina urban viaduct after the federal government amended the contract so it could build the 8km bridge in exchange for a longer concession period.

Governor Samuel García opened the first stage on October 15, local news site Posta reported. The overall project involves five stages, of which three have been underway since 2020, according to daily El Economista. No further updates have been provided by the operator or the federal government.

Although it has been a while since Mexicana de Técnicos en Autopistas (META) reported progress on the almost 40km Ventura-El Peyote highway, which involves estimated capex of 4.2bn pesos, it is known that the project continues to advance, as it is part of the public-private PNI program launched by the federal government at the end of 2020.

Another ongoing highway project involves the 2.2bn-peso Colima bypass that is being built by Recsa and operator Dynfra. The project involves a 23.5km stretch but suffered delays in September, according to the BNamericas Project Database.

There is also the 3.3bn-peso Ciudad Juárez bypass in Chihuahua state, on which works kicked off in 2021, and the 3bn-peso Ixmiquilpan bypass in Hidalgo, where works had not started as of January due to a consultation with indigenous people in the state, Coconal, the company that is building both projects, told BNamericas at the time.

Meanwhile, operator Aleatica told BNamericas last year that it planned on kicking off the 77km Atizapán-Atlacomulco highway that will connect Mexico City with Mexico state this year.

López Obrador confirmed that the construction of the Mayan Train is a feat of the government of the fourth transformation that is being carried out...