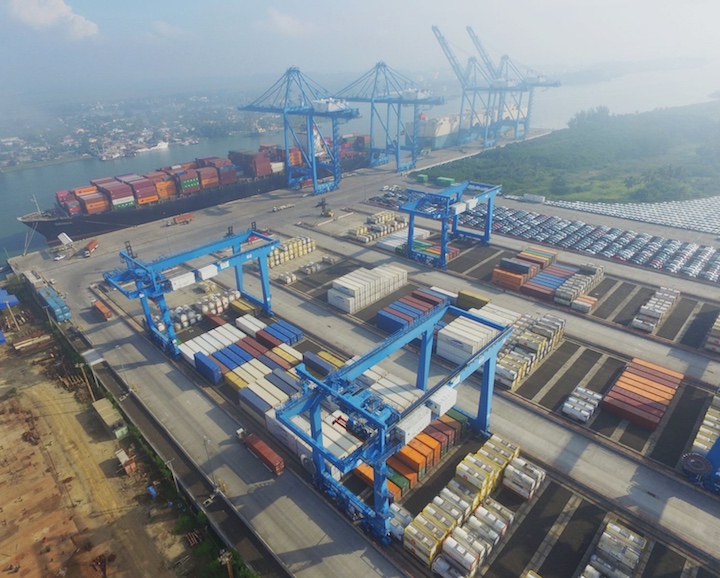 Liquid hydrocarbons storage projects in Mexico have come into focus with the rapid rollout of private gasoline stations and expected storage needs, and rising refined products output under the government’s plans for Pemex.

After storage nearly maxed out in April on low demand during the COVID-19 lockdown, the energy ministry instituted a new rule starting July 1.

The provision, applicable to those that sell to the public, requests marketers and distributors of gasoline, diesel and jet fuel to be able to store a minimum inventory equivalent of respectively five days, three days, and a day and a half of sales.

But the policy has triggered resistance, and 11 legal motions were filed to suspend the minimum storage policy, local outlet El Sol de México reported. Companies that filed the motions claim the rule hurts their competitiveness.

Beyond the initial capacity shock in April, impacts from the pandemic have led to delays and financing issues across the industry.

BNamericas provides an overview of liquid hydrocarbons storage projects in early works or under construction with capex of at least US$100mn.

The projects are broken down into sub-regional hubs of activity including the cluster of projects in Altamira, Tamaulipas and Tuxpan, Veracruz; two projects in Veracruz; projects under development in Baja California and Sonora states; and inland and port storage facilities in the Pacific region.

The terminal covers the storage aspect of the TIFT development which will work in conjunction with the TIFT-D loading/unloading project.

At 293km from Mexico City, Tuxpan is considered the closest port to the capital. As of March, TIFT-A has registered a progress of 50%, and operations are expected to start in Q4, El Noticiero reported. It will store regular gasoline, premium gasoline, diesel and jet fuel (Jet A-1).

The project is expected to offload 80% of its stockpiles to Total and Repsol, with Total to take the largest share through its subsidiary Total Atlantic Trading Mexico.

SSA México director Manuel Fernández told daily Reforma in October that the company will invest US$280mn in its Tuxpan port development, adding that with TIFT-A and TIFT-D in operation, the company should be able to unload 100,000b of liquid hydrocarbons per day and store up to 2.2Mb (million barrels).

He also said that the flattening works for the terminal started in late 2018, as the installation of storage tanks has advanced this year. The expectation is that construction will conclude next year, Reforma reported.

The project consists of an integrated hydrocarbons distribution system that includes a 265km 24” pipeline connected to storage terminals to be built in Tula (near Mexico City) with 1.2Mb of storage capacity and a 1.4Mb storage facility in Tuxpan (1km from pier). Invex estimates the maximum system capacity in the pipeline to be 330,000b/d. The most recent update said it will come online in December.

This terminal will allow fuel imports from the US with Panamax vessels. The facility will provide services for the receipt, storage and delivery of gasoline, diesel and jet fuel, which will be transported via trucks. The terminal will provide access to Bajío region through the KCSM railway network. It is part of the Altamira-Bajío Petroleum Supply Network (SUPERA) of Avant Energy and is planned to be operational by December 2021.

A June update said the companies were looking for clients with long-term contracts. Due to the local market’s volatility, it has been impossible to consolidate the financing schemes for construction start. Financial structuring will continue to make the project viable.

Detailed engineering was developed and EPC contracting processes were carried out, but the respective contracts did not materialize. Avant Energy will not advance in this line.

The project will be suspended for at least six months and resumption will depend on market stability, Alejandro Gochicoa, project manager at Avant Energy, told BNamericas.

The project involves building a 350,000b gasoline terminal. It is one of five projects in Enermex’s pipeline to service Mexico City, plus an LNG project in Salina Cruz, Oaxaca, and unrefined products projects in Tuxpan, Veracruz, and Dos Bocas, Tabasco. El Financiero reported that capex for all five of Enermex’s projects would be US$500mn.

With the expansion, Pemex aims to create additional infrastructure at the Tuxpan terminal to meet growing gasoline demand from Mexico City. Pemex seeks to increase the capacity of the Tuxpan pipeline and the storage and distribution facility, as well as to double production.

The project involves building a marine terminal in Tuxpan and link it to the Tuxpan-Tula refined products pipeline, connecting the Gulf coast to the distribution hub at Tula in central Mexico. However, no news have emerged since January 2019, when an update said the owners were awaiting a construction permit.

The project consists of the construction and operation of a public port terminal on 122,818m2 for the handling of bulk fluids, including gasoline, diesel, jet fuel and MTBE. The management of petroleum derivatives will be carried out through pipelines from the terminal to the logistics zone and will have rail links with other regions of the Gulf area, central Veracruz region, and throughout the southeast of the country.

In February, a new end date of June was reported, but was moved to December that same month.

The project along the southern Veracruz oil and gas hub consists of building, equipping, and operating a specialized facility for handling and storing hydrocarbons, petroleum, petrochemicals and other technically viable fluids. It also involves the laying of pipelines toward the docks.

Other tasks include providing services such as loading, unloading, stacking, storage, stowage and haulage within the terminal. It is now expected to be integrated into the planned Tehuantepec isthmus inter-oceanic corridor.

Expected to be in operation at end-2020, the terminal covers 116,144m2, of which 97,028m2 are on land and 19,116m2 are maritime surface. It will be a specialized terminal for the management and storage of hydrocarbons, petroleum, petrochemicals and other fluids.

– Sempra Energy’s Mexican subsidiary IEnova cited counterparty risk as a concern with the COVID-19 crisis, but company executives said the firm is well-positioned to carry out project plans and maintain liquidity throughout the pandemic.

This is one of several storage projects with total capacity of 2Mb being advanced by Marathon Petroleum along with the terminal project in Rosarito, Baja California and Manzanillo, Colima. Marathon owns the Tesoro and Arco brands where Andeavor is its marketing, logistics and refining company. So the Rosaritos/Topolobampo/Manzanillo projects are related to the supply of gasoline from Marathon to the 185 Arco stations and 21 Tesoro stations in Mexico.

El Financiero reported Marathon has another project, Nuup, to be developed by Itzoil in El Salto, Jalisco, with capacity of 450,000 barrels.

The project entails building a refined products terminal aimed at reducing costs of fuel imports for the Arco service stations network in northwestern Mexico. The network is owned by US energy logistics company Andeavor, a subsidiary of Marathon Petroleum.

The US company will build and operate the facility on leased land within state-owned electricity utility CFE's storage facility.

The project consists of the development, construction and operation of a marine terminal for the receipt, storage and delivery of hydrocarbons, mainly gasoline and diesel. The terminal will expand the supply options and improve logistics in the supply of refined products in Baja California.

Part of Enermex’s US$500mn bundle of storage projects, this project involves the construction of a gasoline terminal with capacity of 600,000b.

The storage system is designed to carry out the reception, storage and delivery activities of petroleum products and bioenergetics, such as premium and regular gasoline, diesel, jet fuel, Avgas, fuel oil, diluent (cutter), ethanol and MTBE.

Works were scheduled to start in May, but due to problems with permits and the pandemic, construction has been postponed until further notice. The detailed engineering was also delayed, with completion expected by August, a source close to the project told BNamericas.