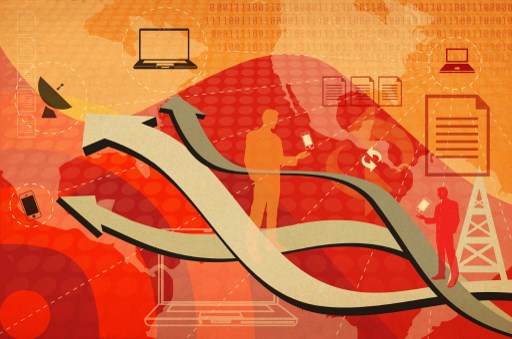 Landlocked between Argentina, Brazil and Bolivia and with no direct link to the sea, Paraguay has historically struggled to get international data in and out of the country smoothly, with quality and low latency. But this could be changing.

There country has limited cable connections to its neighbors. Few companies currently provide this type of capacity, with a handful of local players providing access through Argentina or limited capacity links with Brazil.

But now, eyeing opportunities, new companies are opening points of presence and expand fiber backbone to the country.

One of these players is Brazil’s optical communications provider Celérix. The company took earlier this year its backbone to Foz do Iguaçu, near the Paraguayan border with Brazil and Argentina.

There, Celerix’s backbone connects to a point-of-presence set up by a Paraguayan partner, which becomes responsible for local traffic distribution.

Now, the company is in talks to extend the network up to capital Asunción.

“We are in negotiations with partners to arrive in Asunción. Our idea is to have this settled in the next 180 days,” Celérix director Fernando Oliveira Filho told BNamericas.

Overall, the company’s backbone has 1,000km and spreads through 45 cities of four Brazilian states. The goal is to add another 400km by the end of 2020, with total investments estimated at 100mn reais (US$23.8mn).

“Many companies offload soy to export up to the port of Paranaguá, in Brazil, and therefore need real-time connection. Paraguay needs connection to the Atlantic networks,” Oliveira Filho said.

Brazil is Paraguay's main trading partner, absorbing about one third of Paraguayan exports.

In 2018, bilateral trade reached US$4bn, an increase of 7.6% over the previous year, with surplus of US$1.75bn to Brazil according to the Brazilian economy ministry. Brazil also has the second largest direct investment stock in Paraguay, estimated at US$970mn.

Another company taking fiber to Paraguay is Argentina-based Silica Networks.

Red Capricornio is the name of a project Silica is carrying out in partnership with Brazil’s Padtec to connect Chile to Brazil via land.

The first phase of this project, already completed, connects the cities of Chaco, Formosa and Misiones, in Argentina, to the cities of Santa Catarina and Paraná, in Brazil.

In a second phase of the project, the network will have more than 15,000km from the Pacific to the Atlantic, connecting Chile and crossing the Andes through northern Argentina, the main cities of Bolivia and Paraguay and southern Brazil.

Angolan multinational Angola Cables has a deal with Silica to take its international submarine network arriving in Fortaleza and Praia Grande in Brazil to Argentina and Chile.

Once completed, the network is expected to benefit more than 26mn people in five countries.

Jorge Salomão, general manager of Silica Networks told BNamericas that the company is in negotiations to extend its network from Puerto Iguazu to capital Asunción, as Celérix, is in advanced talks with potential clients in Paraguay.

“I think the moment is positive for these investments in Paraguay. We have several Brazilian textile companies, for example, moving to the country and that could benefit from these routes,” Salomão told BNamericas.

Despite not having an exit to the sea, Paraguay has rivers that could facilitate the deployment of fiber-optic cables. Peru and Brazil are taking a similar approach in the Amazon basin, for example, to connect remote localities.

In March, the Paraguayan government announced it was negotiating with the Argentine government to pass fiber through Argentina.

On that occasion, ICT minister Alejandro Vierci said that two options were being studied: connecting Paraguayan fiber optics to cables on the seabed through terrestrial routes or using the riverbed of the Paraguay River, from Asunción to Río de la Plata, in Buenos Aires. Talks have not yet advanced, though.

Another yet-to-evolve initiative is the Banda Ancha Paraguay project, under which faster and cheaper broadband services could come to Paraguay using existing electric power and fiber optic lines from the hydroelectric Itaipu dam.

The project is being financed entirely by the Brazil-Paraguay electric power joint venture Itaipu Binacional.

In 2018, Paraguay internet speeds hovered at around 2.1Mbps, according to the ITU IDI internet development index, a third of Brazil's 6.6Mbps.

At the same time, the cost of transporting internet from wholesale providers in São Paulo or Buenos Aires to Asunción makes the final price to Paraguayan consumers five times higher.

Paraguay wants to reach sovereign management of its fiber optic cable in international connectivity with Argentina and Brazil.

The matter has been handled by the foreign ministry but it is a complex process since Argentine and Brazilian states also have to grant permits and provide the conditions to deploy cables.

BNamericas spoke with Genaro Coronel, coordinator of the climate change working group at Universidad Nacional de Asunción, about the impacts of ext...

The South American nation implemented a new system to improve the detection of cyber attacks.

Brazil likely to reinforce Mercosur ties after US setback

US$1.325bn to improve quality of life in Latin America with projects in cities, energy, road integration and water

Argentina, Brazil suffer as Trump appeals to base