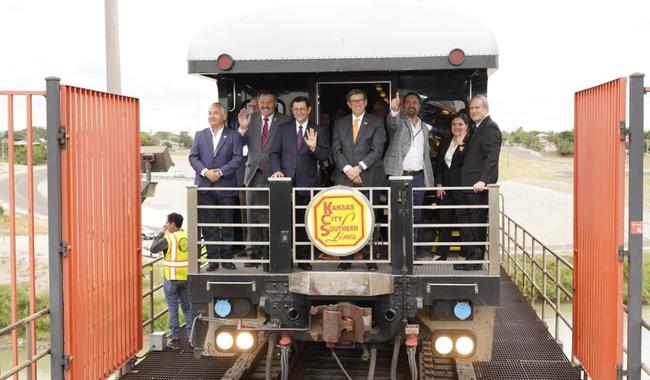 As part of a binational plan to strengthen border infrastructure between Mexico and the US, the authorities have made recent progress with two key projects.

The first involves the second international rail bridge at the Laredo-Nuevo Laredo crossing on the Texas-Tamaulipas border and the second concerns the Otay Mesa II port of entry between San Diego in California and Tijuana in Baja California.

In Mexico, the freight project is being led by US railway operator Kansas City Southern (KCS), while the border crossing project is led by the defense ministry (Sedena).

BNamericas takes a look at the details of the works.

It “includes the construction of a paid structure entirely privately funded by KCS,” the operator said in a statement that did not include the project’s cost.

Works are expected to finish in 2024, according to the Mexican authorities.

Last week, BNamericas reported that the project would kick off in October regardless of the ongoing merger process between KCS and Canadian Pacific.

The Mexican government signed an agreement on October 25 with the US authorities and private-sector parties on how to split toll revenues from the future Otay Mesa East border crossing.

Set to start operations by 2024, the project is being built by the governments on their respective side of the border and it will be the first time in history that a single toll collection point is created.

In September, BNamericas spoke with representatives from the San Diego Association of Governments (SANDAG) and the California Department of Transportation (Caltrans), which are leading the project along with the US and Mexican authorities. They unveiled new details about the project’s status, financing and goals, including information about highway works, toll plazas and an ICT tender.

Two Mexican universities will carry out studies for the project.

BNamericas talks to the winner of the Fibra Stadium contest.

Want to read more information about Spotlight: The progress at 2 Mexico-US border projects?