The state of distributed generation in LatAm ahead of 2020 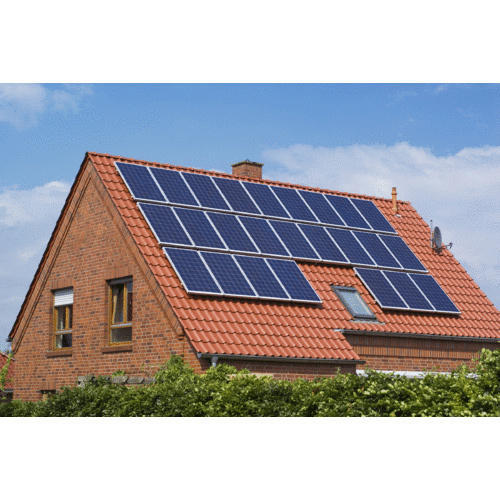 Distributed generation is quickly gaining acceptance in Latin America, with several countries adopting new regulations to allow small generators to connect directly to the distribution grid and sell their surplus power back into the grid.

In countries where distributed generation was already allowed in some form, regulators are looking to improve the framework to spur growth in a sector that increases renewable capacity with an extremely low environmental impact, like the Dominican Republic, Peru, Panama and Colombia.

In some countries, such as Costa Rica, small generators can connect to the grid and return their surplus energy, but the system lacks the proper regulation to make an investment attractive. In some regions, bureaucratic and long connection procedures keep the sector from taking off.

Read our report: The rise of distributed generation in Latin America

In general, the main regional roadblocks include a lack of robust regulation, improper remuneration schemes, inflexible grids and difficult access to financing. In countries where distributed generation is encouraged and incentivized, it usually faces resistance from other players that perceive the incentives as unnecessary subsidies. Big power companies have lobbied to end some of these benefits in Chile and Brazil.

Distributed generation can serve many purposes, but the most important are energy self-sufficiency and selling energy to the grid as any other generator would. In the first case, a household or commercial or industrial entity builds a generator to supply its own power needs. But whenever generation exceeds its demand, it sells the surplus either back to the grid coordinator or to the distribution company.

In the second case, a project is built with the goal of selling all or most of its production into the grid. Generally, while the first kind of project is below 300kW capacity, this second group comprises projects between 200kW and 10MW.

The size of the project is a key factor to determine if a distributed generator boom is possible in the region. A 200kW limit, for example, could allow customers to self-supply, but will inhibit the growth of an industry, where projects are financed expecting steady returns. Such markets have been formed in Chile, Brazil and Mexico.

So far, injections have been dominated by solar projects across the region because they are the cheapest to produce at a small scale. Below follows an overview of the main countries or each sub-region and their state of the distributed generation landscape.

In Chile, the regulation categorizes renewable projects below 10MW that connect to low-tension distribution grids or to medium-tension grids as small or medium distributed generation projects (PMGDs). Grid injection is remunerated by grid coordinator CEN through a price stabilization mechanism that makes a project’s returns more predictable and was established as an incentive for PMGD development. A separate regulation covers distributed generation for self-consumption meant for households and small industrial or commercial endeavors, where surplus production is sold back directly to the distribution company.

As result, Chile has seen a surge in PMGD generation in the last few years, with installed capacity surpassing 780MW earlier this year. The country’s project pipeline, meanwhile, includes 1.2GW of upcoming capacity.

Recently, the stabilized price mechanism has been up for review by regulators, mainly because of complaints by other industry actors arguing they amount to a disguised subsidy that adds inefficiency to the power system. While a stabilized regime will be maintained, it will be made more responsive to price changes in the overall system, authorities have said.

In Argentina, federal law 27.424 establishes the rules for the use of distributed generation. Users can build renewable generation capacity up to the limit they usually consume and return surplus production to the distributor. The regulation is meant for households and small industries and includes several tax benefits.

The regulation must be adhered individually by each province. So far, 12 provinces have ratified it and seven of them, in agreement with 99 power distributors, make it possible to connect right now. Installed distributed generation capacity has reached 344kW, with an additional 2.5MW in the pipeline, according to official data.

In Peru, two separate regulations govern private self-consumption (below 200kW) and medium distributed generation (above 200kW and below 10MW), which encompasses projects selling power to the grid through PPAs. These were drafted last year but have not come into effect yet.

The authorities are mulling adjustments to the regulation that could increase incentives and change the remuneration scheme. In the meantime, it is possible for projects meant for self-consumption and below 200kW to connect to the grid and return their surplus generation, although a series of roadblocks keep connections low.

In Ecuador, a 2018 regulation allows residential users to use generators below 300kW for self-consumption and commercial and industrial users to install generators below 1MW for the same purpose. So far, the sector has not seen a significant development due to an arcane and bureaucratic connection process.

Authorities are looking into potential new regulation allowing private projects aimed at selling power to the grid to develop in the country.

In Colombia, meanwhile, distributed generation and generation for self-consumption have been established categories in the regulation since 2014 and are defined as having an installed capacity of 100kW or less.

Brazil is the most advanced country in the region in developing distributed generation. Installed capacity has surged to 1.2GW through 101,761 projects in 2019 and is expected to reach 12GW by 2027, with investments totaling 60bn reais (US$14.5bn).

The regulation includes several benefits for developers which however have raised concerns with other industry actors, especially power distributors. Power regulator Aneel is expected to publish new rules in the first half of 2020.

In Mexico, regulation established in 2014 sets a category for distributed generation that includes a 500kW upper limit. In 2016 and 2017 a more detailed regulatory framework was established by regulatory body CRE that included incentives and open access to the network for projects that comply with its criteria. By mid-2018, installed capacity had reached 520MW. Solar distributed generation capacity is expected to reach 9GW by 2025.

In Panama, while net-metering (a mechanism where the distribution company discounts the power added to the distribution grid by a customer in its power bill) allows for some forms of distributed generation, authorities are looking to extend the framework and make it more robust.

As part of a plan to overhaul its small power sector, which has an installed capacity of 4GW, the country aims to increase competitiveness and incentivize renewable development. This would include finding financing options for distributed generation projects, an incentive that does not need state spending.

Meanwhile, in Costa Rica, installed distributed capacity shot up from 8MW in 2010 to over 50MW in 2019. To protect system stability, distributed generation is not allowed to make up more than 15% of the total grid.

These injections have been made under a framework where an amount of distributed capacity is tendered, and generators return their surplus to the distribution company. So far, no model exists for a private household or industrial customer to self-supply and sell any surplus power to the grid directly without participating in a tender. Since 95% of the country’s installed capacity is already renewable, it lacks a big incentive to spur growth in the sector.

Authorities are drafting some modifications to expedite the long-winded connection process.

A roundup of oil and gas news from Uruguay.

Chilean regulated energy auctions have adequately promoted competition while attaining low electricity prices, being the main driver of the system’...

Want to read more information about The state of distributed generation in LatAm ahead of 2020?